KARACHI: There was a time when fans of professional wrestling in Pakistan would never have thought they would see their favourite superstars performing live in the country. That changed in 2017. Pakistan’s own Badshah Khan and former WWE stars Wade Barrett and Carlito, among many others, entertained large crowds in Karachi, Lahore and Islamabad. The series of shows culminated with Khan winning the top heavyweight championship.

The company Ring of Pakistan (ROP, previously called PWE) is set to return to Pakistan in December now. Two shows are lined up this time around, one in Karachi on December 7 and another in Lahore on December 9. Twenty wrestlers will take part in the shows and we shall witness the current reigning and defending champion battle other international stars. 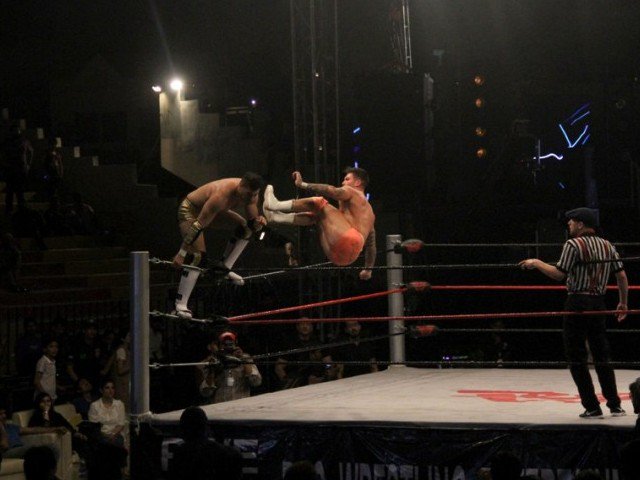 While the matches haven’t been disclosed yet, Masters has made it clear that he is coming to challenge Khan for the championship. Whether it will be in his infamous ‘Master Lock Challenge’ or not remains yet to be seen but we are sure to see him break out his popular submission hold. 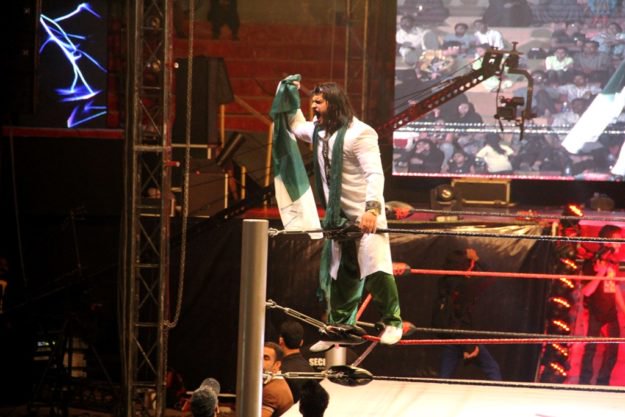 For promotional purposes before the shows, Khan visited the K7 Fitness and Kickboxing Academy in Karachi on

November 27. The local athletes demonstrated their training in kickboxing and Khan, in turn, taught a few wrestling moves to them. Upon being impressed with the athletes, Khan even claimed he thought he was there to teach them but instead, they showed him new techniques.

A decent-sized crowd gathered inside the academy to interact with the local wrestling star. Khan previously gained attention when he applied for WWE’s reality TV show ‘Tough Enough’ several years ago. While he wasn’t part of it, it earned him considerable fan following in Pakistan. Last year, Ring of Pakistan was built around the 21-year-old, who also wrestles in several other countries including France, his country of residence. 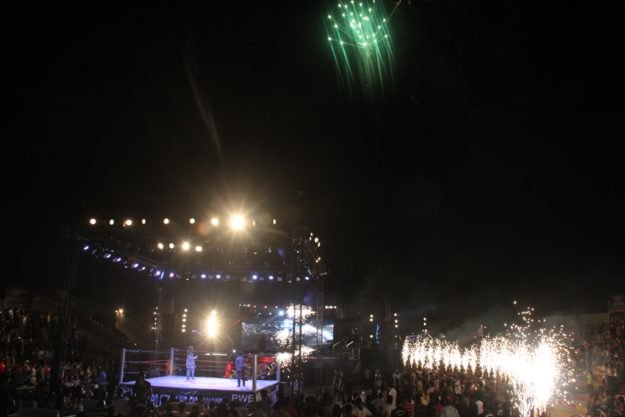 ROP CEO Imran Shah earlier spoke with The Express Tribune and clarified the company’s change in name from PWE to ROP. “The reason for this change is because there is already a wrestling promotion in New Zealand called PWE. We weren’t aware of that before and we needed to change it to avoid complications,” he explained. Subsequently, the company must repackage itself with a new presentation, and more importantly, a new championship belt. Shah confirmed that was the case.

Last year, the inexperienced team faced some technical difficulties early on and fixed them as the shows continued. Therefore, it’s best to believe that the quality of the shows will be better this time around, with the crew becoming more experienced in the dynamics of a wrestling show. Rest assured, the wildly loud fans will definitely make sure it’s a hit.

ROP shows will be held at KMC Sports Complex in Karachi on December 7, and the Alhamra Cultural Complex, Qaddafi Stadium, in Lahore on December 9. Tickets are available at bookitnow.pk.