Lieutenant Khawar and Naik Shehzad were martyred in an exchange of fire with terrorists, when security forces conducted an intelligence-based operation in FR Bannu on March 2. The gunfight also left four militants dead.

After offering Fateha on martyr’s grave, the two corps commanders visited the bereaved family and paid rich tributes to the Shaheed for his supreme sacrifice, read the statement. 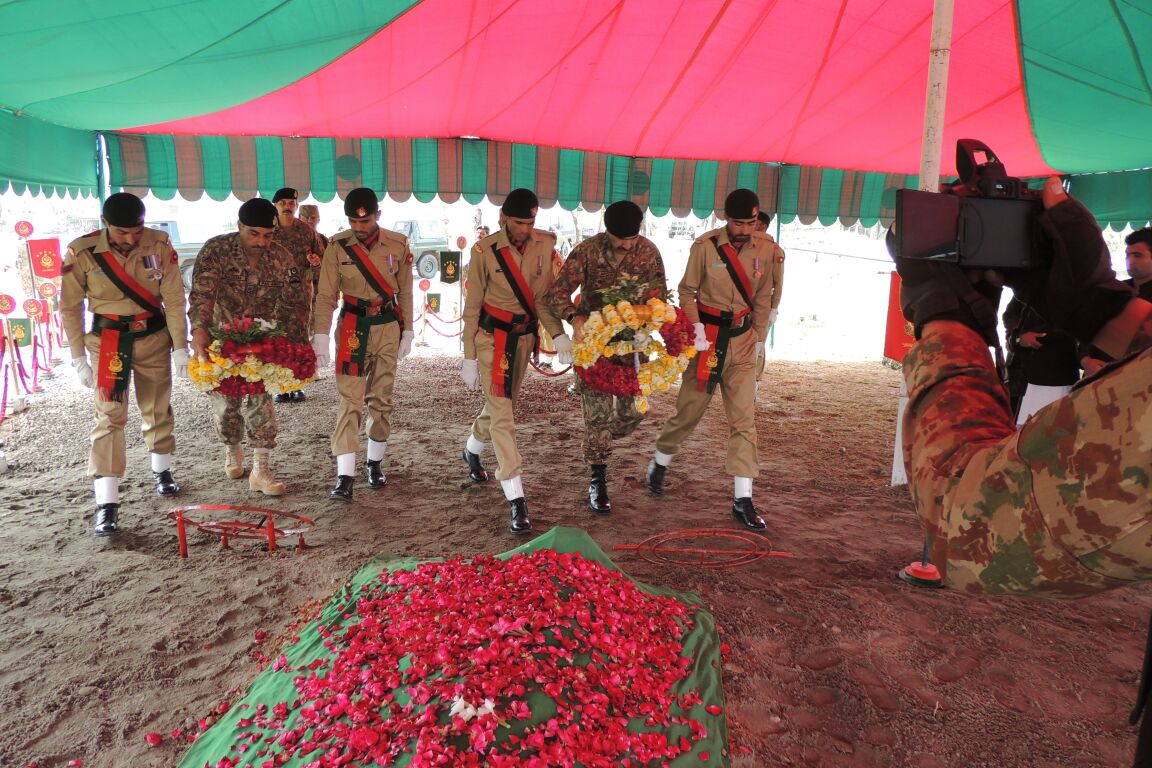 Corps Commander Rawalpindi Lt Gen Nadeem Raza recalled the courage and bravery of the officer and the distinction he achieved by winning a gold medal in boxing during his cadetship at Pakistan Military Academy, the ISPR said. 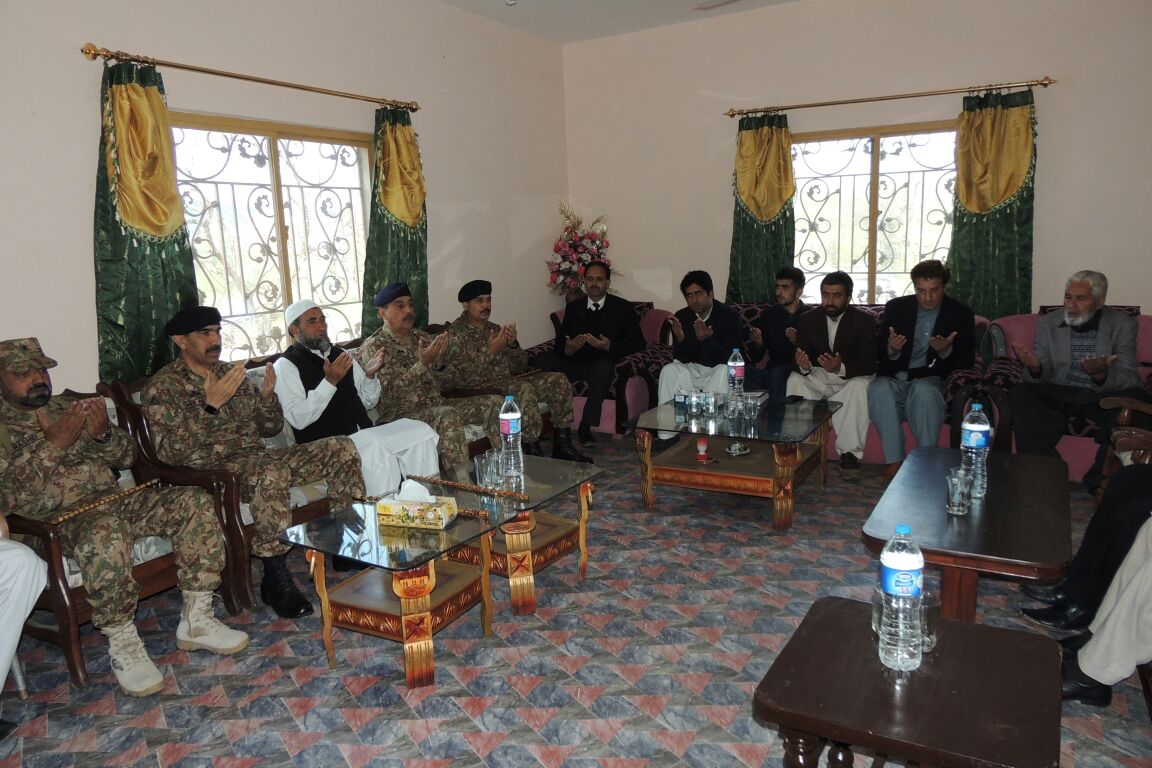 On the occasion, the father of the martyred officer and other relatives expressed their unflinching resolve to contribute even more for peace in the country, and to maintain its integrity and sovereignty, it added.]