Recently, Facebook-owned messaging service, WhatsApp once again lost its co-founder but this didn’t keep the company from improving the app as it just announced the group video call feature and stickers update at Facebook F8 2018 conference. Not only that but now, it has further introduced one more feature “Restricted Group” for its app. What it does is that it gives a Group Admin the power to control who can change group’s description and who cannot.

Normally, any member of the group is able to modify the group’s description but now, with this newly added feature, an admin can restrict this functionality for the non-administrators in the group. This feature keeps the unwanted edits away and adds a certain level of moderation to the group chats.

To enable the feature, WhatsApp has added a new section of ‘Group Settings’ inside the ‘group info’, where an admin can find the ‘Edit group info’ option and then set it to ‘only admins.’ 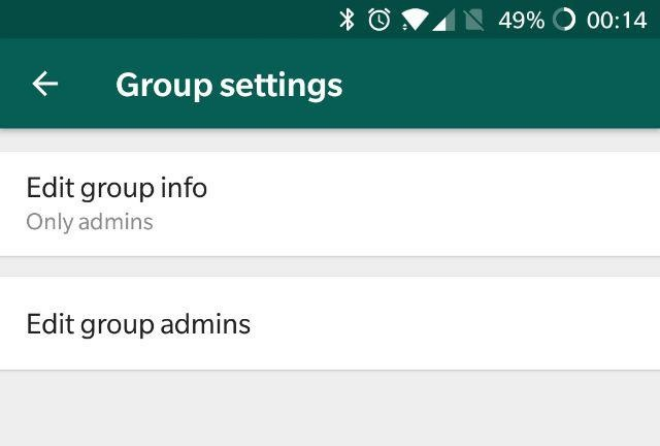 It must be noted that the new functionality is currently available on Android beta v2.18.132 only, however, it will soon be rolled out to all the users.

As per a report, WhatsApp will also be adding some other features to the Restricted Group functionality such as the ability to block participants from starting a live location session or even sending all kinds of messages like text, images, videos, GIFs, documents, and voice clips. Once restricted, the members would also be able to request the group admins to again allow them to post normally via a ‘Message Admin’ button.