According to rumors, Facebook-owned messenger is set to bring a feature similar to the popular Stories feature on SnapChat.

Stories are a series of short-lived videos or photographs that self-destruct themselves after 24 hours. Users utilize the feature to document their daily activities.

Once the feature is launched, users will be able to share their photos and videos on WhatsApp as part of a dedicated status, according to the report.

Prominent Twitter tipster for WhatsApp WABetaInfo claims the feature will be available for iOS users along with WhatsApp version 2.17.5 in the next few days. Android users can also expect to get the new feature in the future. 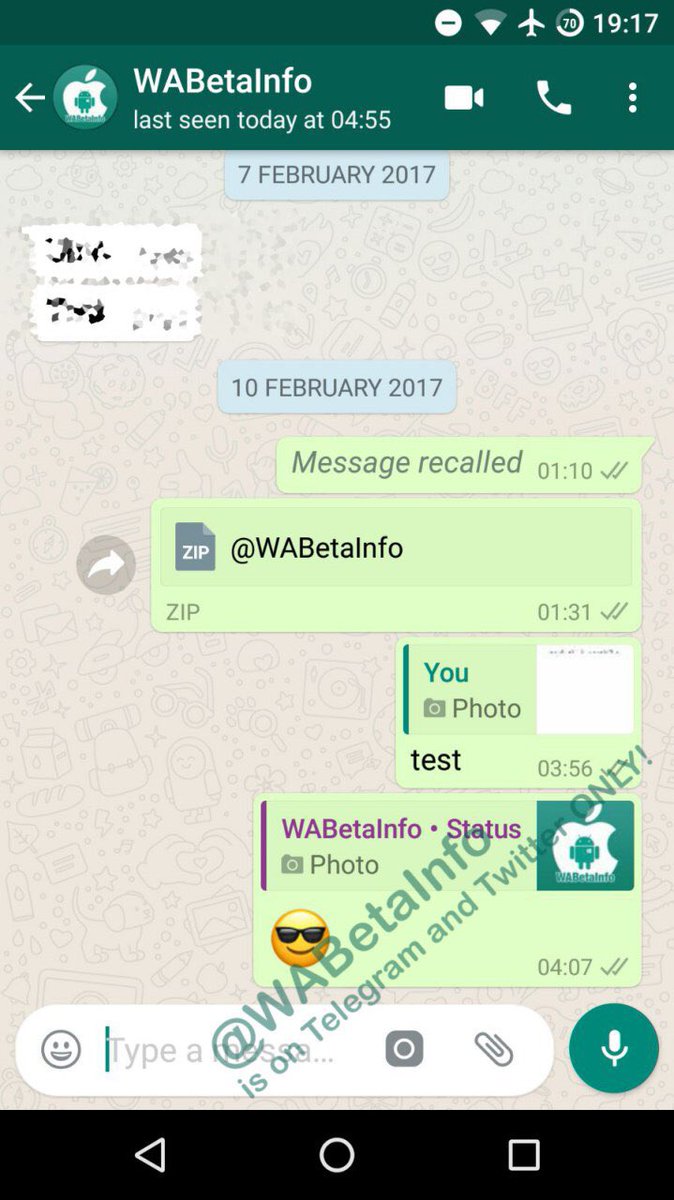 A new privacy settings menu is visible in the screenshot leaked by WABetainfo, which is likely to let users decide the audience to their status updates.

WhatsApp Web is also rumored to get an update to include the feature of deleting, forwarding or using the star option on multiple links and documents.

The messaging service is expected to soon empower its users with the ability to revoke, recall or edit messages already delivered to contacts, so no more embarrassment on cringe-inducing typos.