The US Central Command’s Twitter and YouTube accounts were suspended on Monday after apparently being hacked by Islamic State supporters.

The Twitter feed had several messages from hackers, including one telling American soldiers to “watch your back,” and the YouTube account had two videos that appeared to be linked to the Islamic State movement.

“In the name of Allah, the Most Gracious, the Most Merciful, the CyberCaliphate continues its CyberJihad,” the Centcom Twitter feed said. 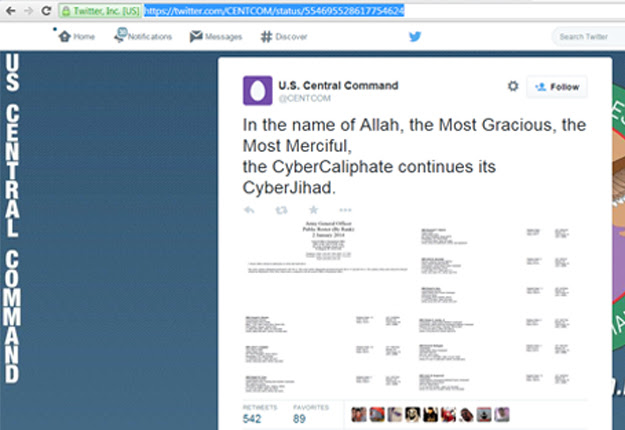