Fighters from the Islamic State in Iraq and the Levant (Isis) may be added to a list of war crimes suspects in Syria, the chief UN investigator says.

“They are good candidates for the list,” Paulo Pinheiro said, referring to public executions and crucifixions carried out by the militant group.

The confidential list was revealed to the UN Security Council and reporters for the first time on Friday.

People from both sides of the three-year Syria conflict are to be included.

Isis militants, who control vast swathes of territory in northern Syria and neighbouring Iraq, have been engaged in fierce fighting with Syrian government forces in Raqqa province in recent days.

“I can assure you that we are collecting information on perpetrators from all sides including non-state armed groups and Isis,” Mr Pinheiro, the head of the independent UN commission on Syrian war crimes, told reporters.

“I am not in a position to say who is winning the World Cup of human rights violations. Both sides are doing horrific things and they will continue if there is no accountability,” he added.

As well as Isis, Mr Pinheiro specified the heads of Syrian intelligence branches and detention facilities, military commanders who target civilians, airports where bombing attacks are launched and armed groups and individuals involved in “attacking and forcibly displacing civilians”. 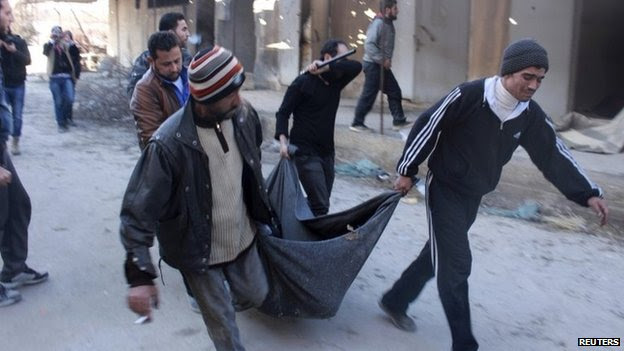 UN human rights investigator Karen Koning Abu Zayd has also warned that more and more Syrian rebels are defecting from their own groups to join the hardline Isis insurgency.

Meanwhile, Isis rebels said on Friday they had seized control of a large military base on the outskirts of the northern city of Raqqa.

They released images of captured soldiers being beheaded after the battle for the base, the largest of its kind in the north-east of Syria.

At least 170,000 people have been killed, a third of them civilians, since the start of the uprising against President Bashar al-Assad in March 2011.

Some nine million people, or a third of Syria’s pre-war population, have fled their homes.

The UN Commission of Inquiry on Syria was set up in September 2011 in order to collect witness accounts, satellite photographs and other information documenting human rights violations throughout the conflict.