At least two police officials have been martyred in an attack near the Chinese Consulate General in Karachi’s Clifton area early Friday.

According to Sindh Police, the attackers tried to enter the Chinese Counsalte’s premises and opened fire. Multiple explosions were also reportedly heard in the area.

DIG South Javeed Alam Odho said a terrorist with suicide vest was gunned down by security forces. Police officials confirmed another two terrorists were killed in fire exchange. Suicide jacket, arms and ammunition have been recovered from the attackers. 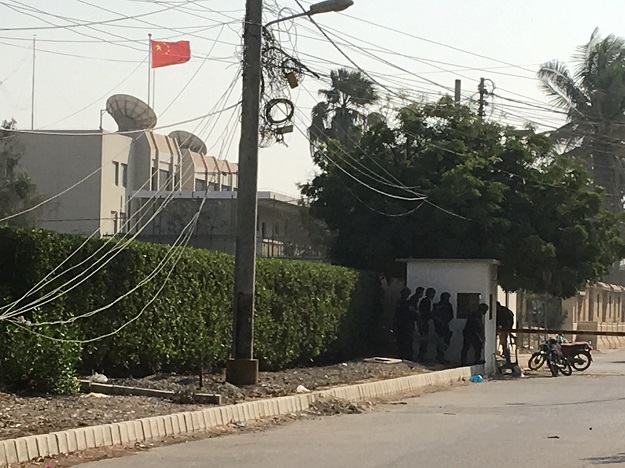 The bodies and injured have been shifted to Jinnah Post Graduate Medical Centre. Dr Seemi Jamali said the condition of a security guard wounded in the attack is critical.

A heavy contingent of security forces have cordoned off the area and a search operation is ongoing.

This is a developing story and will be updated accordingly.