Champions Trophy winning captain Sarfraz Ahmed and Rumman Raees Tuesday reached Pakistan with the trophy, and were warmly welcomed by Sindh Governor Muhammad Zubair and Karachi Mayor Waseem Akhter at the Jinnah International Airport along with thousands of fans.

Pakistan had crushed India in the final of ICC Champions Trophy that was played at The Oval on Sunday by a humiliating defeat of 180 runs, and lifted the trophy for the first time in history.

The music bands greeted the players by playing different melodies, and the traditional gifts of Sindhi Topi and Ajrak were presented to the skipper.

Sarfraz Ahmed talked to the media and said Pakistan team made a wonderful comeback after losing the first match against India, and played some exceptional cricket. He said all the players deserve huge amount of praise. 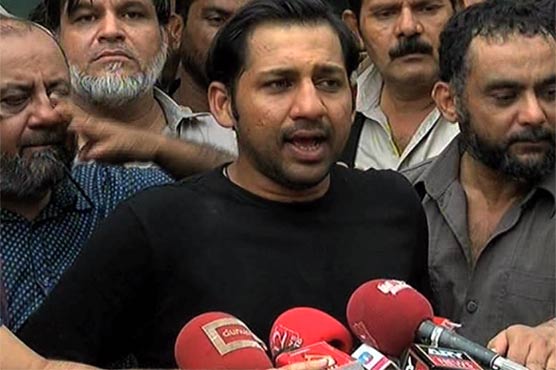 Sindh Governor also expressed his views and declared the victory against India in the final of Champions Trophy a gift for Eid.

Sarfraz Ahmed was then escorted to his home in strict security where thousands of his fans and neighbors were waiting eagerly for him, and he took selfies of this memorable reception. 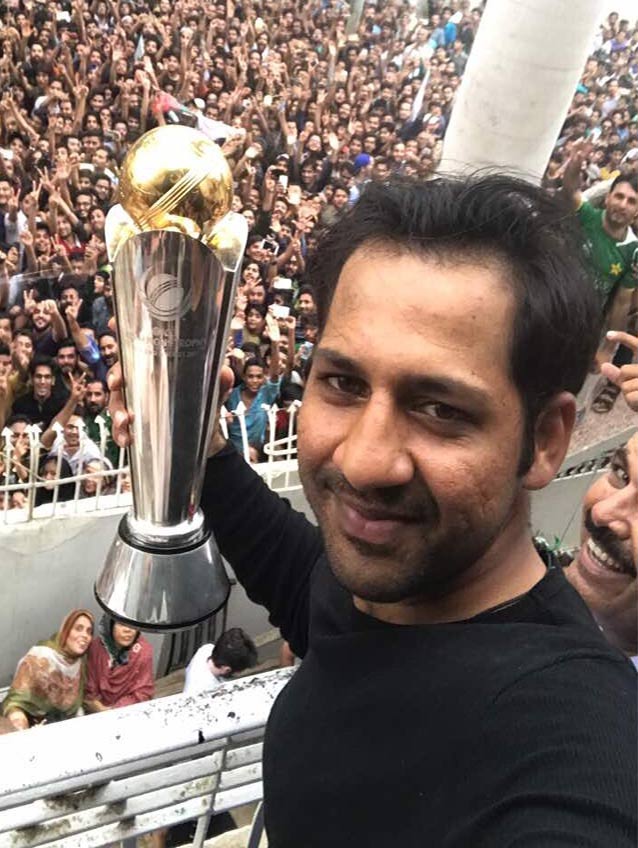 Owing to the enthusiasm of his fans, Sarfraz once again held up the Champions Trophy standing in the balcony of his house in Bufferzone, and raised slogans of ‘Pakistan Zindabad’ in front of the cheering admirers. 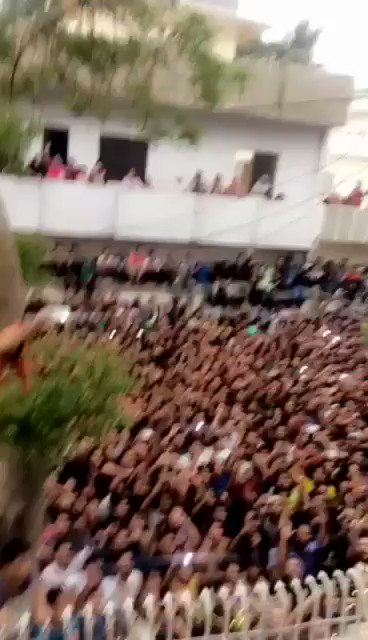 memorable day of lifee!! Thankyou @SarfarazA_54 for this unreal moment!