Explosion near Inspector General of Police Ehsan Mehboob’s office in Quetta has killed 13 people, including 4 policeman, and over a dozen have been injured. Four are said to be in critical condition, including a girl around 10 years of age.

According to confirmed reports on Waqt News, “It was a suicide bombing and about 75 kgs of explosives were in the car.” The car is said to have been destroyed and windows of nearby buildings smashed due to the intensity of the blast.

Jamaat-ur-Ahrar, a splinter group of the Pakistani Taliban, claimed responsibility for the attack in a message sent to Reuters by spokesman Asad Mansur.

Abdul Razzaq Cheema, director general of police in Baluchistan province, told Reuters it appeared the bomber had detonated a car packed with explosives. He said 15 people had been wounded.

An eyewitness told The Nation, “I was two minutes away from the scene when a loud explosion was heard. The intensity of the explosion was so severe that when the dust settled, a leg of a policeman was lying near me.”

It was a blessing that the car did not enter the Cantonment area as the Hazara community was to take out a procession today regarding Quds day, he added. 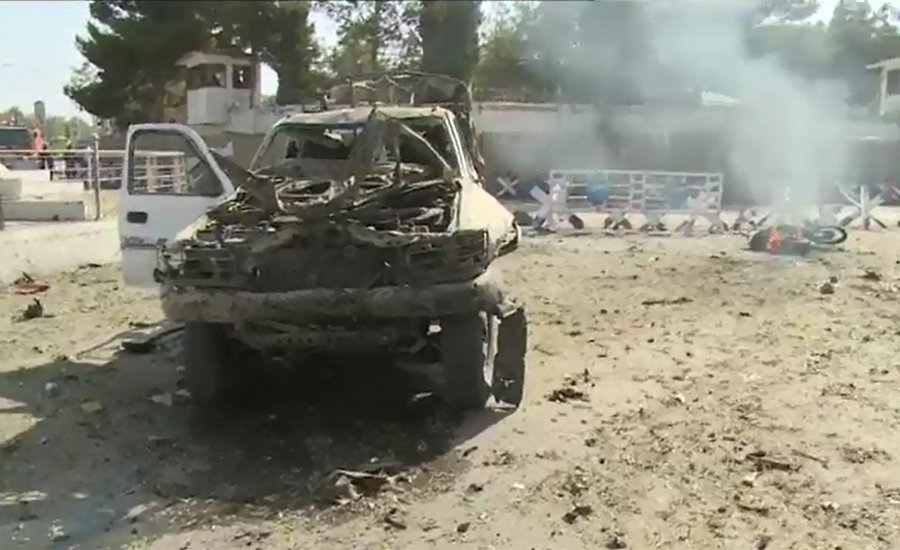 Security teams have cordoned off the area and started an investigation.

The bomb disposal squad has been called to the site and investigations are under way, a police spokesperson said. 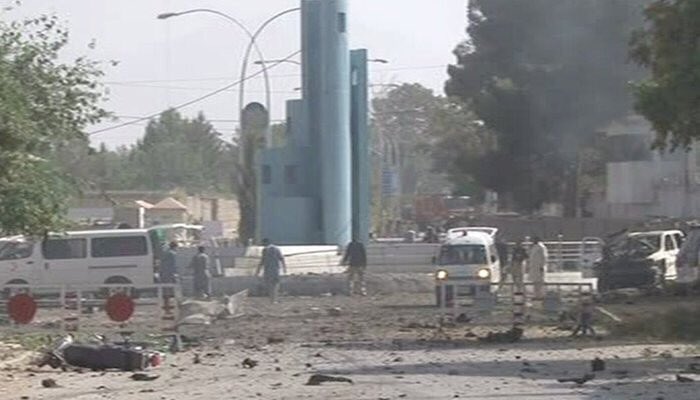 Balochistan government spokesman Anwar-ul-Haq Kakar said that the explosion took place at around 9:00 am when the police officers were checking the suspected car. He also said, “There were already intelligence reports that an attack would take place near Eid, we had increased security. It’s possible the IG office was the target, or the assailants were trying to enter the (army) cantonment which is close by,” he said. 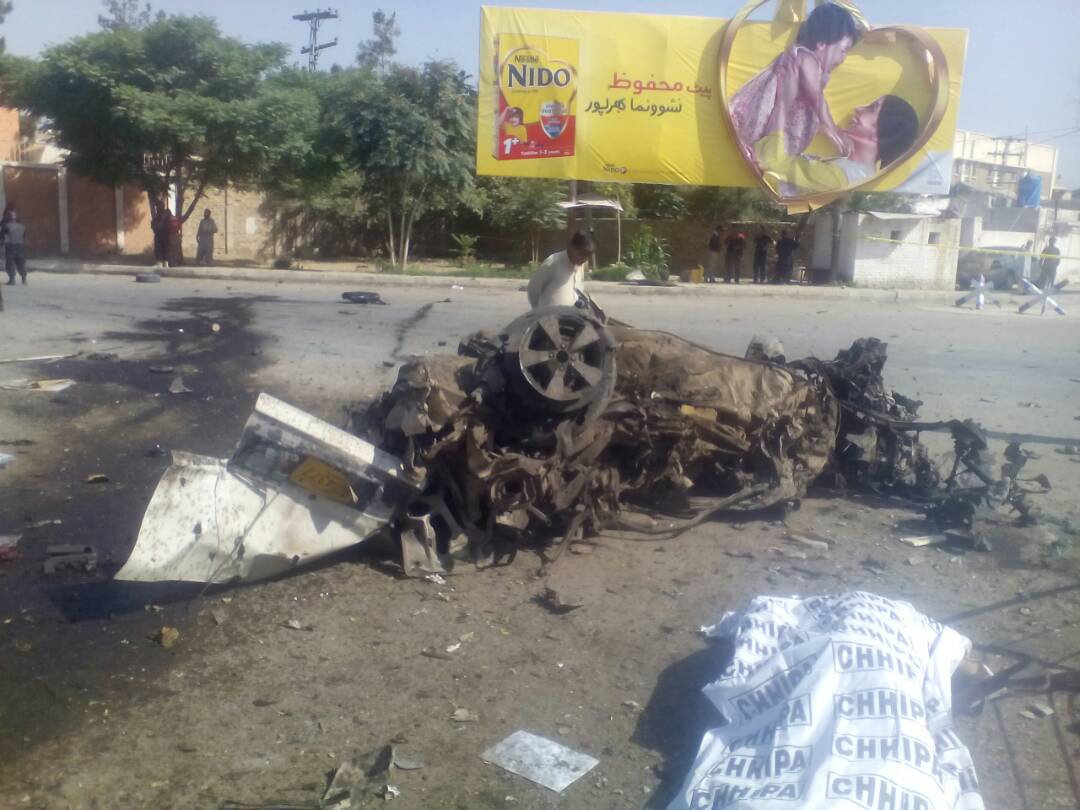 Prime Minister Muhammad Nawaz Sharif strongly condemned the act in Quetta. He directed the authorities at federal and provincial
levels to hunt down the perpetrators of this heinous act and bring them to justice. The provincial government should provide best medical treatment to the injured. “These cowardly attacks are a sign of growing frustration of terrorists
and extremists who have even targeted innocent civilians during the Holy month of Ramazan,” the PM said. He also said, “Such elements deserved no mercy and would meet their fate soon in view of the unflinching and united resolve of the entire nation against terrorism and extremism.”

Minister of Interior Chaudary Nisar has condemned the incident and asked the authorities to submit a report. Expressing grief and sorrow over the loss of precious lives in the incident, he prayed for the early recovery of the injured.

In their messages, they expressed grief and sorrow over the loss of precious lives in the bomb blast.

According to police, extra security measures had being taken for ‘Juma tul wida’ (the last friday in ramzan) and Eid ul Fitr.

This ramzan a number of terrorist attacks have taken place globally but Afghanistan has been the worst hit.

Quetta is about 100 km (60 miles) east of the border with Afghanistan and is the capital of Baluchistan, which has been plagued by militant violence. The province is the base of a separatist movement as well as home to the Taliban and other militant Islamist groups.

It is also at the center of Chinese-backed “Belt and Road” development projects worth $57 billion that first focused on Chinese firms building roads and power stations but is now expanding to include setting up industries.

That attack prompted Pakistan to boost security around Chinese nationals and other foreigners in the province, which is already one of the most militarised regions in the country.