LAHORE (Dunya News) – Stern security arrangements have been ensured across the country on the occasion of 9th Muharram today (Saturday).

Heavy contingents of police, Rangers and Elite force have been deployed in the sensitive areas countrywide to avoid any untoward situation whereas aerial surveillance is also carrying out. 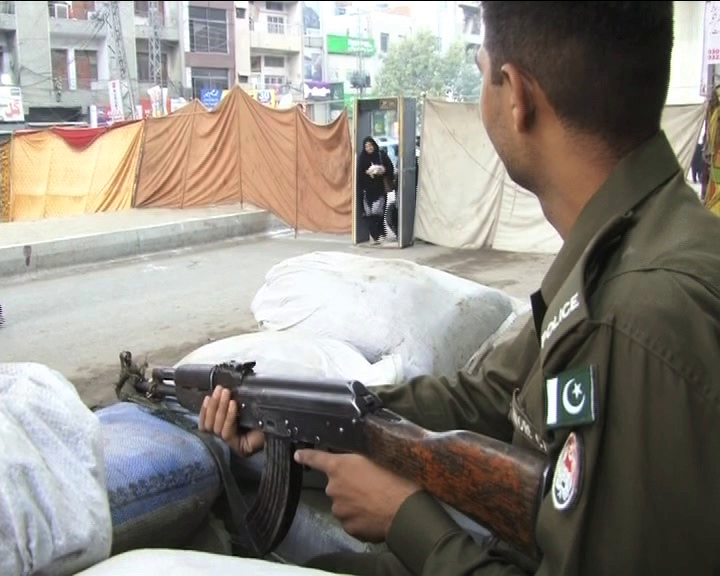 Command and Control Centers have also been established to monitor the processions while CCTV cameras will also be used.

Interior ministry has suspended mobile phone service via Pakistan Telecommunication Authority (PTA) on the request of provincial government. Cellular service would remain suspended from 8am to 12am.

Meanwhile, pillion riding has also been banned on 9th and 10th Muharram.