ISLAMABAD: The International Cricket Council(ICC) Wednesday named former captain Shahid Afridi as Pakistan’s Champion ambassador for the Champions Trophy to be staged at three venues in England and Wales from June 1 to 18. Commenting on his appointment, Afridi, who scored 167 runs

Commenting on his appointment, Afridi, who scored 167 runs and took 14 wickets in 13 Champions Trophy matches, said he felt humbled to be appointed as an ambassador for Champions Trophy.

“The Champions Trophy is a tournament Pakistan has never won. Pakistan is in a tough group alongside India, South Africa and Sri Lanka, Pakistanshouldbut instead of being overawed by the sides ranPakistan should keep faith in its abilities and try to enjoy every time they take the field”.

Besides Afridi the ICC has also announced seven more stalwarts as Champion ambassadors for Champions Trophy. 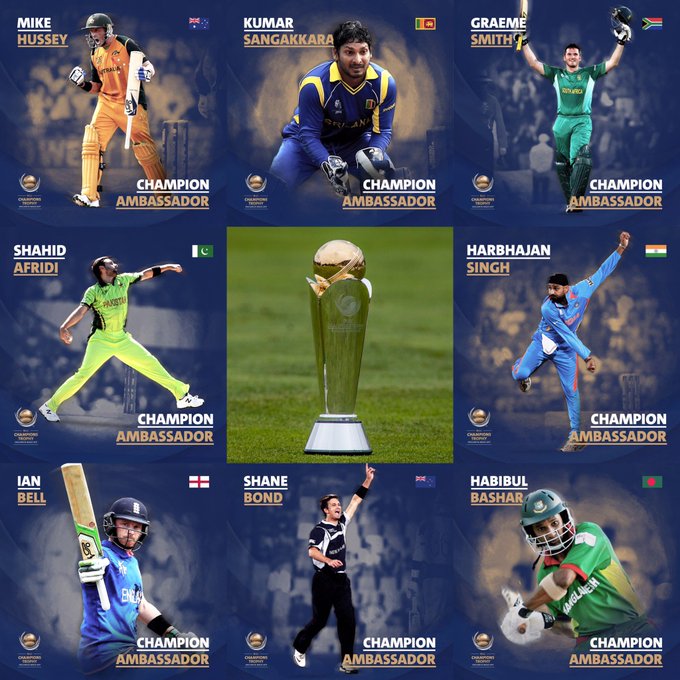 The #CT17 Ambassadors are raring to go! Comment below on who you are most looking forward to hearing from in the build up to #CT17?

The eight Ambassadors between them have played 1,774 One-Day Internationals, scoring 51,906 runs with 48 centuries, and taking 838 wickets.

The Champion Ambassadors would be involved in Champions Trophy Tour and will also make appearances in the UK as part of an inspiring programme aimed at providing school children with an opportunity to meet and play with a legend at the Cricket for Good coaching clinics.

In addition to this, the eight cricketers will be part of a strong ICC editorial team and will provide match previews and match analysis through exclusive columns which will be available on the ICC website.