The three-judge bench, headed by Chief Justice of Pakistan (CJP) Mian Saqib Nisar has also declared all acts including issuance of Senate tickets by Nawaz Sharif as illegal.

A senior law officer told The Express Tribune that in view of today’s judgment, Senate candidates can contest election independently as party electoral symbols cannot be allotted to them.

The verdict said that anyone who is unable to fulfill the requirements of Articles 62 and 63 of the Constitution cannot hold any public office including the post of a party head.

The short order is consisted of nine paragraphs and its reasons will be issued later. It has also put the Senate election, scheduled for March 3, in jeopardy.

A person who is disqualified under Article 62 and 63 of the Constitution is not eligible to nominate anyone to lower and upper houses of parliament, said the CJP while reading out the verdict.

The chief justice said that since a party head is powerful and political parties control the government, therefore it is mandatory for a party head to fulfill the requirements of Article 62 and 63.

“Parliamentarians must possess good character to run the affairs of parliament,” he added.

Earlier today, the apex court had reserved its judgement on the Election Act 2017, which paved the way for deposed PM Nawaz Sharif to become party head of the PML-N prior to his disqualification.

Major political parties – including the PPP and the PTI – had challenged the Elections Reforms Act 2017, which paved the way for Sharif to become party head again after his disqualification from holding political office under Article 62 (1) (f) of the Constitution.

The apex court on January 1 declared as maintainable the petitions challenging the act, a part of which has paved the way for the deposed premier Nawaz Sharif to head his party after his disqualification on July 28, 2017, in the Panama Papers case.

The bench was considering consequences of the anti-judiciary remarks by Sharif, whose party portfolio is under scrutiny in this case in view of the Panama judgment.

During hearings of the case, it has been the bench’s consistent view that abusing the judiciary means disloyalty with the state in view of Article 5 of the Constitution. The judges are also considering whether the person, who is ridiculing the judiciary, can work as party head.

“We have to draw the lines so that a looter could not become party head.  God forbid if a crook becomes a party head,” the CJP wondered on February 15.

However, Salman Akram Raja, counsel for the ruling Pakistan Muslim League-Nawaz (PML-N) said one could trust the people of Pakistan as they know who is eligible for this position.

The apex court’s decision to disqualify Nawaz Sharif as PML-N chief has invited criticism from the ruling party.

Information Minister Marriyum Aurangzeb termed the decision biased. She said the judiciary is only targeting one person…and that is Nawaz Sharif.

Senator Mushahidullah Khan said Nawaz Sharif is the leader of PML-N and Pakistan. 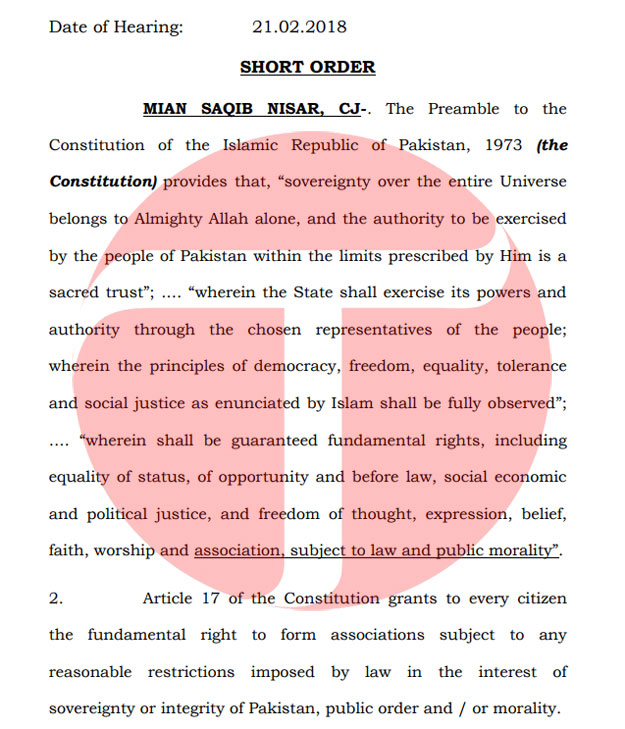 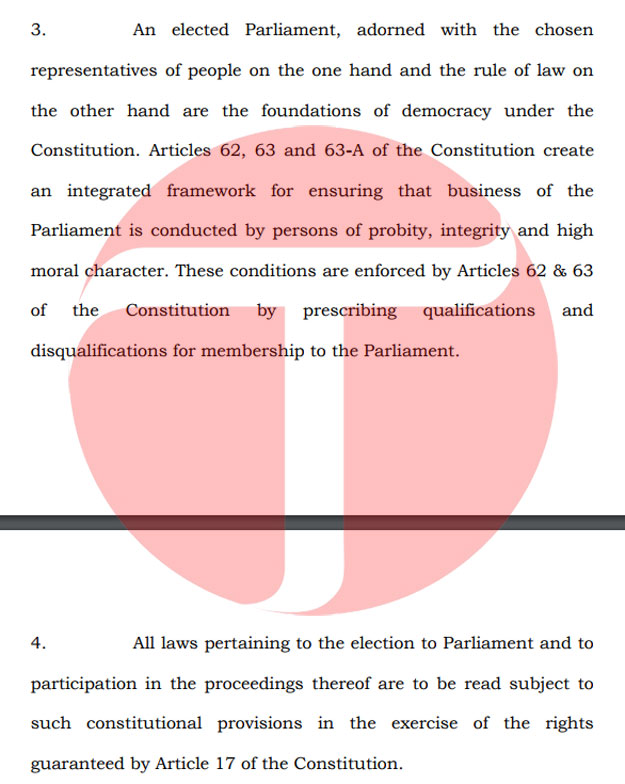 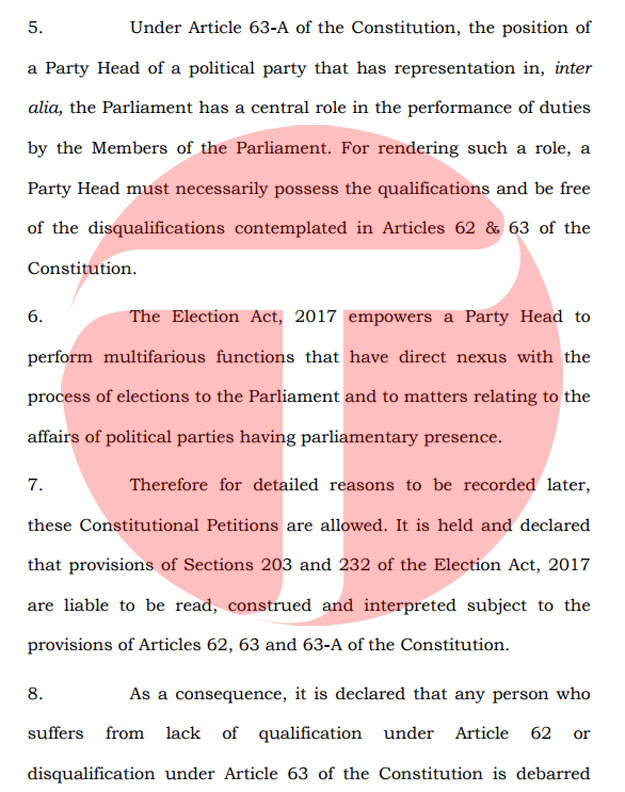 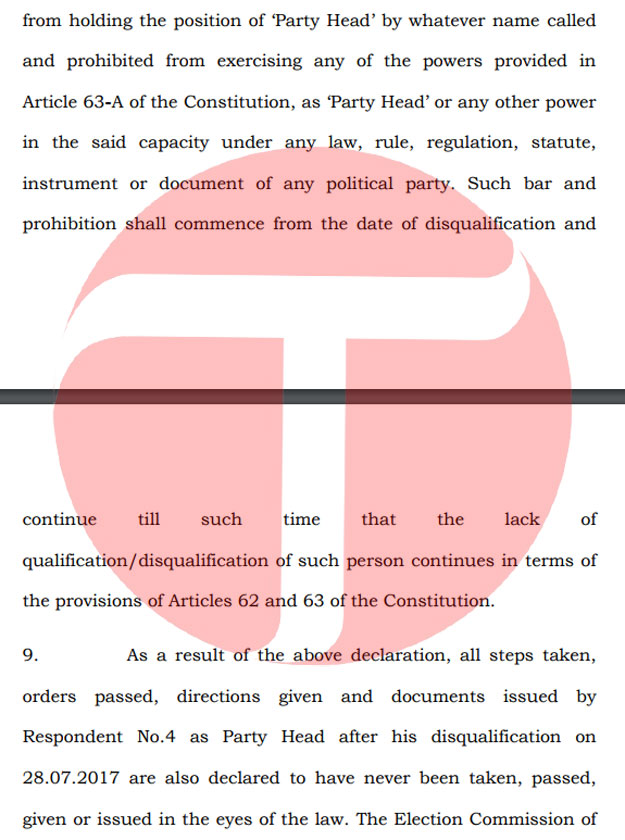