Samsung held a grand launch ceremony to announce the launch of Galaxy S7 and Galaxy S7 edge, at Samsung Imax in Lahore. The entire area of Samsung IMAX was turned into a new-age technology experience zone where people could interact with the Galaxy S7 and S7 Edge.

Samsung recently closed the pre-orders of Galaxy S7edge and Galaxy S7 where 70% of the smartphones were pre-ordered within the first day of pre-order announcement by Samsung.

The advanced camera on Galaxy S7edge & Galaxy S7 captures more light to deliver high quality images. The F1.7 lens on both sides of the phone and larger pixels on the rear camera’s image sensor allow for brighter and sharper images – even in low light. It offers the world’s first dual pixel sensor on a smartphone camera, using 100% of the pixel on the Dual Pixel sensor for phase detection. Each pixel has two photodiodes that capture light independently to enhance the detection even in the dark. The camera also has the Motion Panorama, Hyperlapse video mode, Selfie flash and spotlight features.

The President of Samsung Pakistan & Afghanistan – Mr. J. H. Lee stated; “It is a delightful occasion for Samsung, as the new S7 series has already received an overwhelming response from the consumers, where a Free Samsung Gear VR is being given with every pre-order. Samsung will continue to inspire its customers with ground-breaking innovations and high-performance devices. We have revolutionized the consumer’s lifestyle with our innovative technology around the world including Pakistan”

These devices are powered by a longer-lasting, fast charging 3300mAh/3600mAh battery, and are water-resistant (IP68 standard) to withstand rain or the pool, enduring up to 30 minutes or 1.5 meters of water depth. The Knox feature ensures that the data in this device remains completely protected against malware.

Below are pictures from the launch event: 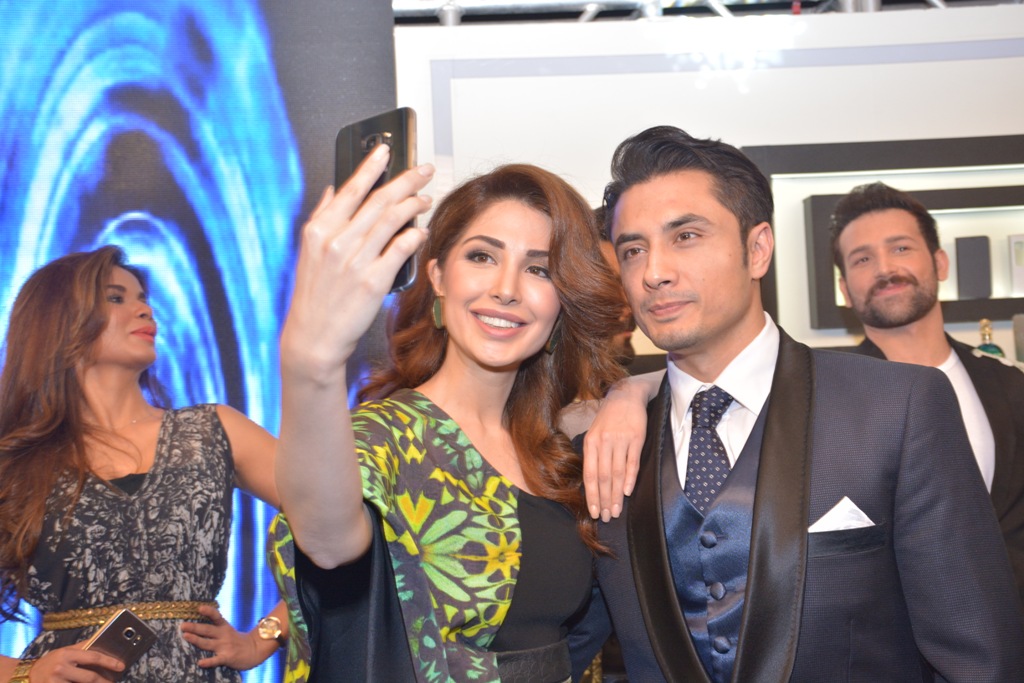 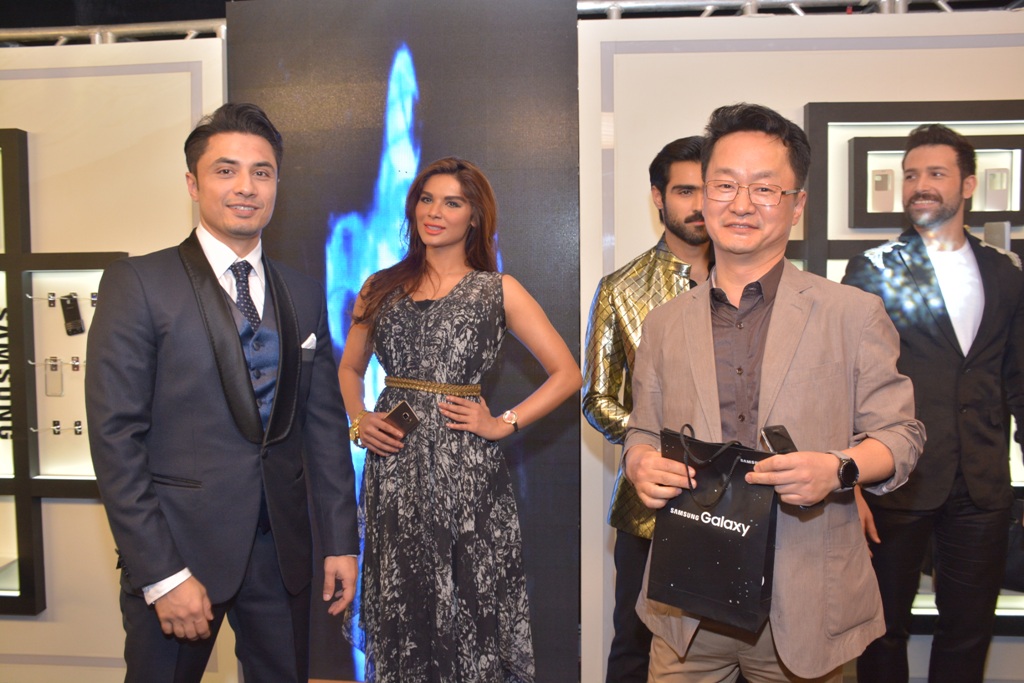 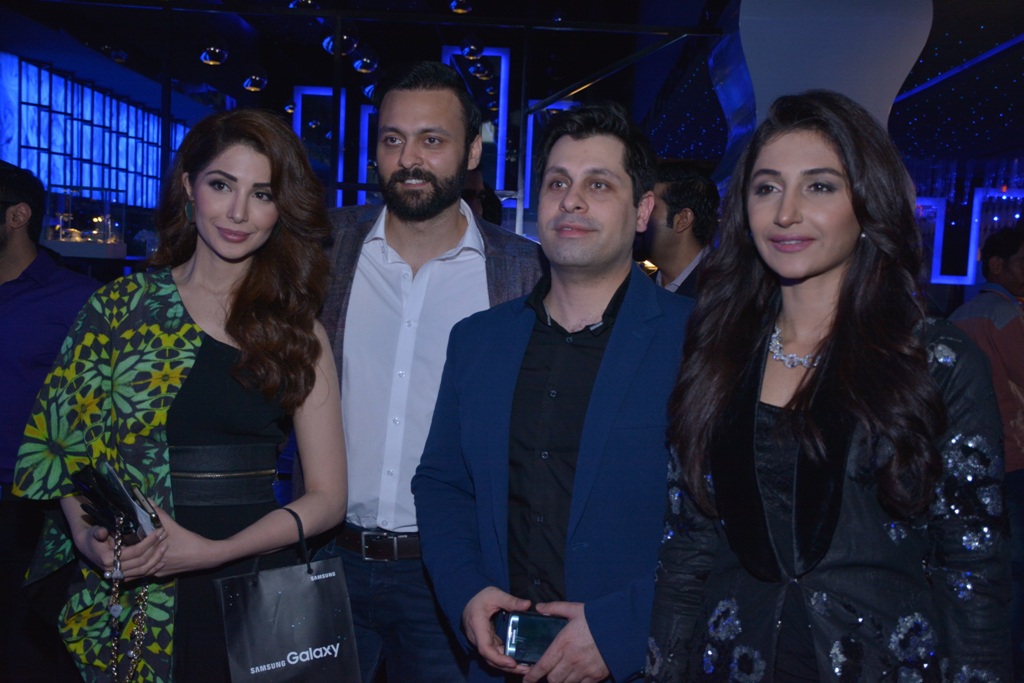 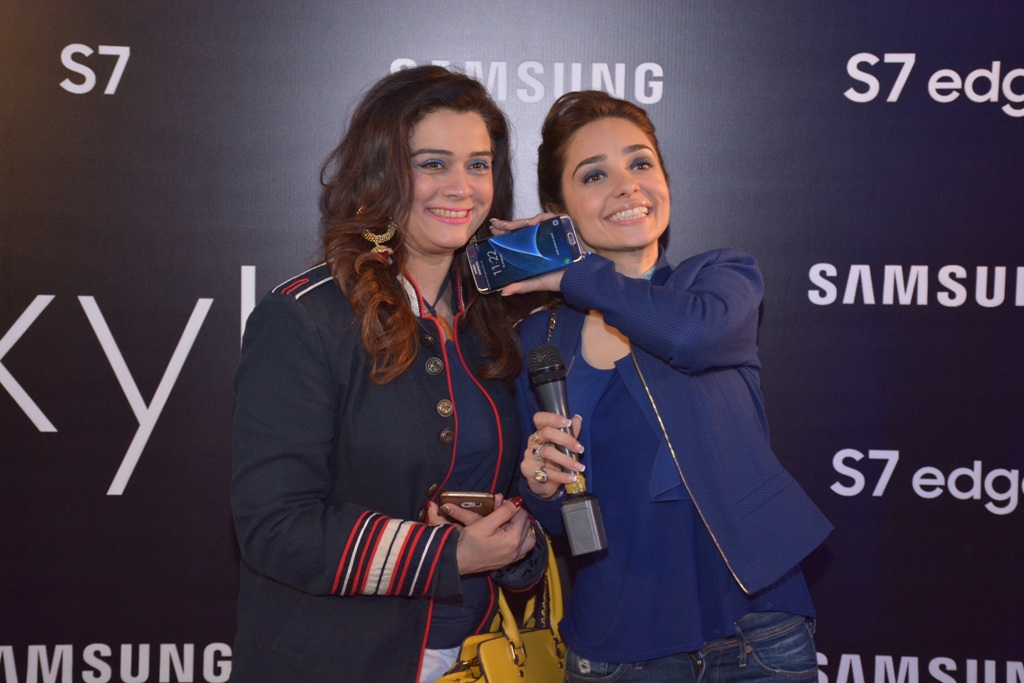 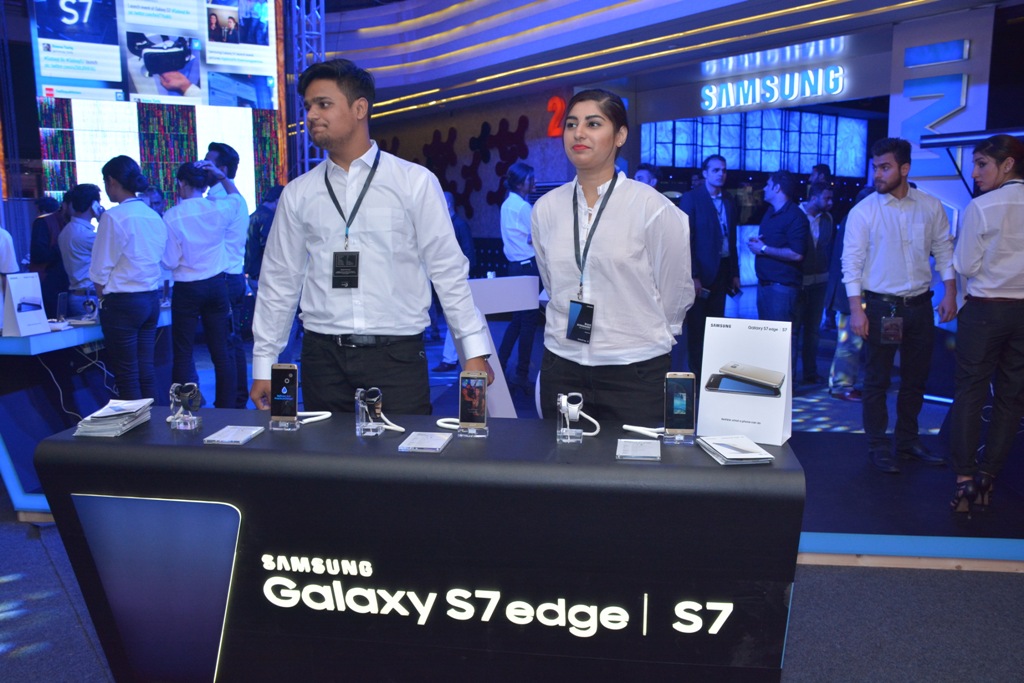 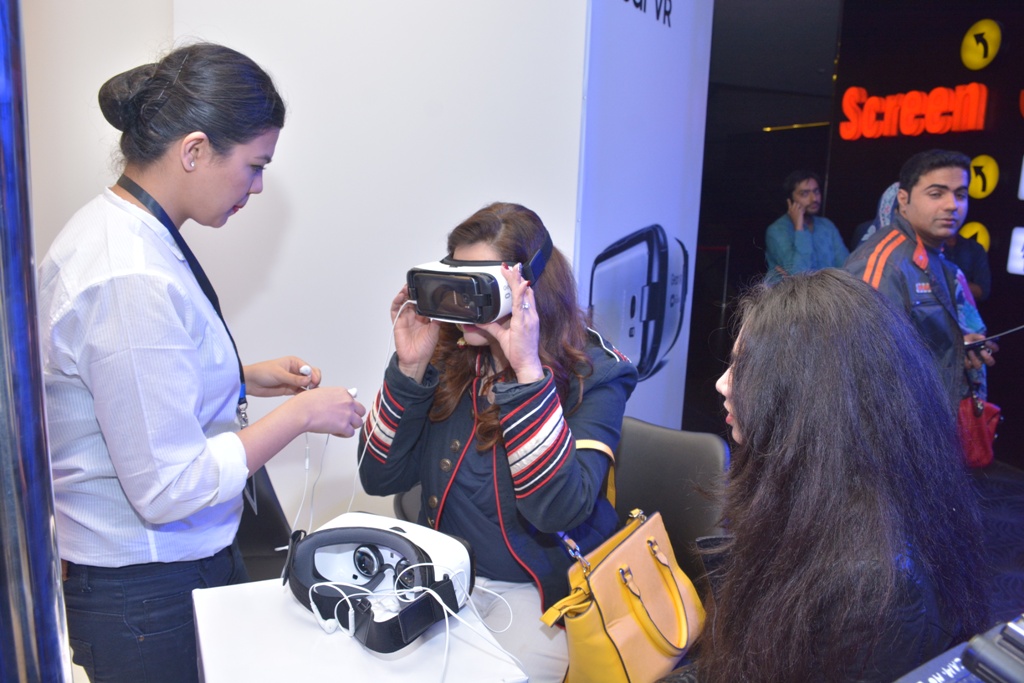 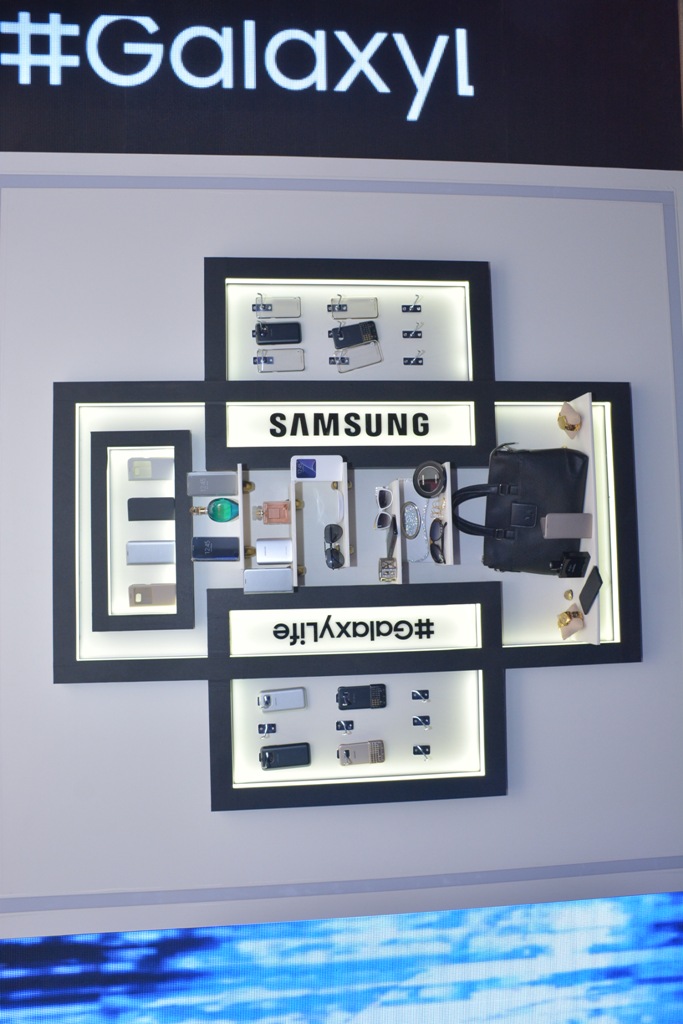 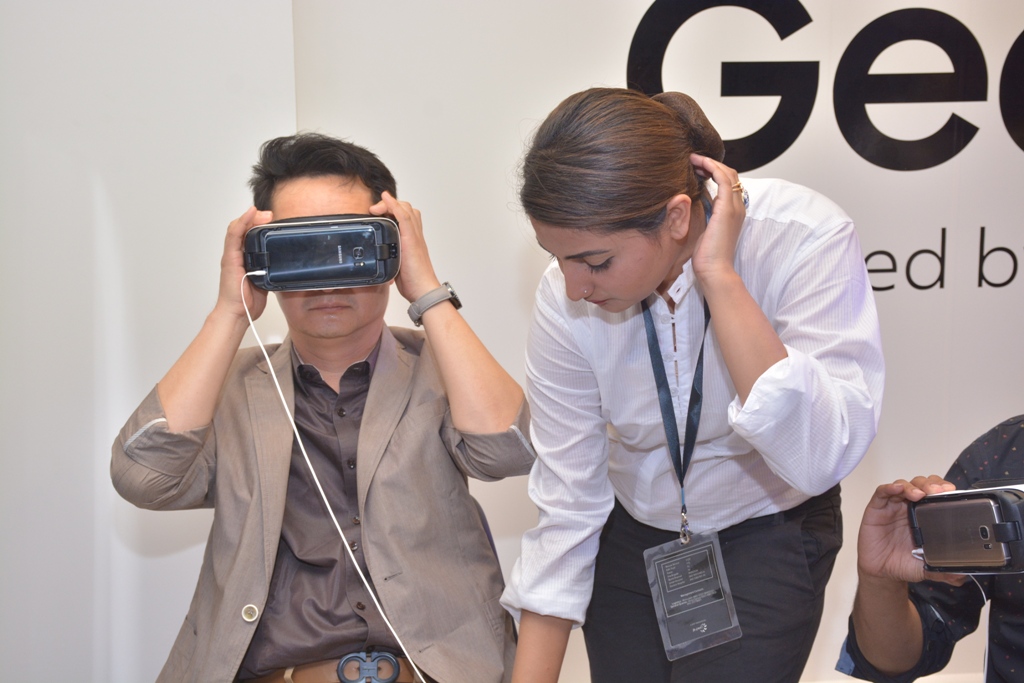 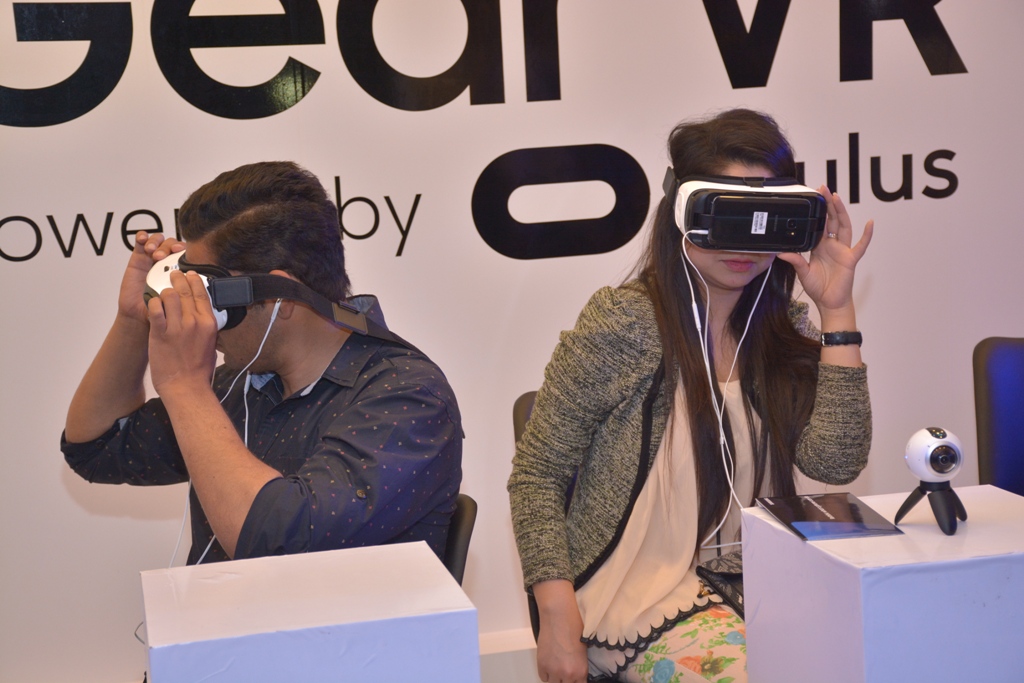 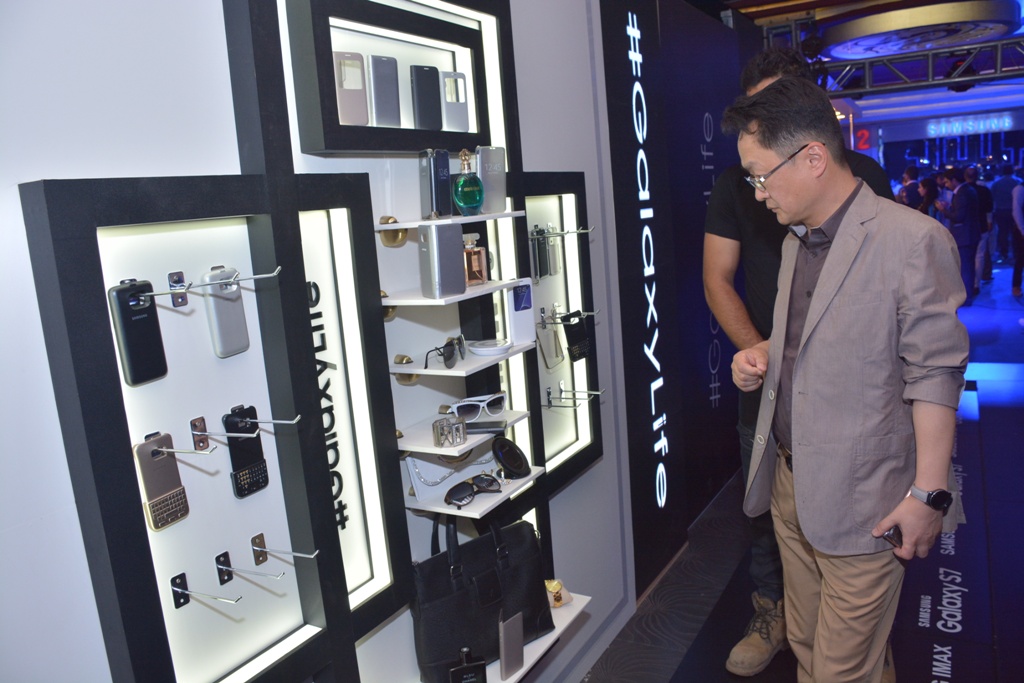 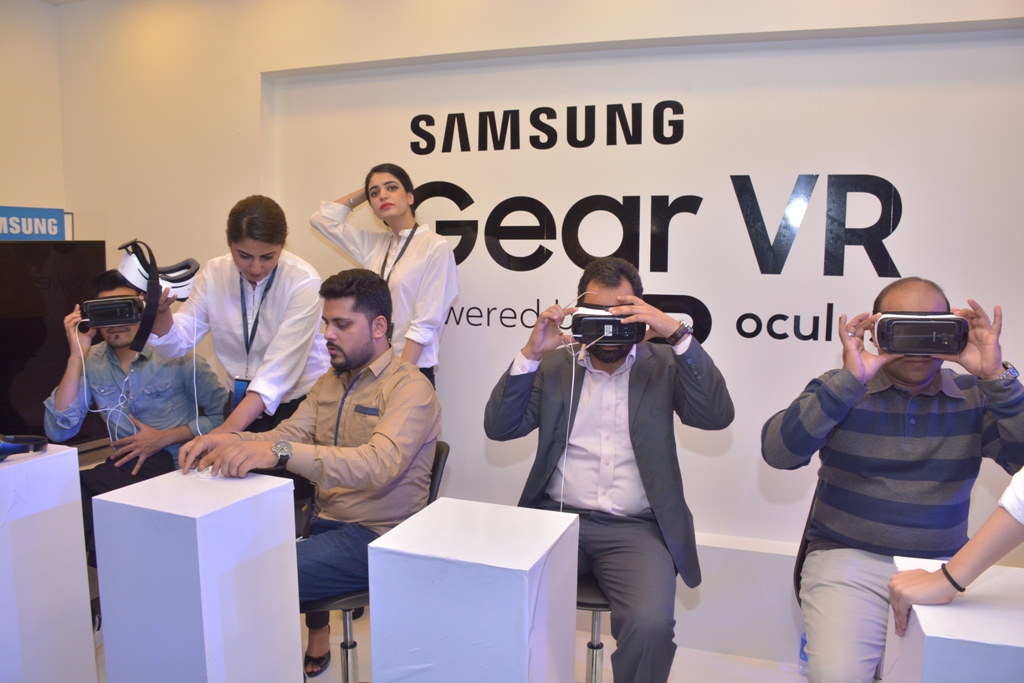 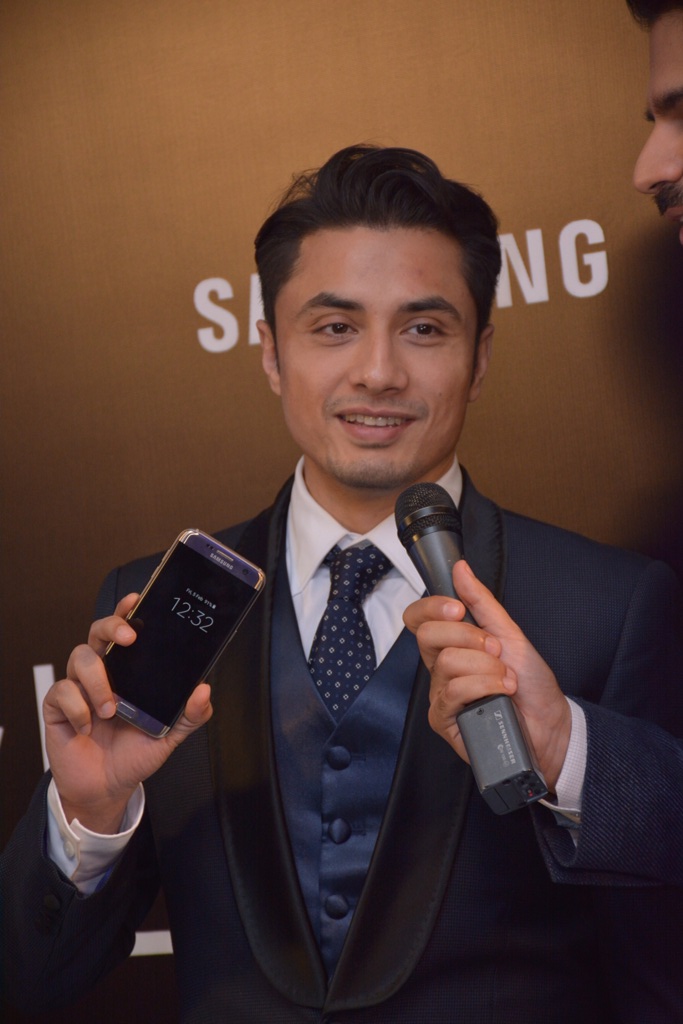 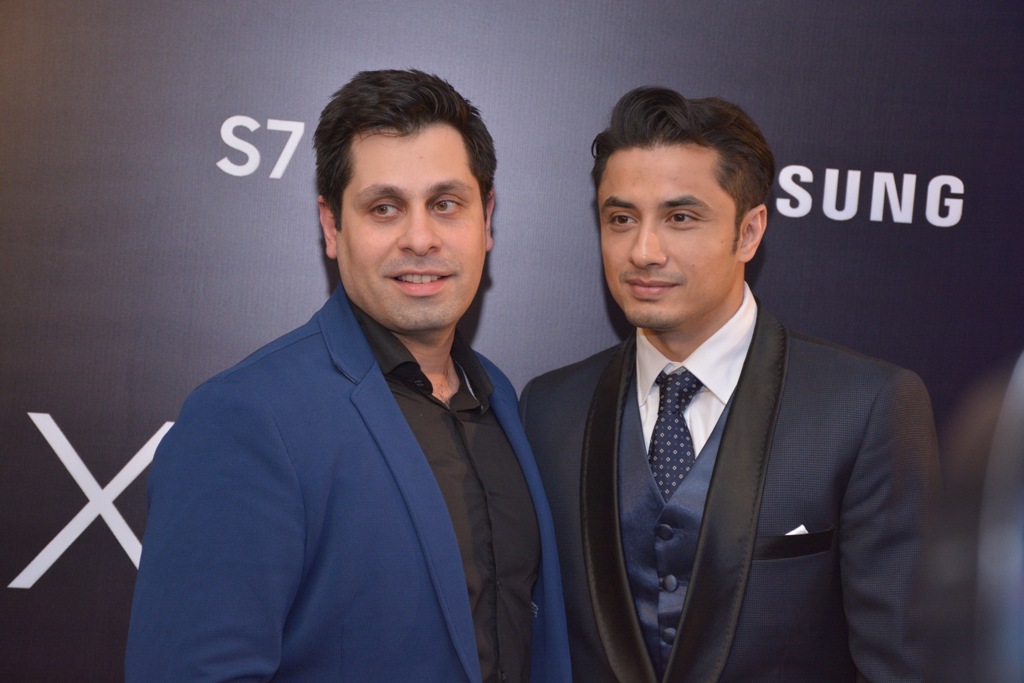 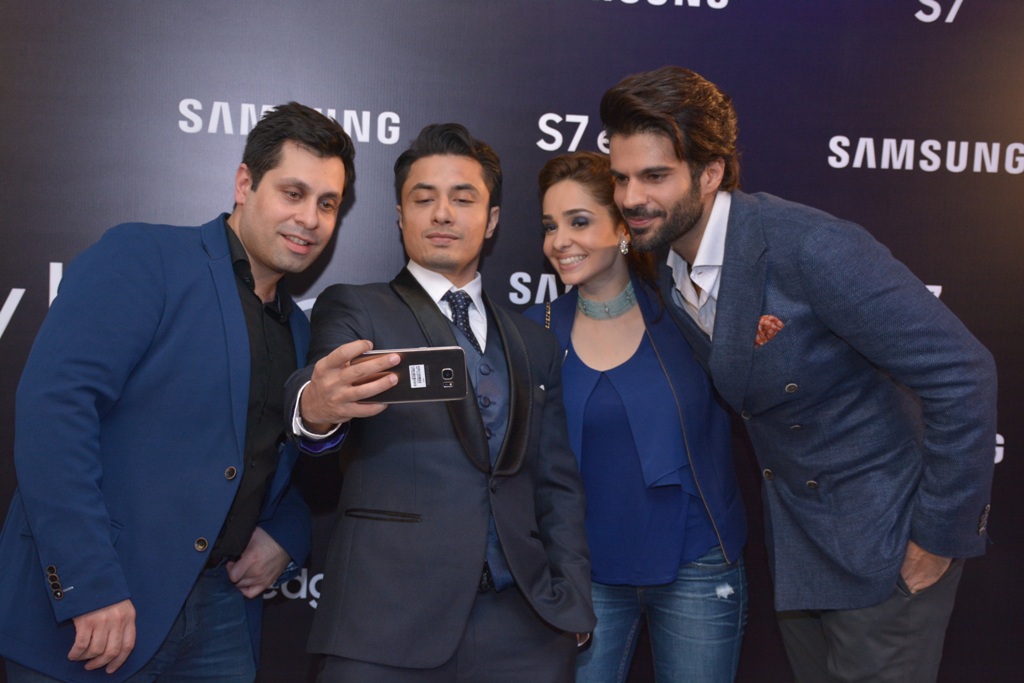 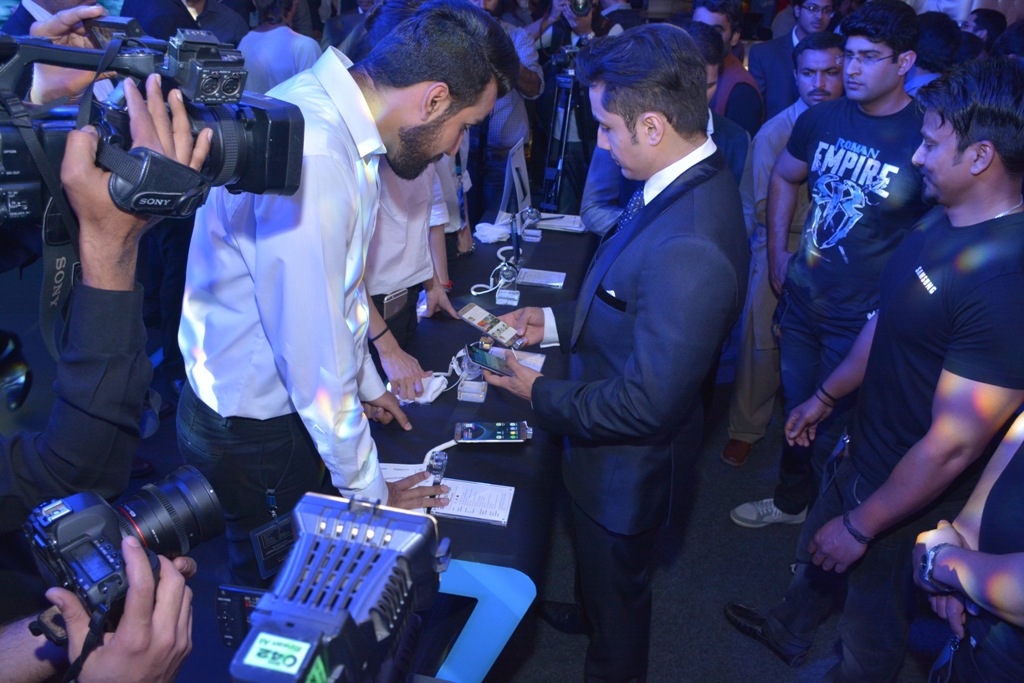 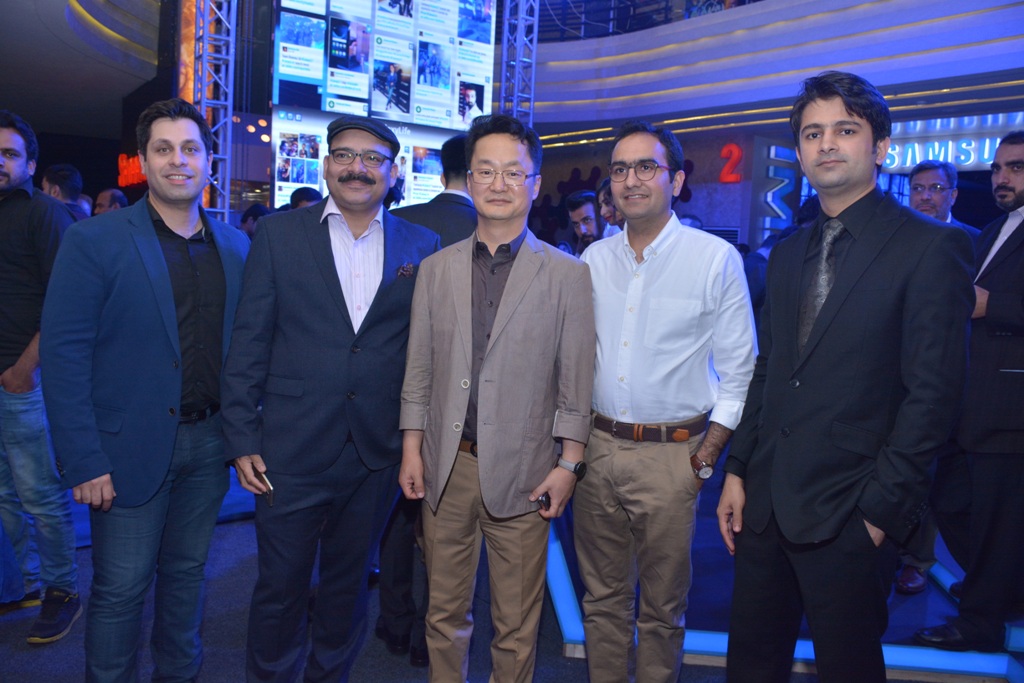 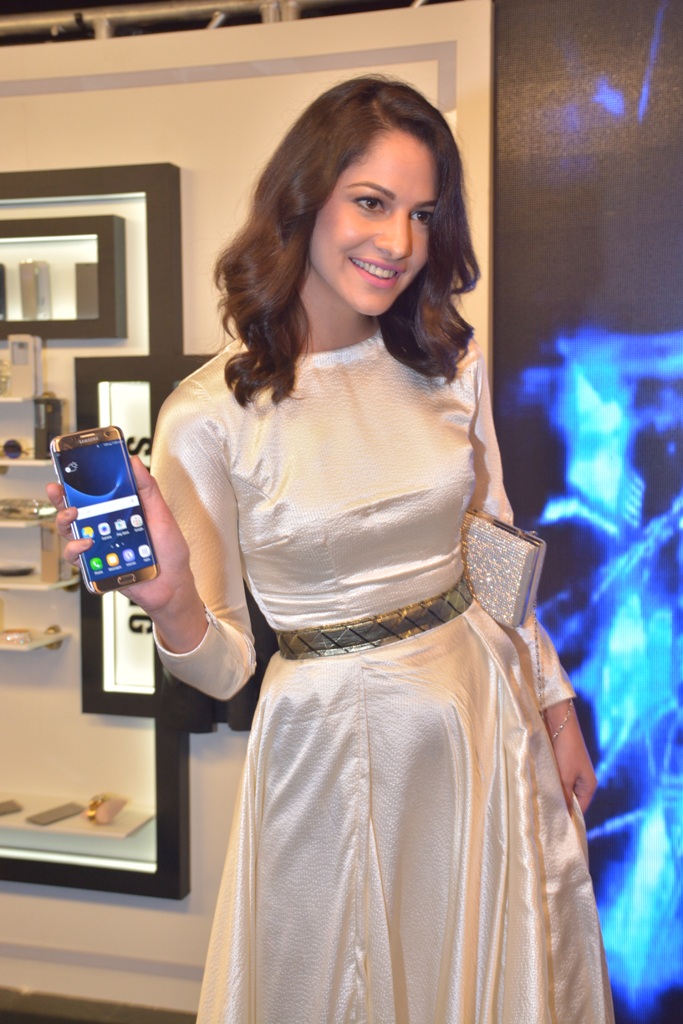