QUETTA: The Pashtun Tahafuz Movement (PTM) chief, Manzoor Pashteen, was denied entry into Balochistan on Monday and returned to Karachi from the Quetta airport.

The Balochistan government banned his entry into the province for a 90-day period. The move came two days after the Sindh government imposed a ban on Pashteen’s entry only to withdraw it hours later.

According to a notification issued by the Balochistan government, Pashteen has been barred from entering any district of Balochistan for 90 days, due to his hate speech and incendiary statements against the state and its security institutions.

Pashteen and his party colleagues were asked to return to Karachi after they landed at the Quetta airport. Officials cited the government ban on Pashteen’s entry into the province due to security threats.

Two days ago, the Sindh government had also slapped a ban on Pashteen’s entry into the province only to withdraw it hours later after receiving flak on social media. 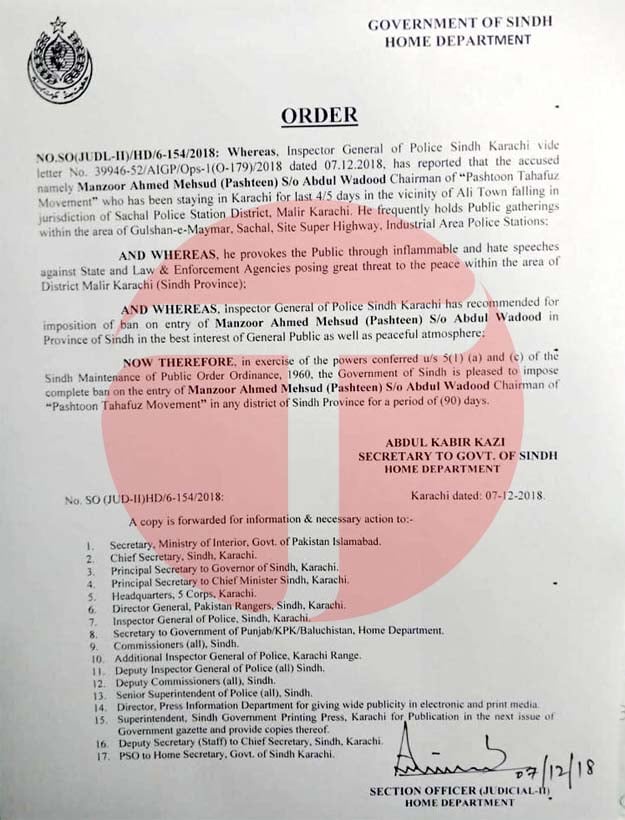 According to a Sindh government notification, the provincial police chief has imposed a ban on Pashteen’s entry in the province for 90 days “in the interest of public and peaceful environment” because “he is a threat to peace within District Malir Karachi”.

But on Saturday evening, the provincial home department suspended the notification on the directives of PPP Chairman Bilawal Bhutto Zardari. 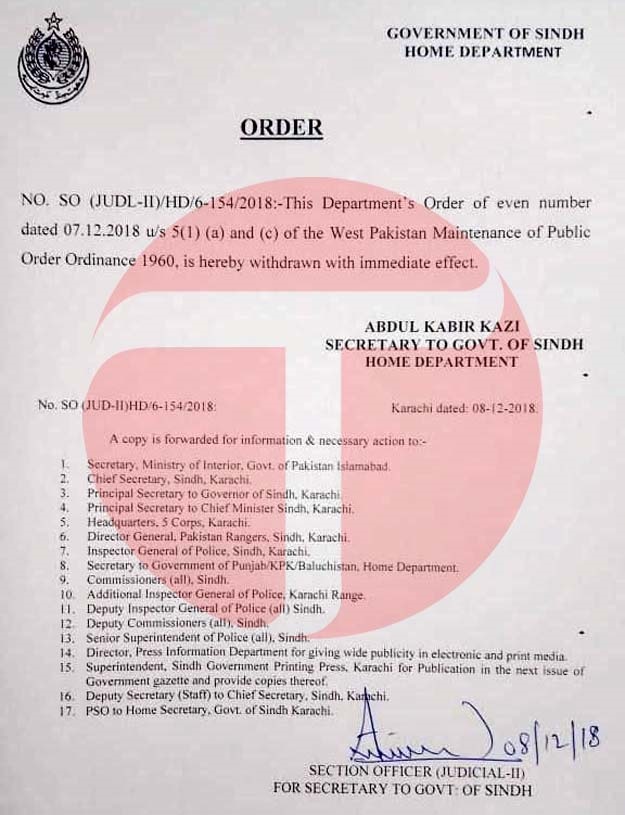 “CM Sindh has ordered withdrawal of expulsion order of Manzoor Pashteen. Thank you Chairman BBZ, CM Murad. It is not victory of one and defeat of other. It is triumph of sanity over insanity. All have shown maturity. Am confident that PTM also looks at it like this,” PPP spokesperson Farhatullah Babar wrote on micro-blogging website Twitter.