KARACHI: In what is being termed the largest weapons bust in the city’s history, police recovered a huge cache of weapons hidden inside a water tank in Azizabad.

The weapons were taken to the office of DIG West in five trucks. Police said the weapons were seized after receiving information from a criminal in custody.

Police added that the weapons were intended to be used for a terrorist attack in the month of Muharram.

IG Sindh AD Khawaja said police were gathering details of the weapons found in the house. When asked who the weapons belonged to IG Sindh replied: “It should be understood when I have said political party, Nine Zero and Azizabad.”

The weapons recovered include anti-tank mines, anti-aircraft guns, bazookas, grenades, LMGs, SMGs, rifles and AK-47 assault rifles along with a large quantity of explosives. Police said the weapons belonged to a political party and were intended to be used in a terrorist plot.

DG Rangers Major General Bilal Akbar said the police by recovering these weapons and save the city from a major attack. He added that all credit for the weapons bust should go to the police.

The house had been locked for a long period of time and a water bill dating back two years was found inside.

Sources informed that no arrests were made during the raid and police left the house unattended while some bullets remained inside the water tank. 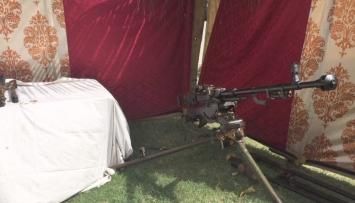 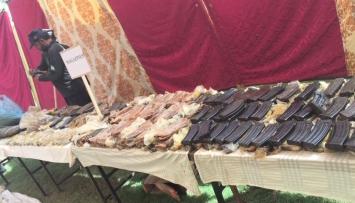 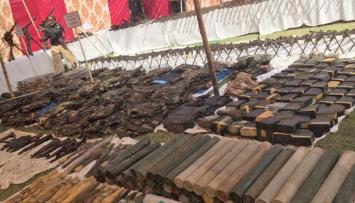 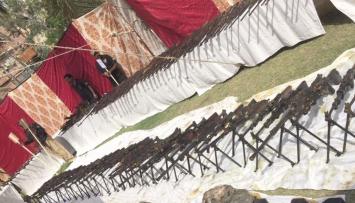 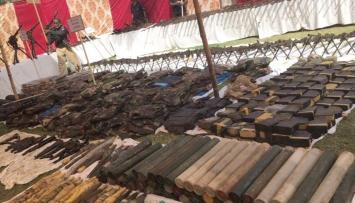