Pakistan cricket is unpredictable and always keeps you on your toes. However, there’s nothing unpredictable when it comes to unearthing future cricketing superstars in our country.

Within one year, Hasan Ali and Shadab Khan have sent ripples of their brilliance throughout the world of cricket.

Although Pakistan’s domestic circuit can be mean and ruthless, there’s always a sense of consistency about it. Despite it being challenging, year after year new players come through the ranks which put the selection committee in a dilemma.

This year, there have been a number of sparkling performances and one of them is by Shan Masood, a player who has already represented Pakistan 12 times in the Test format.

With an average of only 23.54 in 14 innings, Shan struggled to convince everyone of his ability to play at the highest level.

Despite being among the fittest players in the Pakistani camp, his timid mentality was questioned along with his caliber to represent Pakistan as an opening batsman.

Ultimately, Shan was dropped and was again thrown in the pit of doom — commonly referred to as Pakistan’s domestic circuit — to prove his worth again. Long story short, he did not disappoint.

Shan has not only responded to all the critics but along the way, set up a new world record in cricket history.

Following his knock of 182 while playing for Islamabad against Rawalpindi, Shan took his average to 58.2 in List-A, surpassing the stupendous tally of 15,103 runs by Micheal Bevan in 427 matches with an average of 57.86.

Granted that Shan has only played 71 matches, however it is still a remarkable feat for someone who had so much pressure to perform and critics to respond to. 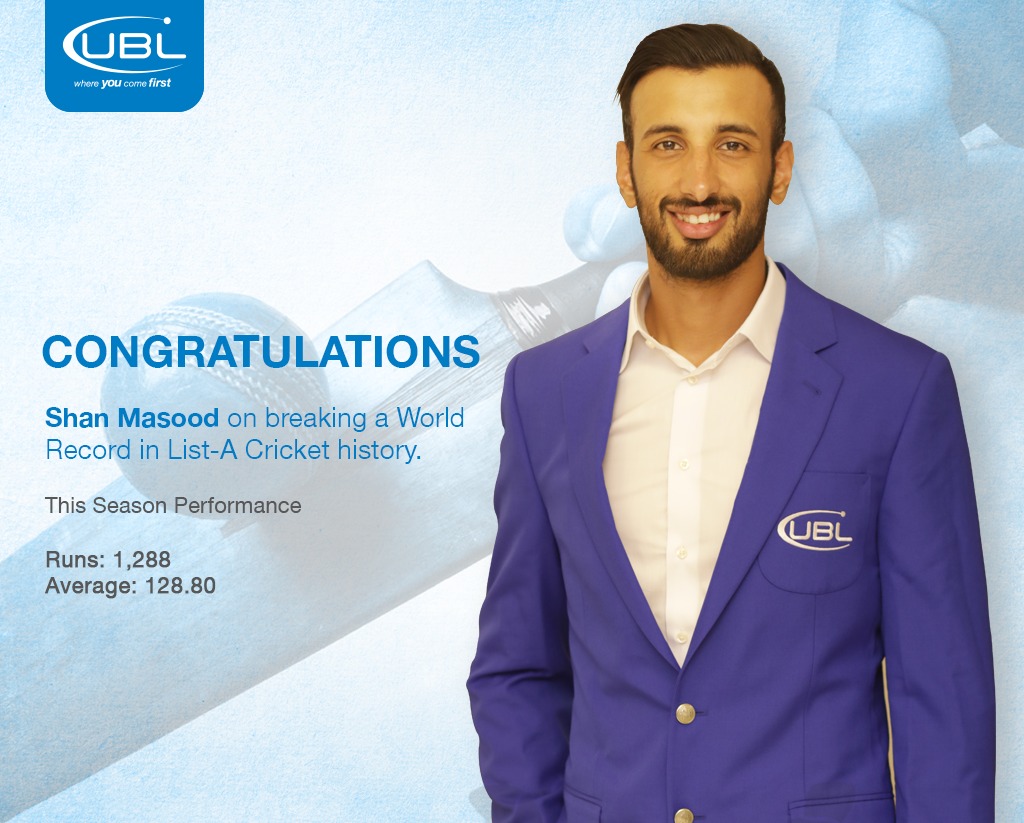 Furthermore, the left-handed opener has also become only the second batsman in history to score more than 1,000 runs in a 50-over season at an average of more than 100.

Web Desk
Previous ArticleUAE govt. provides list of 31 wealthy Pakistanis who own over 55 properties
Next Article Watan cards to be replaced by CNICs in FATA