Inam stamped his supremacy in -90kgs freestyle final against his Georgian opponent with a rousing display of all-round performance and prowess, said the information made available to APP by the Pakistan Wrestling Federation here on Monday.

In his remarkable endeavours en-route to the gold winning feat, Inam defeated Romania,Ukraine and Greece wrestlers by maintaining a winning streak. Butt beat the Georgian Wrestler in the final match by 3-1 defending his title.

Meanwhile, Chairman of Pakistan Wrestling Federation (PWF) Syed Aqil Shah has congratulated the national hero for achieving what no one ever achieved for the country.

“The management of PWF has made utmost efforts to promote Wrestling and Inam’s gold medal-winning performance is the outcome of years of dedication and visionary planning of the federation’s management under the Chairmanship of Syed Aqil Shah,” said Secretary PWF Mohammad Arshad Sattar. 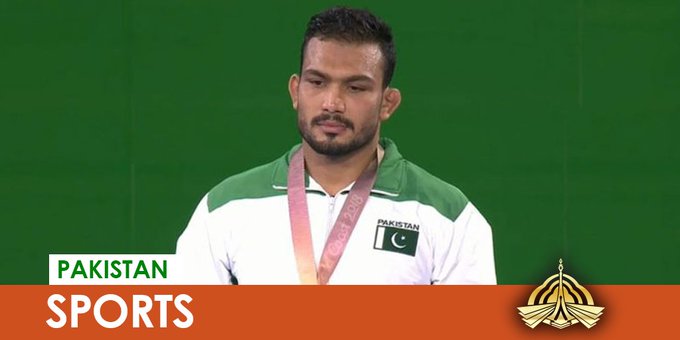