Search
HomeNewsNational
By Web Desk on May 16, 2017 National News

The first train for Lahore’s Orange Line Metro project has rolled off assembly lines in China today. The train was produced in a factory based in the Hunan province in China. It comes with 5 coaches attached to it.

This is the first of 27 trains for the Orange Line Metro and its design is inspired by the national flower of Pakistan (which is Jasmine) and the shape of the dome of Badshahi mosque in Lahore.

It was designed and produced by the CRRC Zhuzhou Locomotive Co Ltd, according to Xinhua news agency.

You can take a look at the new train in all its glory: 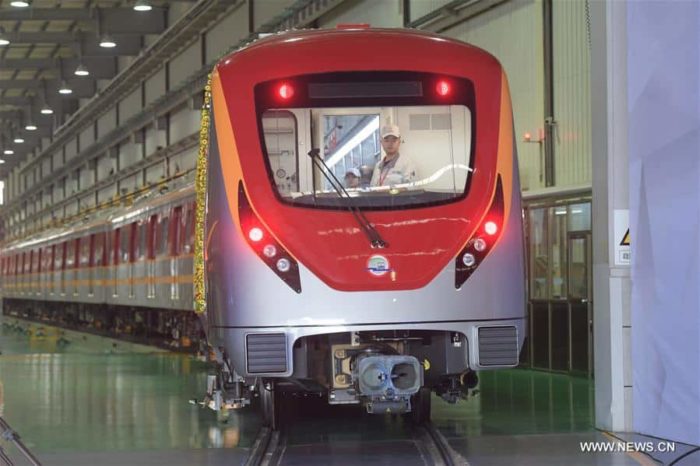 From the driver’s perspective: 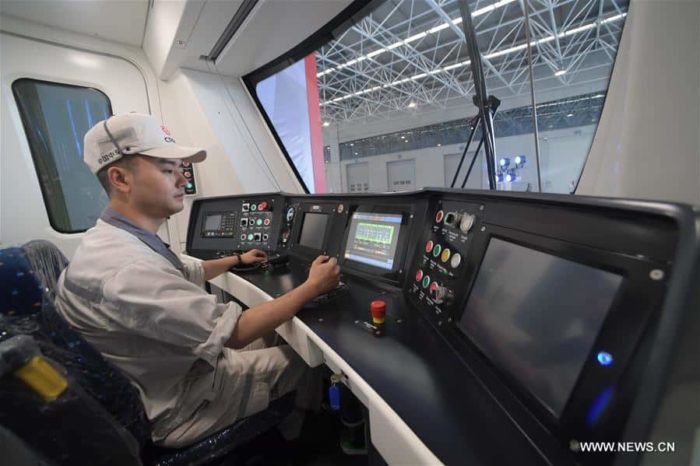 As mentioned earlier, the train will be used for the 25.58 km long Orange Line Metro project. An engineer at  CRRC Zhuzhou said that the train will feature an energy saving air-conditioning system. The air conditioning is designed specifically with the constant high summer temperature in mind. It also factors in the unstable voltage in Pakistan, said the engineer.

Another important feature of the design are the heat resistant bogies that aim to increase the train’s durability. The train will run at a maximum operational speed of 80 km/h.