The huge flamboyantly colored trucks and auto rickshaws have become one of the most prominent cultural symbols of Pakistan. The design on each truck is unique and different in its own way.

Given how well-received Pakistani truck art is becoming all over the world, a Pakistani-American artist named Asheer Akram has taken it upon himself to display these work of art trucks in America.

The artist is very passionate about his work. His truck art designs will be displayed in the Wichita Art Museum in Kansas. 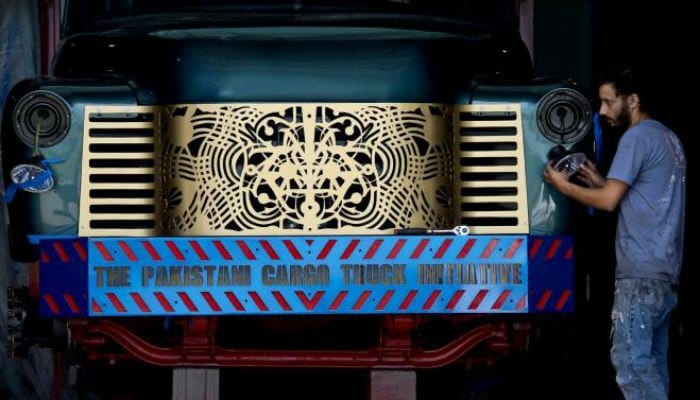 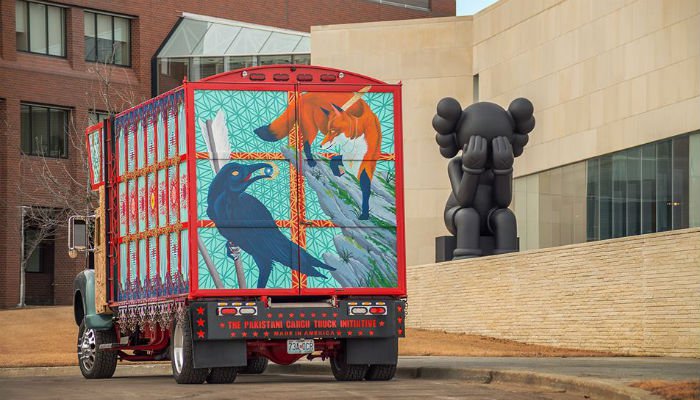 He came up with the idea of this project when he came to Pakistan for a residency program. Throughout his stay, he observed the beautiful art that could be seen on the trucks. These trucks gave birth to the idea of how to promote a positive image of Pakistan, inside him.

After returning to the US he started the Pakistan Cargo Truck initiative.

While writing about his passion for his work he wrote in a post on Facebook, “I am certain about one thing- this project and its off shoots are as important today as they were when it first rolled out.”

Not only as a tool for spreading cultural awareness but as a method of opening up a dialog about current events with younger generations. We are thrilled to have her still rolling strong. Fighting #racism and #bigotry since 2013.

The truck used in his project is a Chevrolet grain truck which he has decorated with the typical Pakistani truck art with a splash of modern art.

On his website, he says that the trucks covered in the new motifs and designs seek to “captivate everyone and inspire them to investigate cultures outside of their everyday surroundings.”

His aim is to promote a positive image of Pakistan and explain the social and cultural identity of his native country.