The cardiologist used a procedure, which is medically described as ‘laceration of the anterior mitral valve leaflet to prevent outflow track obstruction,’ nicknamed with the acronym “LAMPOON”. 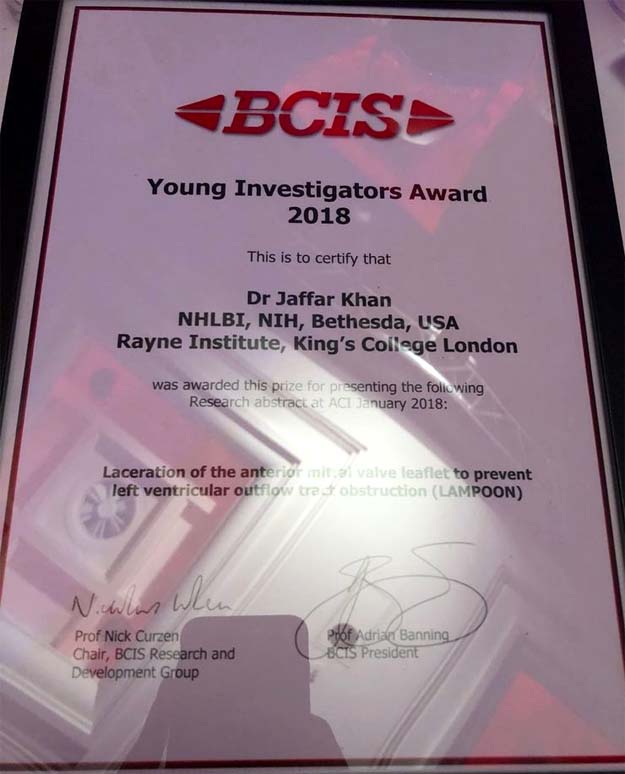 “LAMPOON is a procedure I invented at the National Institutes of Health in America. It is a ‘keyhole’ cardiac surgery technique that resects heart tissue for the first time using minimally invasive techniques,” Jaffar said.

The research involved invention of the concept, testing in animals, and translation into humans.

“I am now the clinical lead for an FDA approved clinical trial together with Dr Robert Lederman, head of the cardiovascular intervention branch at NIH,” he said.

This week, a Pakistani student bagged the highest marks in Syllabus D Mathematics in the Cambridge Examinations 2017, Express News reported.

Muhammad Haider Khan, a student of Karachi’s Bahria College Karsaz, thanked the institution for helping him achieve the accolade, according to an official statement.

On January 19, three students of the space science department at the Institute of Space Technology (IST) in Islamabad received international acclaim for their research on super-massive black holes and galaxy collisions in space.

The contents of the research, already published in a reputed scientific journal as a paper, has also been cited by the academic community- based at leading colleges of the world, like the science departments of Harvard, Columbia and Stony Brook universities.

The findings have been lauded as ‘outstanding’ by experts belonging to the field in question, according to reports.