Pakistan Army cadet, Mahad Ijaz, has won a shooting competition in Germany setting a new record in the process.

As much as 45 countries took part in the competition and Pakistan emerged as the winner.

The competition was named König “Bundessprachenamt 2018” which translates to King of shooting from Federal School of Languages Germany 2018. As mentioned earlier, 45 countries including Pakistan competed for the top spot which was clinched by Pakistan.

The cadet, Mahad Ijaz, became the first ever Pakistani to claim the “Silver König Necklace of shields” (Silver Necklace of Kings) trophy. 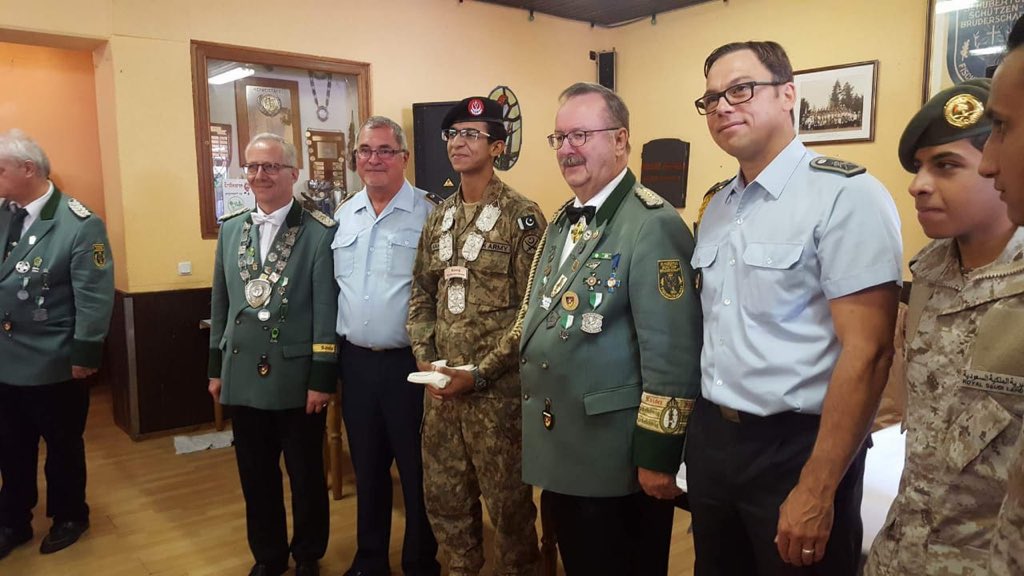