KARACHI: The Sindh forest department successfully broke its earlier Guinness World Record of planting the most trees in 24 hours by planting 1,129,294 mangroves on an island near Keti Bunder in Thatta district of Sindh..

The department held the previous record of planting the most trees in 24 hours and was attempting to break its own record. The earlier record was set in 2013 by planting 847,275 trees in Kharo Chaan, Thatta.

As per the standard fixed guidelines mandated from the Guinness World Record authorities, the record has to be set in a 24-hour period by 300 planters during daylight hours. 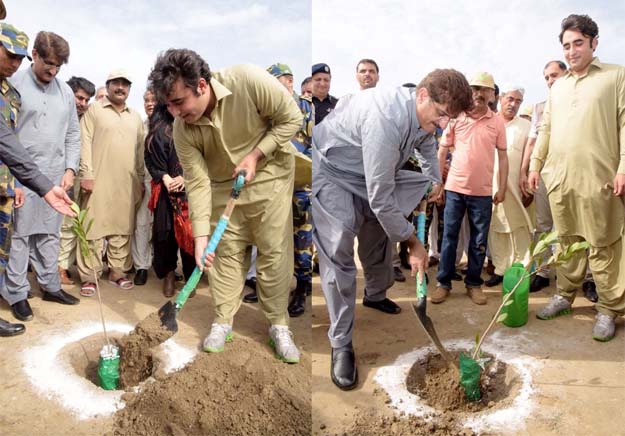 Briefing Bilawal, Forest Secretary Sohail Akbar Shah said since they were attempting the record in estuarine intertidal mudflats, the availability of maximum time was critical.

After using the navy’s tidal data, they selected April 19 as the most suitable day on which the maximum amount of daylight, 12.5 hours, could be availed. He informed Bilawal that the attempt was made from 6:30am till 7pm.

Murad said the purpose of their attempt is to highlight and showcase the importance of Indus delta mangroves, its affiliated biodiversity and most importantly the communities dependent on this precious but threatened ecosystem.

“Our experience of setting the Guinness World Record in 2009 and 2013 has brought the coastal areas into the limelight and socio-developmental activities are on the rise in these areas,” he explained.

The CM said that the current attempt is being financed by the Sindh government with logistical and material support provided by the Pakistan Navy.

“We expect support and active participation from the media, civil society, local representatives and a large number of members of the community in this important national event,” he said.