The exercises, including Mavi Balina 2018 and bilateral exercise Turgutreis-II, were aimed at enhancing interoperability between participating navies through the development of combined tactics, techniques and practices.

SAIF is fitted with state of the art weapons and sensors for undertaking all types of maritime operations in multi-threat environment, the Navy said.

It added that the Z9EC organic ASW helicopter from 222 aviation squadron of Air Arm is also embarked on-board the ship. Upon arrival at the port, the ship was received by Pakistan’s naval attaché and Turkish navy officials. 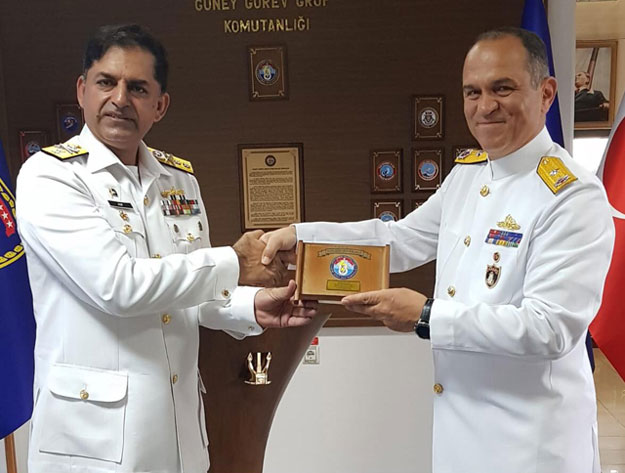 Exercise Mavi Balina 2018 was conducted in three phases i.e. harbour, sea and analysis/de-brief phase. The harbour phase was conducted from September 27-29 at Aksaz Naval Base, aimed at creating an interactive environment between the participating navies.

The sea phases of exercise Mavi Balina and Turgutreis-II were conducted from September 30 Sep — October 6 and October 8-9, respectively in East Mediterranean Sea.

Rear Admiral Asif Khaliq represented Chief of the Naval Staff during his visit to Turkey. The admiral called-on senior naval officials from the Turkish navy and other dignitaries including Semih Ozanguc and Real Admiral Hasan Ozyurt, Southern Task Group Commander. 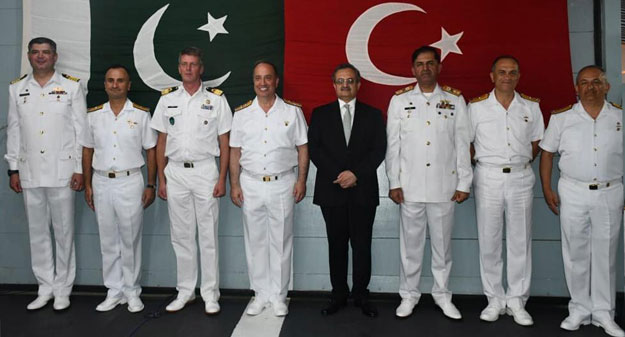 During the call-on, Khaliq conveyed well wishes from Admiral Zafar Mahmood Abbasi to the people of Turkey in general and Turkish navy in particular. He also extended his gratitude for whole hearted support provided by the Turkish navy and Aksaz Port authorities in making the ship’s stay comfortable.

Naval Forces have historically played a pivotal role in strengthening bonds of friendship between nations through multifaceted collaborative activities including exercises and port visits.

Pakistan and Turkey enjoy brotherly relations and friendship among both the countries is time-tested. Pakistan Navy has deep rooted and cordial relations with the Turkish navy.

In this regard, Pakistan and Turkey have come a long way in terms of mutual collaboration in the form of regular interactions, visit of senior leadership, construction of naval ships, training cooperation and participation in bilateral & multi-national exercises and exhibitions.

Participation of PNS SAIF in these exercises was aimed at further strengthening the bond of friendship between Pakistan and Turkey in pursuance of the government of Pakistan’s policies to enhance the friendly relations.