Half-centuries from Azhar Ali and Fakhar Zaman has put Pakistan’s on top against England in the first semi-final of the 2017 ICC Champions Trophy at Cardiff.

CARDIFF: Pakistan made history on Wednesday after they qualified for the final of the Champions Trophy for the first time in history, beating hosts England in the semifinal at Cardiff.

Fakhar provided a great platform to Pakistan, scoring 57 off 58 balls with seven 4’s and one six.

Azhar Ali scored 76 off 100 balls before being dismissed by Jake Ball.

It was a mere formality when Mohammad Hafeez walked in to take Pakistan to final of Champions Trophy for the first time.

Hasan Ali continued his great form in the tournament, picking up three wickets while Rumman Raees and Junaid Khan picked up two each.

The fast bowlers were greatly supported by the spinners as Shadab Khan got one wicket while Mohammad Hafeez and Imad Wasim bowled miserly.

Hasan Ali picked up the big wicket of Ben Stokes of a slow ball.Few overs earlier, Adil Rashid was run out by substitute fielder Ahmed Shahzad.

Such was Pakistan´s control that usually big-hitting England all-rounder Ben Stokes´s 34 took 64 balls and did not include a single boundary.

Junaid Khan struck again to dismiss Moeen Ali off a brilliant catch by Fakhar Zama. England were eight down for 201 in the 48th over.

or the second time in three days in Cardiff, Sarfraz won the toss and elected to field on what was now a used pitch.

“We would have batted first anyway,” said England captain Eoin Morgan at the toss. “Throughout the competition, this pitch has shown to be better to set a target than chase one.

“Pakistan can beat any team in the competition on their day so we´re preparing for their best,” the top-order batsman added.

Meanwhile Sarfraz said: “England are a good team so we have to play positive cricket against them.” 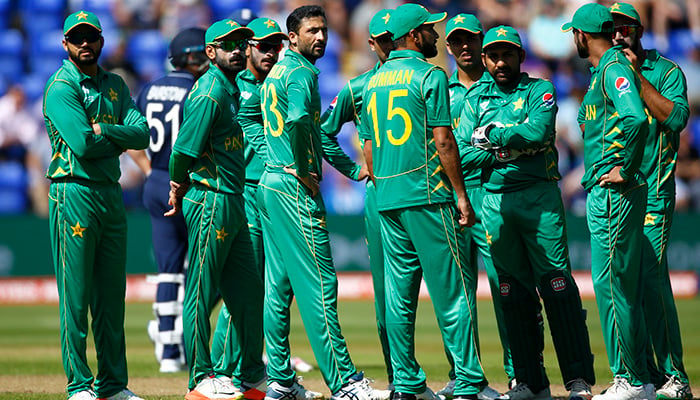 Pakistan players before the match – Reuters 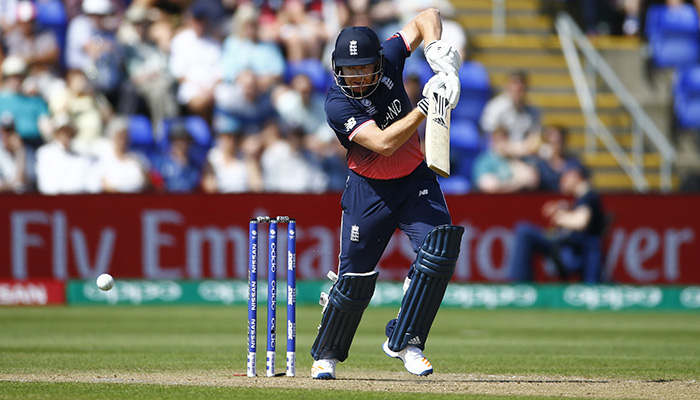 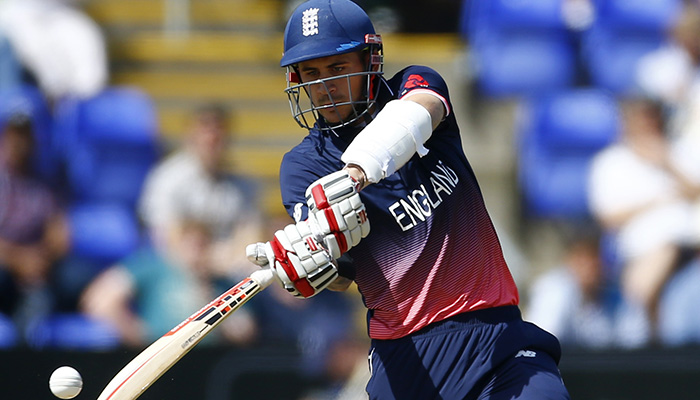 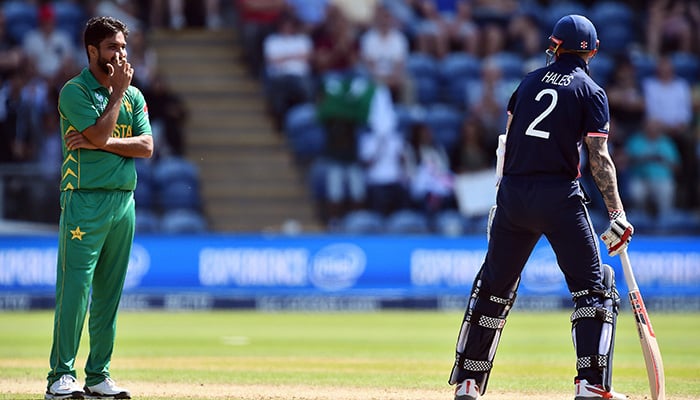 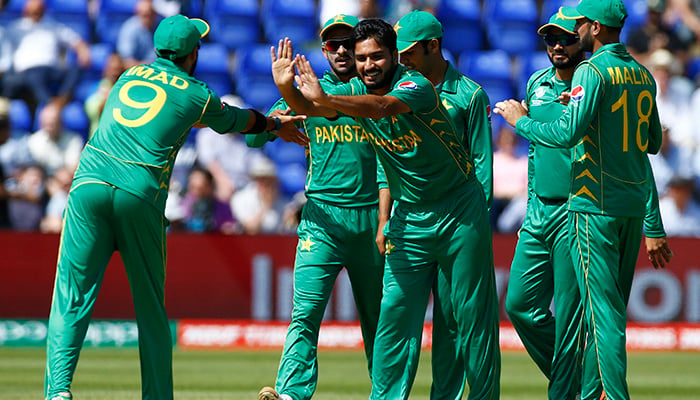 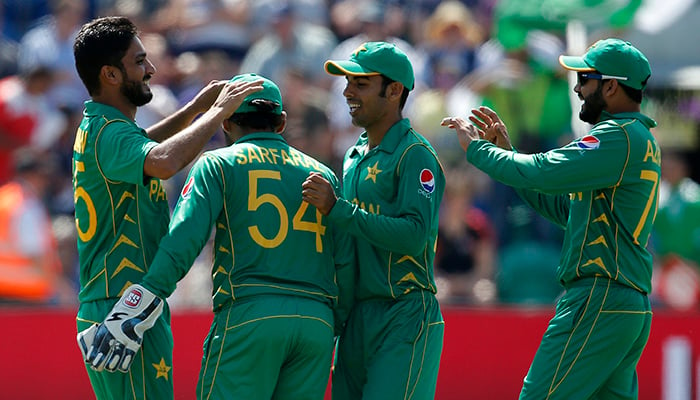 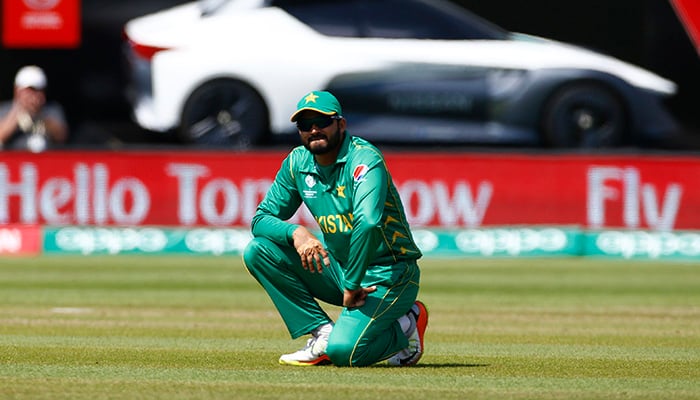 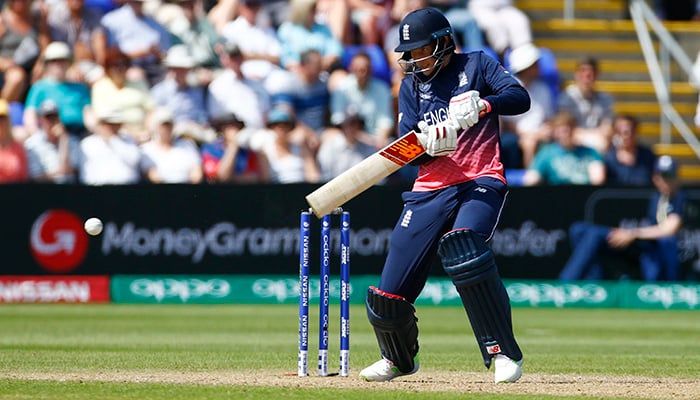 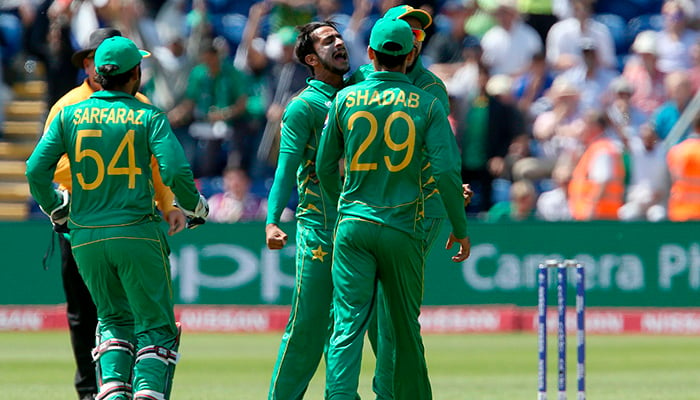 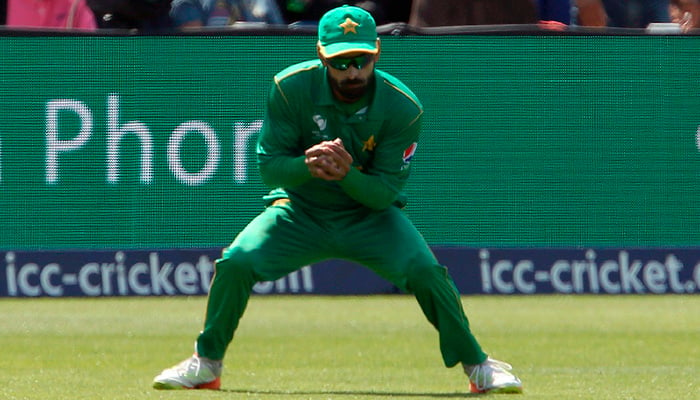 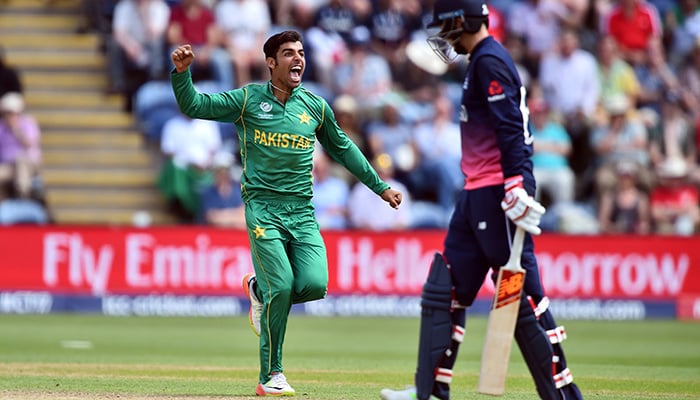 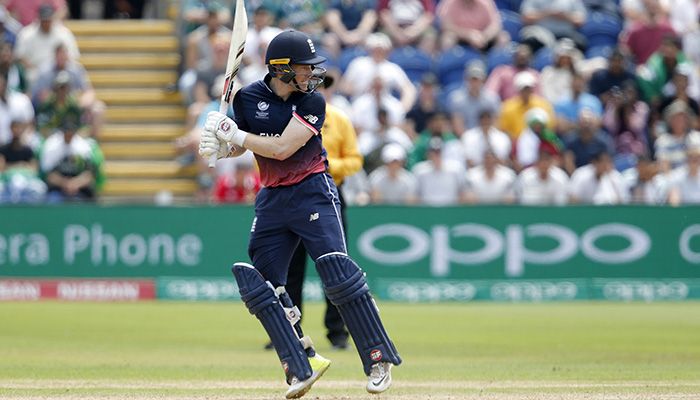 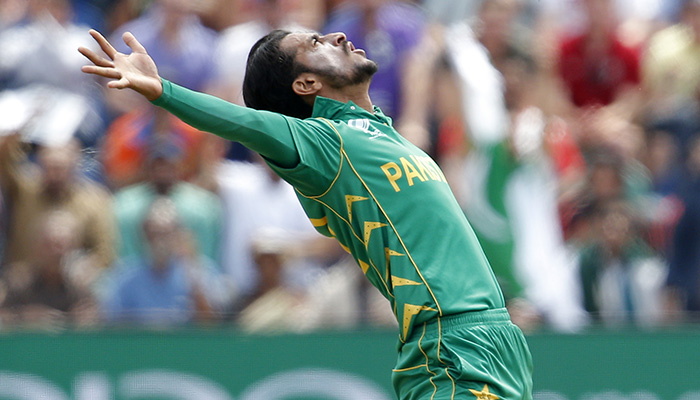 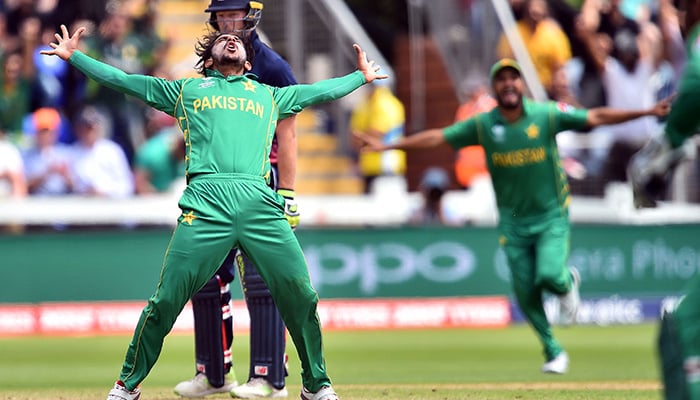 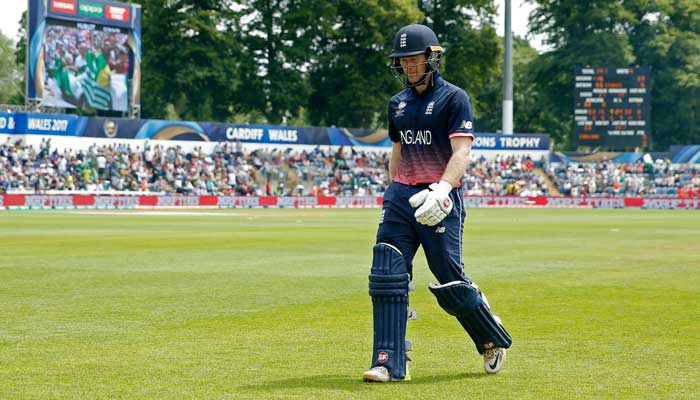 Eoin Morgan walks off dejected after losing his wicket – (Reuters) 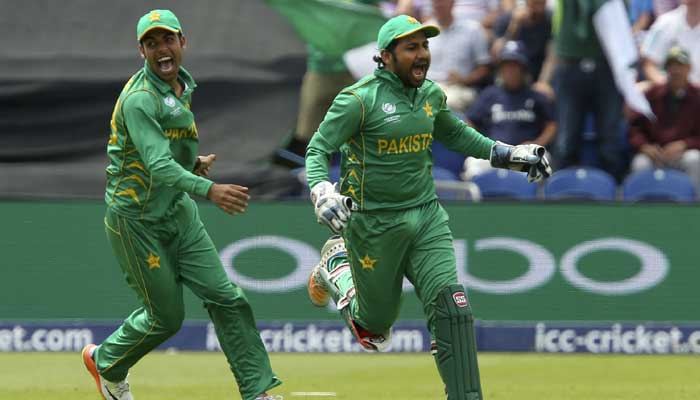 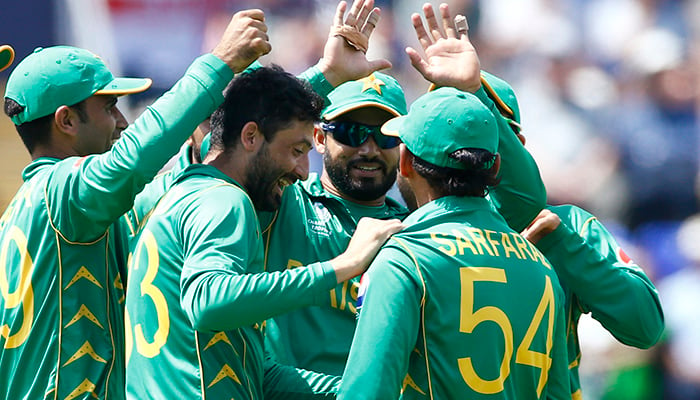 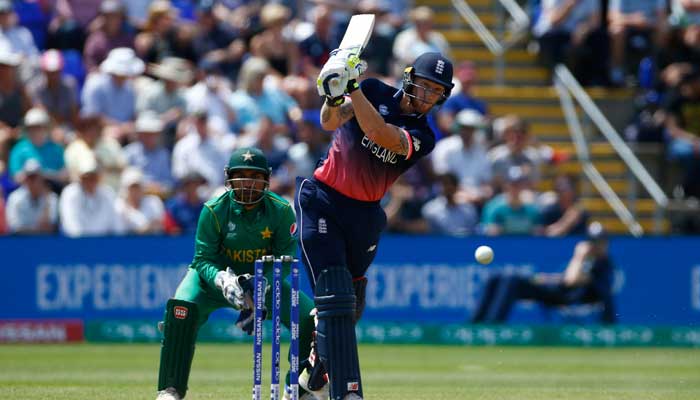 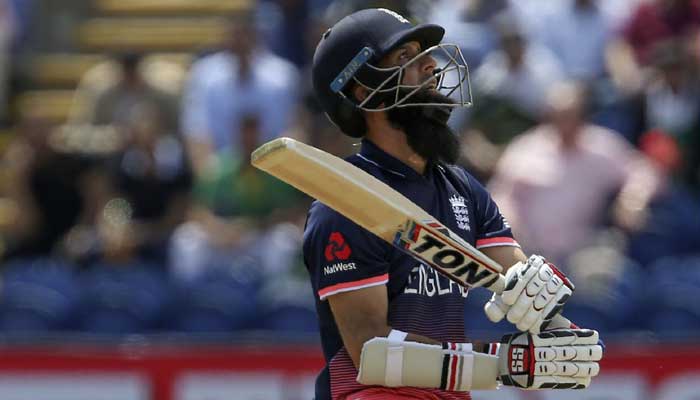 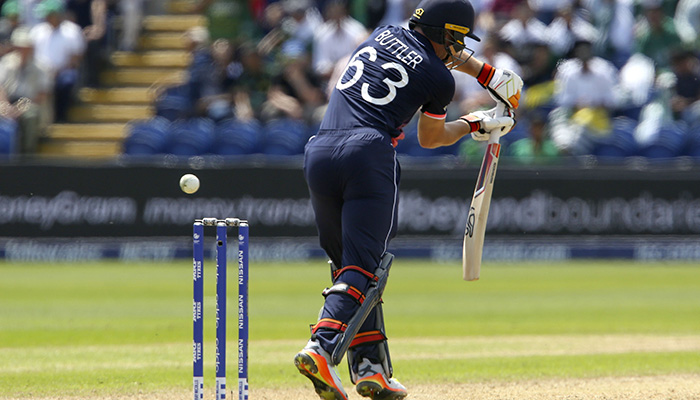 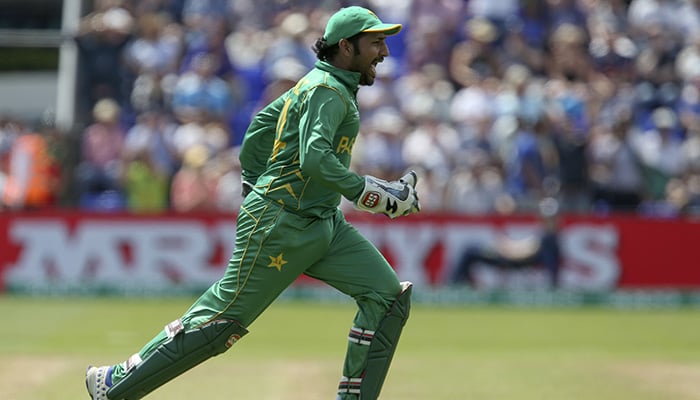 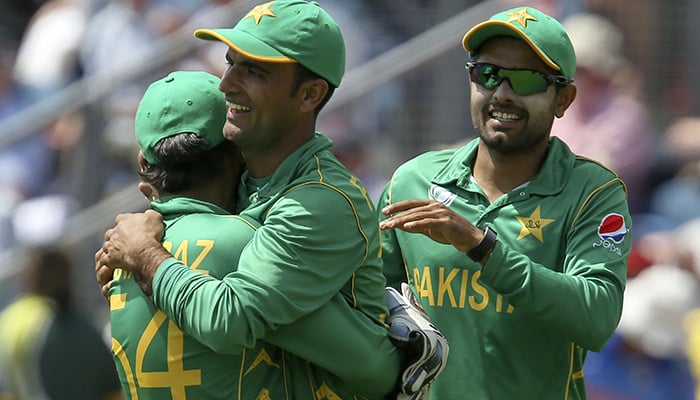 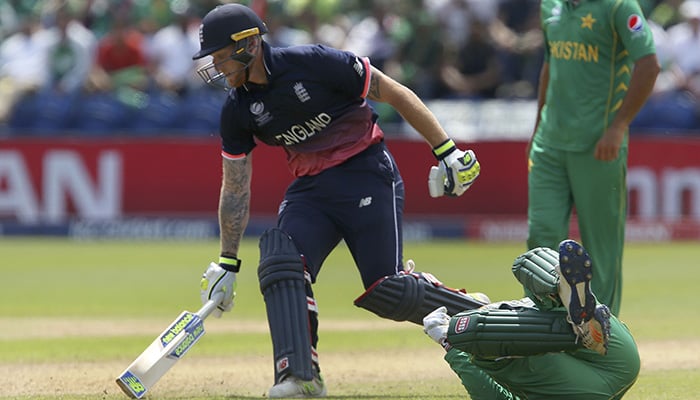 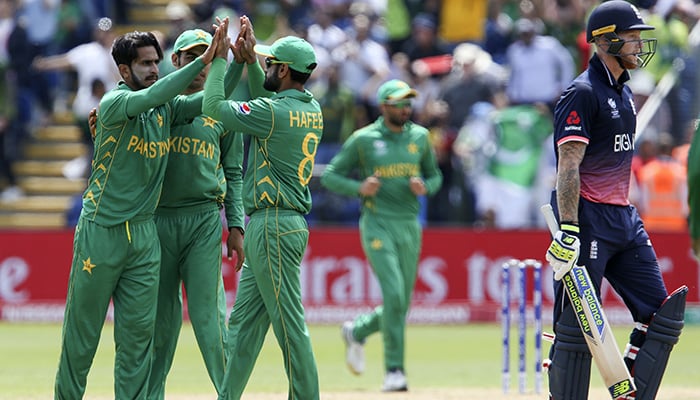 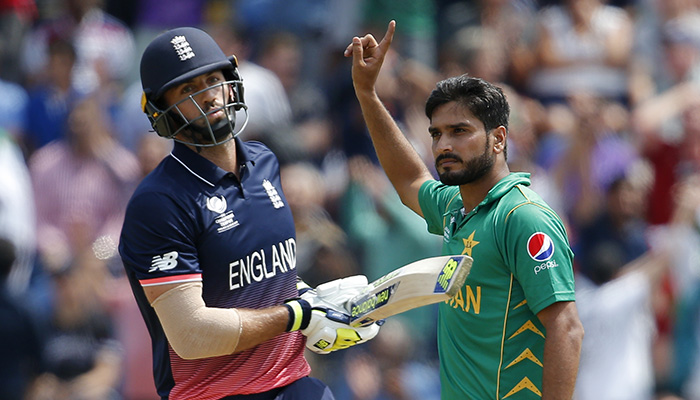 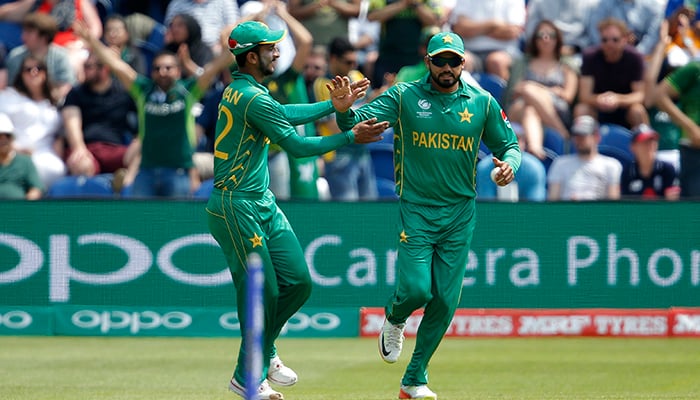 Pakistan players before the match – Reuters

Pakistan suffered a blow as Mohammad Amir was ruled out of the Champions Trophy semi-final against England at Cardiff.

Amir was sidelined with a back spasm, having been a key figure in Pakistan´s virtual quarter-final win against Sri Lanka in Cardiff on Monday.

The left-arm quick took two for 53 and also starred with the bat, making an unbeaten 28 in a match-clinching unbroken stand of 75 with Pakistan captain Sarfraz Ahmed (61 not out) that clinched a three-wicket win.

The 25-year-old Rumman, originally summoned as an injury replacement for Wahab Riaz after the fast bowler suffered a tournament-ending ankle injury against India, has represented Pakistan in two Twenty20 Internationals to date. He has also taken 123 wickets in 42 first-class matches.

Pakistan made another change bringing in leg-spinning all-rounder Shadab Khan in place of Fahim Ashraf, a pace-bowling all-rounder.

England’s Jonny Bairstow is in for out-of-form opener Jason Roy.

Tournament hosts England are the only unbeaten side left in an event featuring the world’s top eight ODI sides, having won all three of their group games.