Pakistan Air Force (PAF) has inaugurated a state-of-the-art weapon testing range (WTR) in Sonmiani in collaboration with China. The ceremony was attended by the Air Chief Marshal Sohail Aman along with numerous high-rank officials from the PAF. JF-17 Thunder‘s missile firing prowess was tested and witnessed live at the newly built firing range in Sonmiani.

The WTR was made operational by trial-testing JF-17’s PL-5EII infrared-guided air-to-air missile (AAM) as well as an SD-10 AAM, both shooting down low-speed targets beyond visual range with pinpoint accuracy. The real-time tracking will allow the PAF to keep an eye on the targets at all times along with performance tracking of the indigenous fighter jet JF-17.

The armed forces of Pakistan have been on the move to up the ante in terms of their arsenal, and this highly sophisticated WTR is the continuation of the efforts of the PAF to further strengthen the country’s defense.

The instrumented testing range can be used to test and evaluate the local as well as imported munitions – the range also tracks the real-time trajectories of fired missiles as well as the aircrafts, making it a very pivotal part of PAF operations. 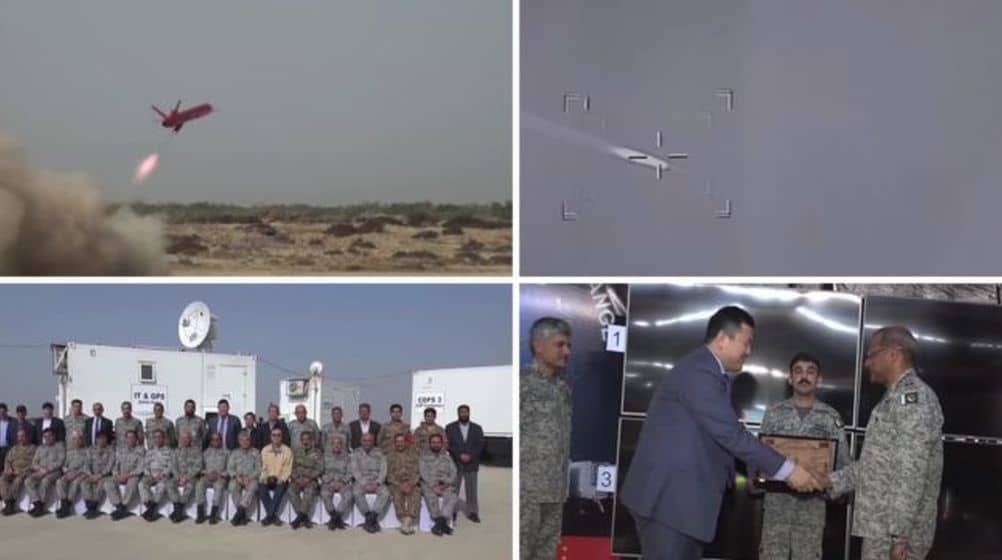 Talking about the milestone, Sohail Aman said it is a breakthrough achievement for PAF.

“The day marked a monumental episode in the glorious history of PAF as a state-of-the-art Weapon Test Range has been made operational to track the complete trajectory of the aircraft and launched missiles”, he said.

“We are thankful to Allah Almighty who has given us the strength to achieve this extraordinary milestone. The successful testing of these sophisticated weapons is a testimony of JF-17 Thunder’s multirole capabilities”, said Air Chief while addressing the ceremony.

He further iterated that another squadron has been added and equipped with JF-17 Thunder – 6th squadron, up from 5 in 2017 – however, no further information was disclosed about the new squadron.