More than 105,955,000 people will be eligible to vote in the general election this year, the Election Commission of Pakistan (ECP) said on Wednesday.

As expected, Punjab with more than 60 million has the highest number of voters in the country.

In Sindh, the total number of voters is 22 million, followed by Khyber-Pakhtunkhwa with 15 million, Balochistan four million and the Federally-Administered Tribal Areas (Fata) with 2.5 million voters. 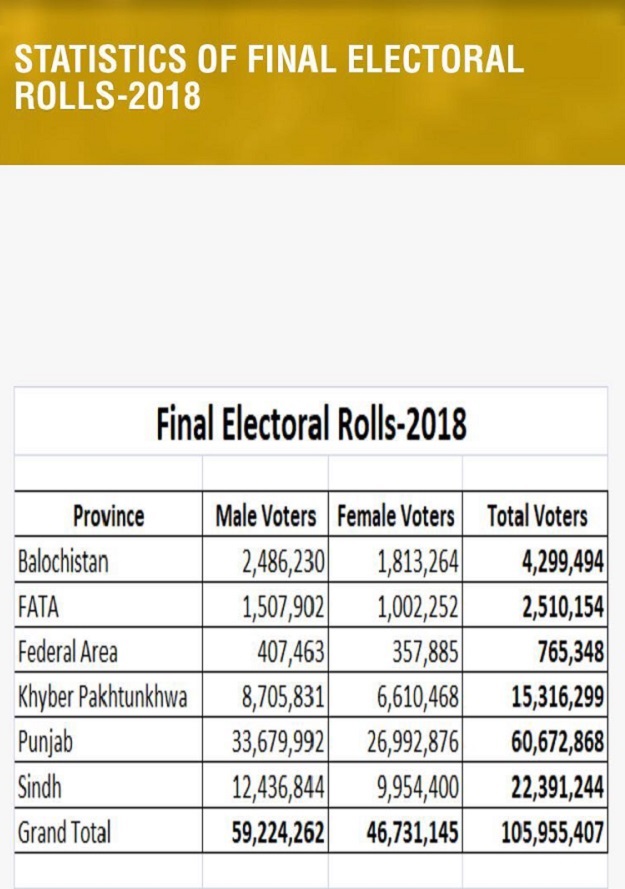 The statistics were revealed hours after the national electoral authority issued a draft of the polling scheme for the upcoming general polls.

The draft outlines constituency-wise details of polling stations including the number of polling booths and voters assigned to each station.

Earlier this week, the commission recommended holding upcoming general elections between July 25 and July 27 under Section 57 (1) of the Elections Action Act 2017 in a summary forwarded to President Mamnoon Hussain.

The incumbent government will complete its term on May 31.