National Aeronautics and Space Administration (NASA) is planning to launch a fastest man-made spacecraft to the sun on 11th August.

It’s NASA’s long-planned attempt to “Touch the Sun,” and the Parker Solar Probe will go closer to our host star and plasma than any human-made object ever has. It can bear extreme temperatures reaching up to 2,500 degrees Fahrenheit to gather data and images of the sun’s atmosphere called “corona.” The spacecraft will travel with a maximum speed of up to 430,000 mph, making it the fastest-ever man-made object.

NASA plans to use the data to figure out how we can better prepare for solar winds, which are streams of charged particles emitted by the corona. Particularly strong winds could change satellites’ orbits, interfere with their instruments and even affect power grids here on Earth.

Moreover, if we want to go deeper into space in the future, we must first study how solar winds can affect our vehicles. Besides, we need to take a closer look at the star nearest to us if we want to learn more about the other stars in the universe. Finally, studying the sun could shed light on the origin of life on Earth, since it is our source of light and heat. 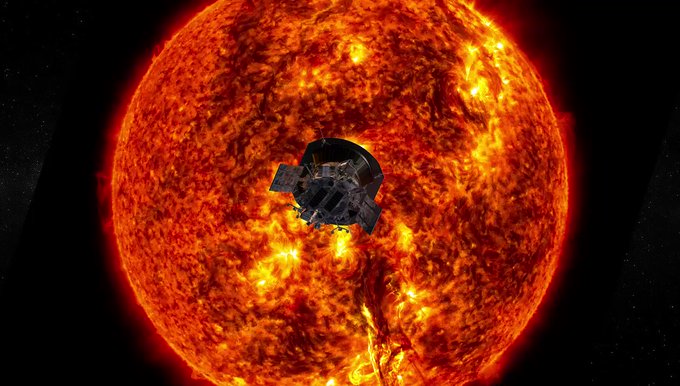 NASA will launch Parker on top of a United Launch Alliance Delta IV Heavy rocket from Cape Canaveral in Florida. You can also switch to NASA TV to witness this historic launch on August 11th before the launch window opens at 3:33 AM Eastern time.