A Jewish centre in the Indian city of Mumbai is due to reopen, nearly six years after it was attacked by gunmen in terror attacks on the city.

Six Jews died at the centre, which was one of several places targeted in the November 2008 attack.

Rabbi Gavriel Holtzberg, 29, and his wife Rivkah, 28, who ran the Chabad House Jewish cultural centre were killed in the attack, but the couple’s two-year-old son, Moshe, survived.

He was found crying next to their bodies by his Indian nanny, who hid in a cupboard during the attack, but emerged to rescue the child after his parents were killed.

‘Message for the whole world’

Some 25 rabbis from across Asia will gather on Tuesday at the newly renovated centre and announce plans for a $2.5m (£1.5m) museum in the building.

The refurbished cultural centre has a synagogue, offices, guest rooms, a restaurant, a commercial kitchen and security rooms, according to the Chabad.org website.

“We’re not moving into a new building – we are returning to our original building and we will be continuing and expanding all the activities that took place here,” Rabbi Israel Kozlovsky, new co-director of the centre with his wife, Chaya, told the AFP news agency. 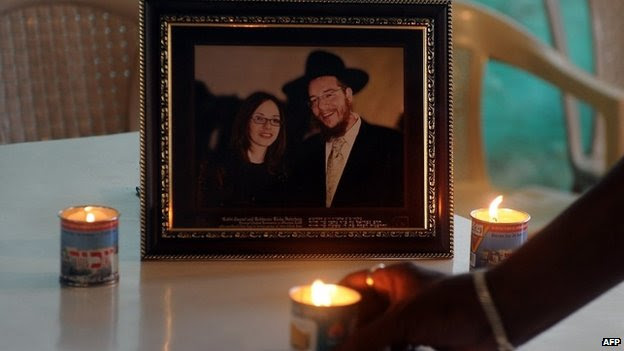 Rabbi Moshe Kotlarsky, a prominent member of the orthodox Chabad-Lubavitch movement who helped to rebuild the centre, said its reopening would be “really a message for the whole world”.

“You can overcome challenges, even the most horrific of challenges. You can and must rebuild, and this project serves as a beacon of light and hope that evil will not prevail,” he said in a statement.

Qasab was part of a heavily armed and well-drilled, 10-member militant unit which arrived in Mumbai by sea on 26 November.

The men split into groups to attack various targets. Their assault on the Taj Mahal Hotel, Oberoi Trident Hotel and the Jewish centre went on for more than two days.