Search
HomeNewsNational
By Web Desk on May 1, 2017 National News

SHEIKHUPURA: The security forces, on Monday, recovered a huge cache of arms from a car in Kot Pindi Das in Sheikhupura.

Two suspects were arrested after the Motorway Police recovered approximately a hundred rifles, Kalashnikov rifles, pistols, and a huge cache of bullets from a car.

The accused were transporting the arms and ammunition from Islamabad to Lahore via the Motorway, the Motorway Police told Geo News.

“The arms were hidden in a secret compartment in the car,” the Motorway Police said. “We acted on a tip and intercepted the plan to use the arms for acts of terrorism.” 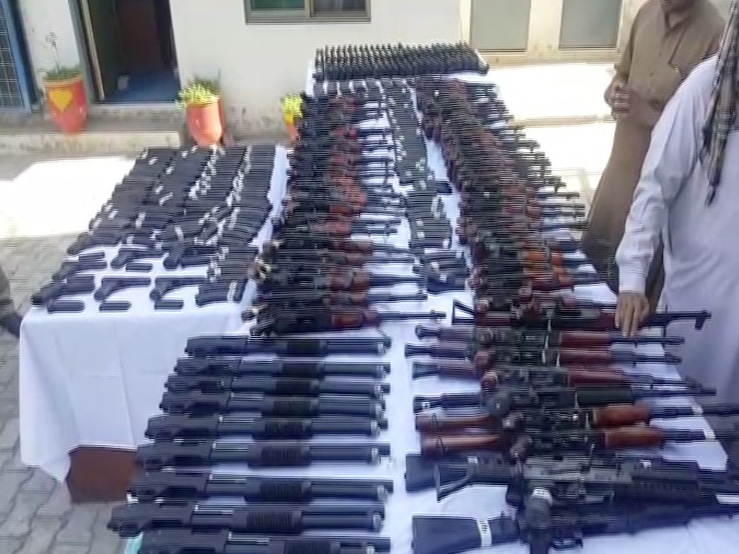 Earlier on April 8, a large stock of arms was recovered from an empty plot in Karachi’s Ahsanabad during a search operation.

The operation was conducted after police received credible information regarding the presence of weapons in the area however no suspects were arrested during the operation.

Next Article Twitter partners with Bloomberg for streaming TV news