KARACHI: Pakistan is fast becoming a digital economy on the world map as people are quickly adopting internet services to remain connected with family members and friends via social networks like Facebook and WhatsApp.

According to Pakistan Telecommunication Authority (PTA), the number of mobile internet subscribers reached a record 40.56 million by the end of April 2017.

Information and Communications Technology (ICT) experts Parvez Iftikhar and Noman Said pointed out that anecdotal evidence suggested majority of the people were using internet to remain connected on social networks in Pakistan. 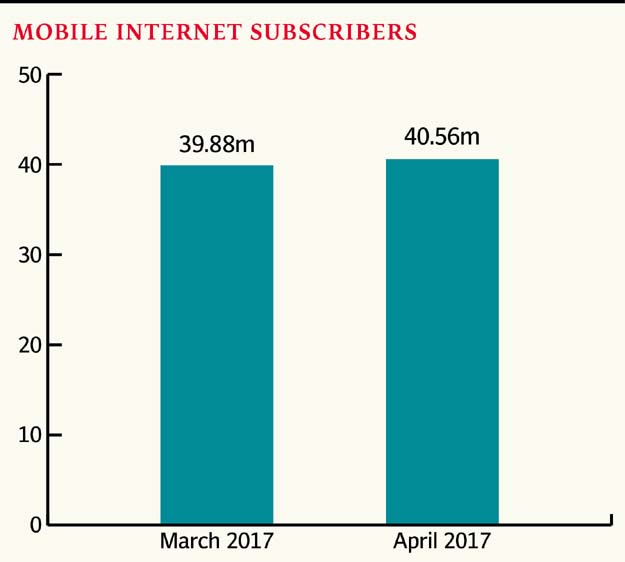 He urged the federal and provincial governments to make internet use more productive and facilitate the people. “They should speed up e-government services and financial inclusion via branchless banking to do away with long queues at government offices and banks,” he said.

He called for declaring smartphone and other internet-related things tax-free in a bid to step up the pace of digitalisation and documentation of the economy.

He saw a big room for further growth in internet penetration. “The saturation point is still far away,” he said.

Said added that earlier people could not live without television, but now internet had replaced the TV. He was of the view that services like online shopping and low-rate internet packages were fast enabling people to increase the use of internet in the country.

According to the PTA data, over 29% of mobile phone users are now internet users as well. They were standing at 22% by the end of previous fiscal year in June 2016.

On an average, the number of mobile internet subscriptions stood at 976,600 per month compared to mobile subscriptions at 703,617 per month in the past 10 months, according to PTA.

Officials at mobile phone companies say they will soon launch large data video services and a big part of their income is now coming from sales of internet data and services.

The total number of mobile phone subscribers stood at 139.61 million at the end of April 2017 compared to 139.10 million in the previous month.