“The CPEC has opened doors for foreign investment in Pakistan,” he was quoted as saying during a lunch hosted to honour London Mayor Sadiq Khan, who arrived in the country earlier in the day through the Wagah border. The delegation was received by Lahore Mayor Colonel (retd) Mubashir.

“It was a pleasure to host Mayor of London @SadiqKhan (who speaks Urdu really well) & his delegation in Lahore. Had a thorough discussion on promoting trade and investment between our two countries. The UK-Pakistan partnership continues to deepen with passage of time,” CM Sharif tweeted. 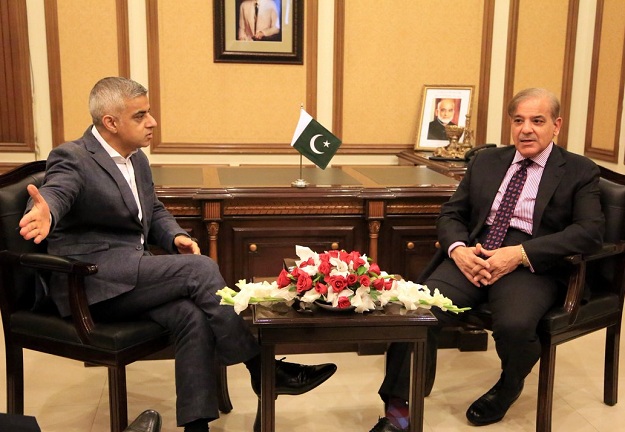 He said he was happy to visit the country of his ancestors, and proud that his father was a Pakistani.

“Pakistan has a bright future in international market… it can cement it place in London and other international economies,” he said.

The British delegation also thanked the provincial government for the warm welcome and hospitality. 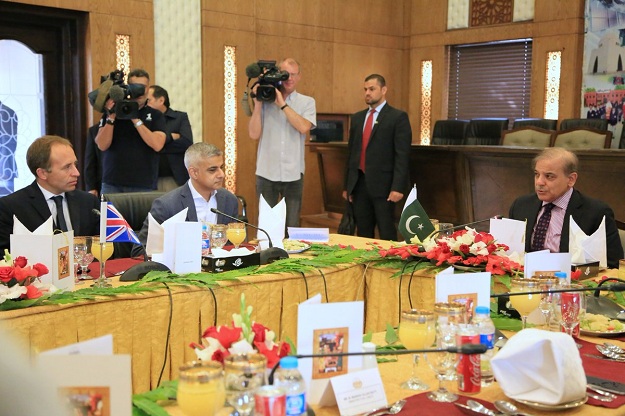 Speaking on the occasion, Shehbaz said the Punjab government wanted to extend cooperation in public transport, sanitation and traffic departments with Britain so people of the two sides were benefitted.

Speaking about his government’s achievements, Shehbaz said by maintaining high standards and transparency in power generation projects, billions have been saved from the national resources.

Appreciating British cooperation, he said accomplishments were achieved in education, health and skill development in Punjab.

Earlier this week, Khan visited India where he met top businessmen and celebrities of the country.

Web Desk
Previous ArticleOperation Radd-ul-Fasaad : Two wanted terrorists killed in Swat
Next Article Pakistan & India to Battle it Out in a Baseball Series in Dubai