More than one person has died in a series of “terrorist” incidents in central London which are still ongoing, police have said.

Armed officers and ambulances were alerted to reports a van hit people on London Bridge shortly after 22:00 BST.

Police later went to nearby Borough Market where they were responding to reports of stabbings in the area which is known for its restaurants and bars.

Prime Minister Theresa May described the incidents as “dreadful events”.

The Metropolitan Police tweeted: “At 0025hrs 4/6/17 the incidents at #LondonBridge & #BoroughMarket were declared as terrorist incidents.” 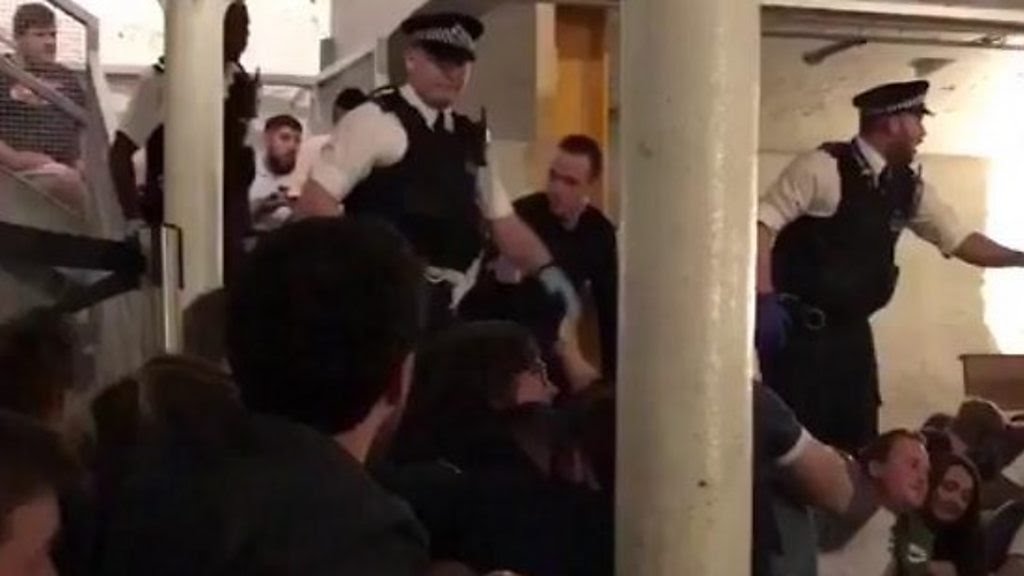 Mrs May said: “Following updates from police and security officials, I can confirm that the terrible incident in London is being treated as a potential act of terrorism.

“This is a fast-moving investigation. I want to express my huge gratitude to the police and emergency services who are on the scene.

“Our thoughts are with those who are caught up in these dreadful events. 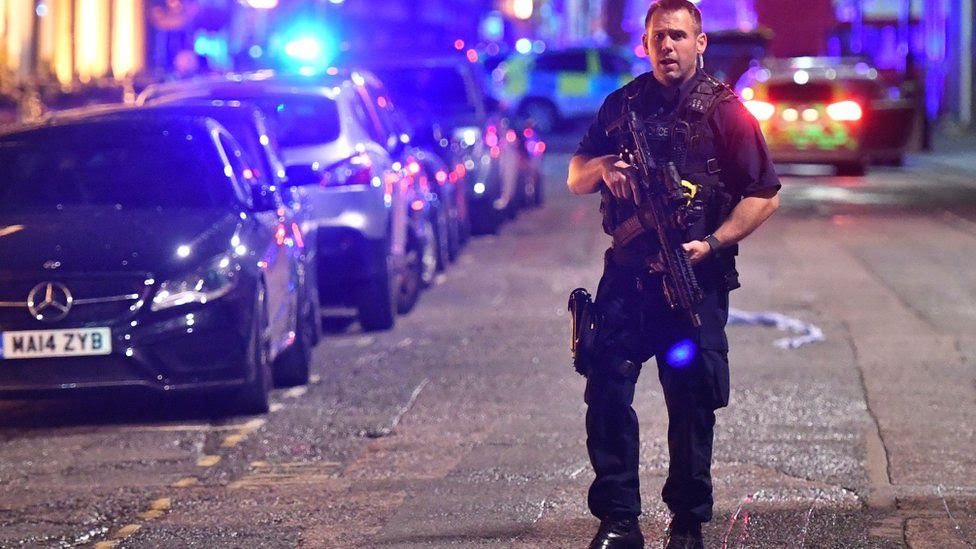 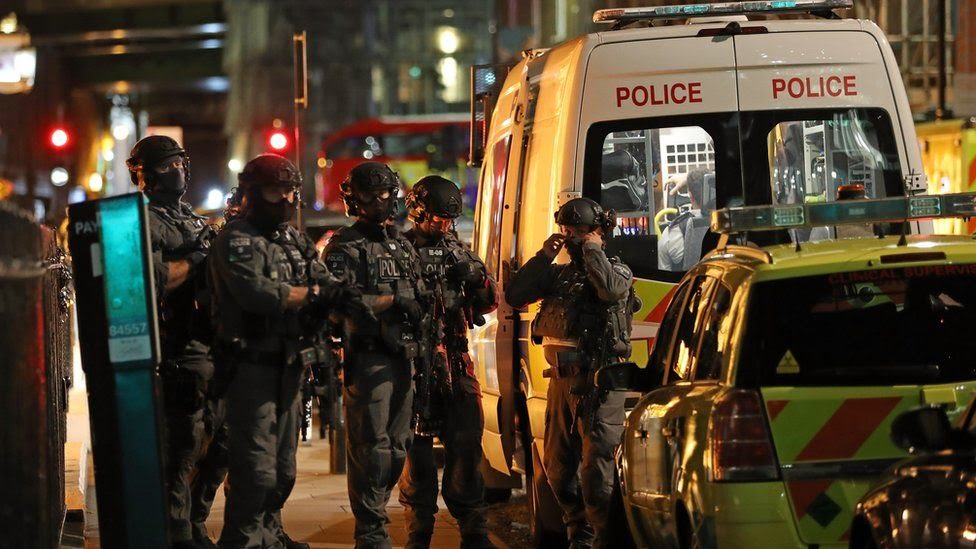 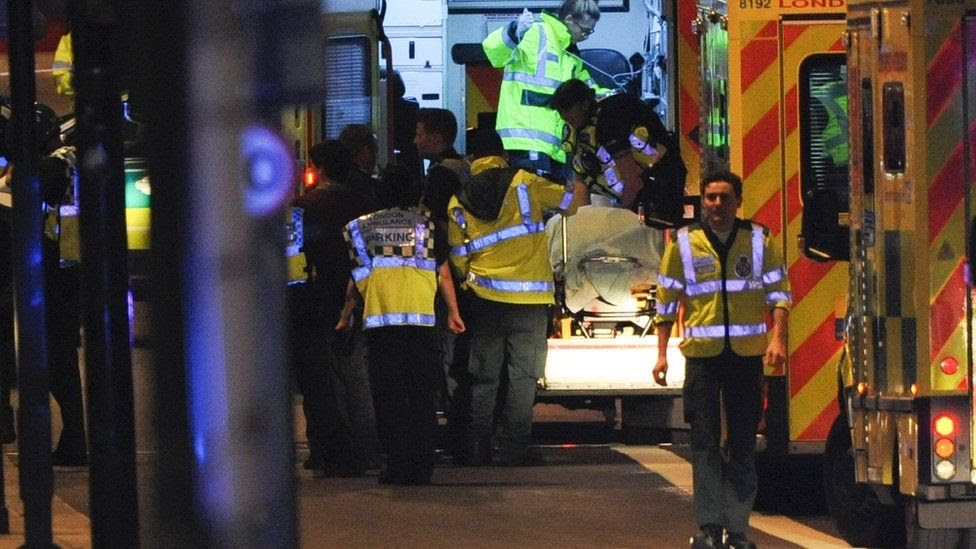 Image captionAmbulances attended to the injured on London Bridge

BBC reporter Holly Jones, who was on the bridge, said a van driven by a man was “probably travelling at about 50 miles an hour” before it hit a number of people.

“He swerved right round me and then hit about five or six people. He hit about two people in front of me and then three behind,” Ms Jones told the BBC News Channel. 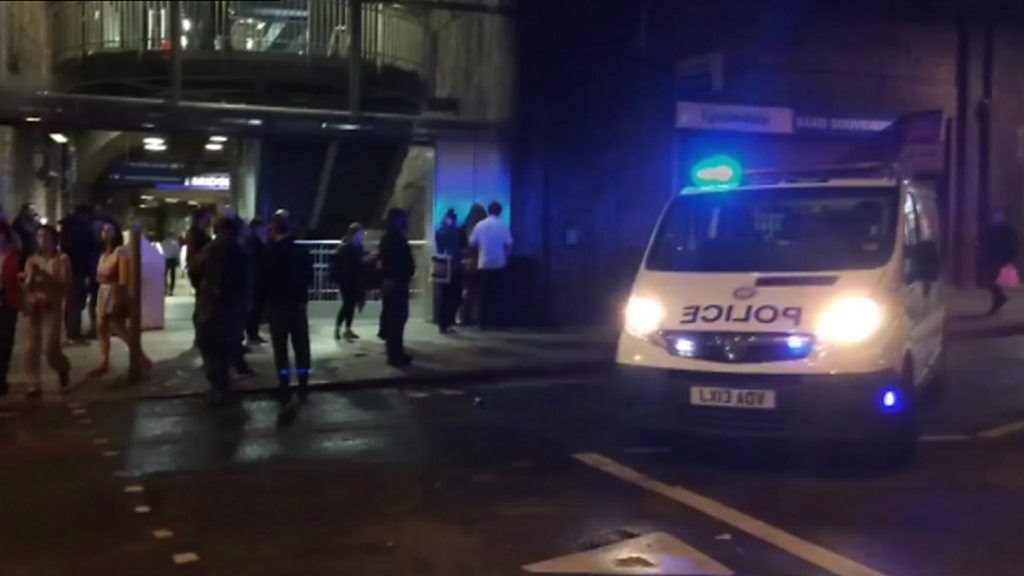 Five or six people were being treated for injuries after the vehicle mounted the pavement and hit them, she said.

“I’d say there are about four severely injured people. They all have paramedics assisting them at the moment.”

She said the van, which was travelling from the direction of central London, headed towards the south side of the river.

Ms Jones later reported seeing a man being arrested by police. She said he was handcuffed and had his shirt off.

She said a French woman was among the injured. She had told said she did not know where two people who had been with her were.

Speaking to the Press Association, Will Orton described being in a pub in the area and seeing people coming running inside.

“We didn’t really know what was going on,” he said.

“We thought maybe there was a fight or something outside. And then there were almost hundreds of people coming inside.

“The bouncers did a really good job, they shut the doors and locked everyone in. There was panic – it seemed like it was literally outside the door. People were coming inside and saying they had witnessed people being stabbed.” 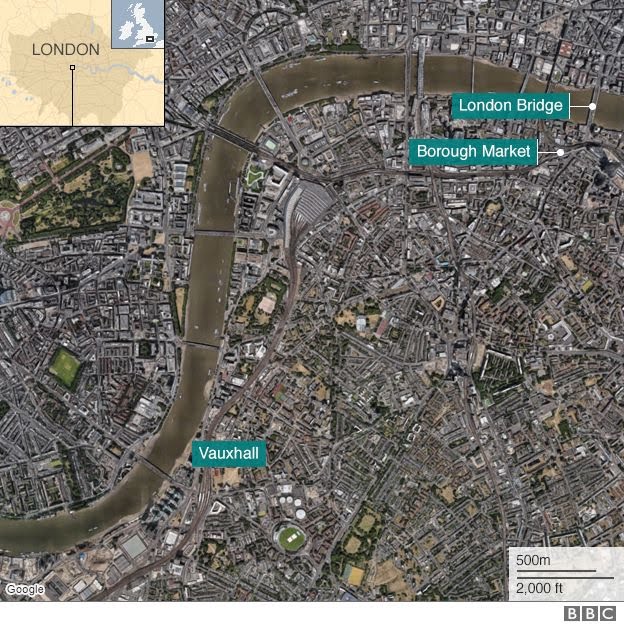 Downing Street said Mrs May, who has been campaigning in the general election, was returning to No 10 to receive further briefings from security officials.

It said the prime minister will chair a meeting of the government’s Cobra emergency committee later.

Transport for London said London Bridge has been closed in both directions. while neighbouring Southwark Bridge has also been shut.

TfL said there were further closures in Borough High Street, where armed police and counter-terrorism specialist forces were later seen. On the north side of the river, Lower Thames Street was closed.

Meanwhile, Facebook said it has activated its safety check so people in London could let friends and relatives know they were safe.

Police said earlier they were also responding to an incident in the Vauxhall area a few miles away but later confirmed it was not connected to the London Bridge attacks. 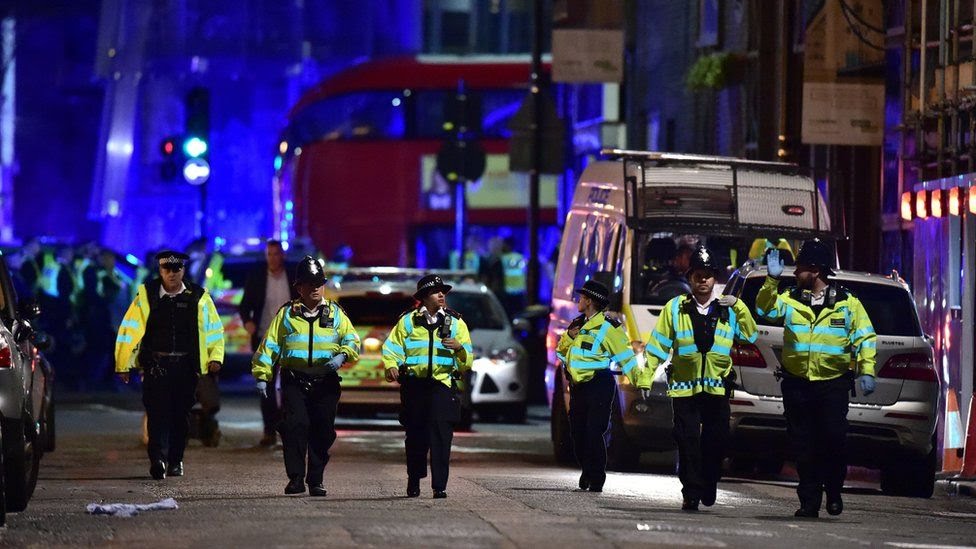 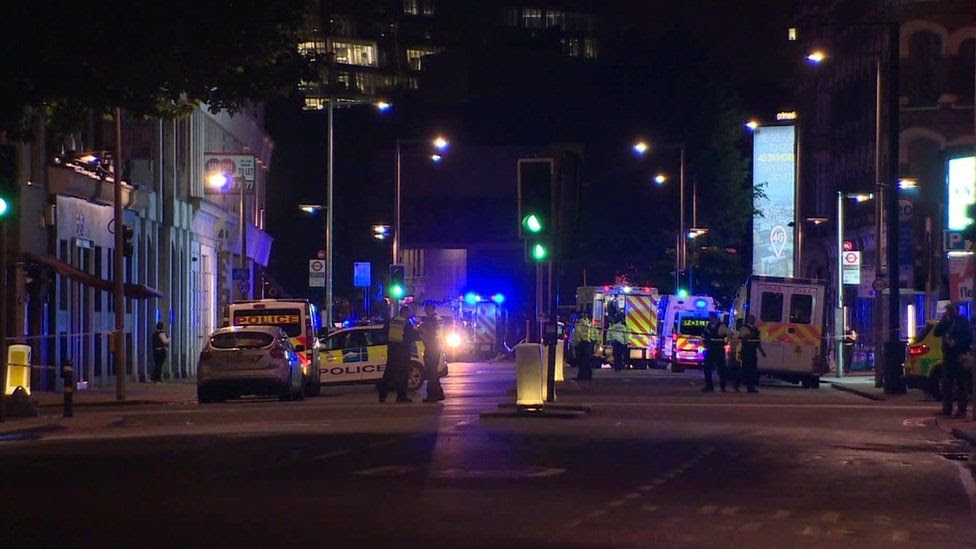