He chaired an important session on regional security in Lahore. The session summoned all Corps Commanders of Punjab.

Security situation of the region was discussed in the session led by Army Chief Gen Qamar Bajwa. It was reported that multiple decisions of great significance have been taken in the meeting.

It was later announced that Rangers have been given powers in Punjab according to the anti-terrorism act. Interior Minister Chaudhry Nisar Ali Khan gave formal approval and urged fighting terrorism. 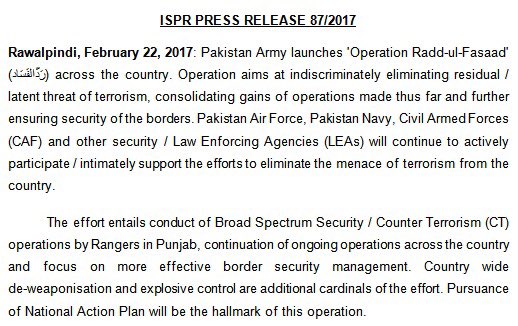 It was decided during the conference that wherever the terrorists are, they will be identified and killed. Gen Bajwa said during the session that special emphasis will be given on border management.