Erdogan had arrived to the Saudi coastal city of Jeddah on Saturday evening and performed the Umrah pilgrimage in Makkah before flying to Riyadh on Monday. 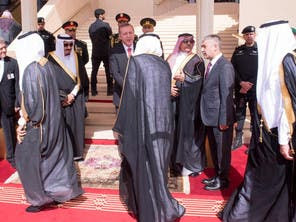 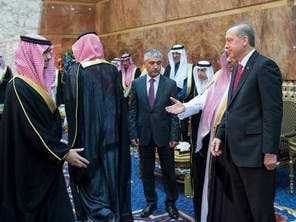 King Salman acceded to the throne in January after the death of King Abdullah.

Erdogan arrived in Riyadh after performing a weekend pilgrimage in the Muslim holy city of Mecca and visiting Medina.

Cairo has accused Turkey of interfering in Egypt’s internal affairs and of supporting the Muslim Brotherhood.

Sisi and Erdogan have had strained relations since Sisi ousted president Mohammad Mursi in 2013, launching a crackdown on his Muslim Brotherhood which Qatar was also accused of backing.