LAHORE: Tehreek-e-Labbaik Pakistan (TLP) chief Khadim Rizvi was arrested by police in a raid on his residence in Lahore on Friday night.

Media reports suggest a crackdown has been initiated against the party’s activists and leaders in all major cities of the country, following the arrest of the firebrand cleric. 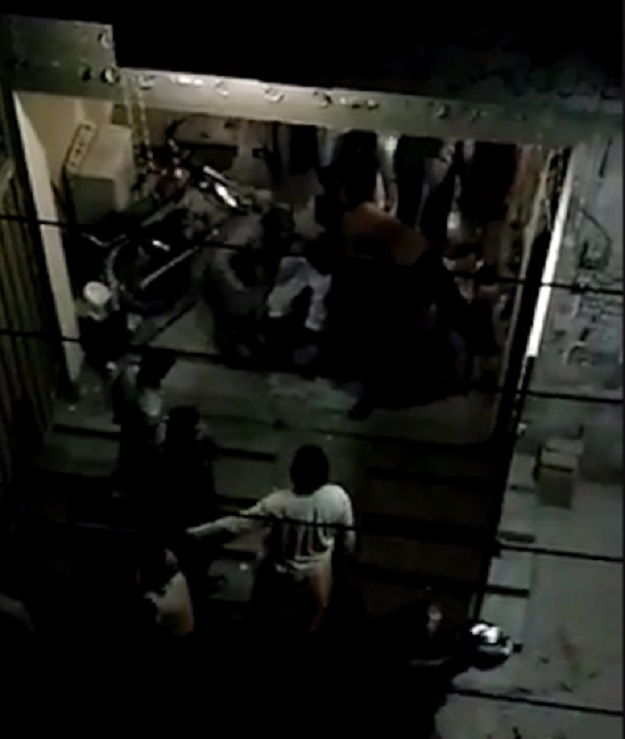 Dozens of workers of the party have reportedly been arrested, while police personnel have also been deployed at the Faizabad interchange in Islamabad, where the organisation had earlier staged a weeks-long protest.

Security has been beefed up across the country to thwart any untoward incident from happening. Heavy contingents of police and paramilitary forces have been deployed to protect all sensitive installations in all major cities.

The party had staged violent countrywide protests against the acquittal of Aasi Bibi last month.

Information Minister Fawad Chaudhry, on Twitter, said Rizvi was shifted to a guest house after being taken into ‘protective custody’. The action was taken following the TLP’s refusal to withdraw the call to stage a protest sit-in [at Liaquat Bagh in Rawalpindi]on Sunday, November 25, he added.

“Protecting public lives and properties is the first priority of the government,” he said in a tweet in Urdu.

The minister went on to say that Tehreek-e-Labbaik has become a threat to public and is involved in politics in guise of a religious party. “Current action has no connection with Aasia Bibi’s case,” said Chaudhry and urged the masses to remain peaceful and cooperate with the officials.

Earlier this month, the Lahore High Court had dismissed petitions against Rizvi and Jamiat Ulema-e-Islam-Fazl (JUI-F) chief Maulana Fazlur Rehman. The petitioner had sought proceedings of treason against the two leaders for ‘issuing anti-state remarks.

Rizvi-led TLP had called of its countrywide protest sit-ins following reaching of an agreement with the federal and Punjab governments. On October 30, nationwide protests erupted against the acquittal of blasphemy accused Aasia Bibi, by the Supreme Court of Pakistan.

Rizvi had critisised state institutions including the government, military and the judiciary on numerous occasions, most notably after a failed round of negotiations between the TLP and the government.

The TLP took to the street after the acquittal of Aasia Bibi by the Supreme Court on October 30, paralysing the major cities of the country. In his immediate reaction, Prime Minister Imran Khan had warned the protesters not to incite people to violence or else the state would perform its duty to protect the life and property of its citizens.

The TLP protesters stayed put disregarding the warning and staged new protests after Friday prayers, bringing the life to a standstill.

All private and public educational institutions remained closed in major cities, while attendance in government offices and commercial enterprises was also thin.

Hospitals also suffered from staff shortages. Many neighbourhoods in Karachi remained without water as protesters had stopped water tankers at different locations.