PESHAWAR: The Khyber-Pakhtunkhwa government on Tuesday banned the use of smartphones, tablets and similar electronic devices in public hospitals and medical facilities, Express News reported.

According to a communique addressed to the officials concerned, the provincial health department said that the staff may use any basic phones and not the smartphones.

The health department further said it has put in place an independent monitoring unit to ensure that the directions are implemented in letter and spirit. It further warned that disciplinary action will be taken against those found violating the orders.

Last year, a Google representative said the ‘next billion users’ of smartphones will emerge from four developing countries including Pakistan.

According to the Asia Pacific Industry Head Khurram Jamali, at least 40 million people are connected to the internet in Pakistan at the moment.

Jamali said that the number of people watching videos on the internet is growing by 66% annually while social media users are increasing by 35% per year, adding that 80% of the users surf the internet through mobile phones. 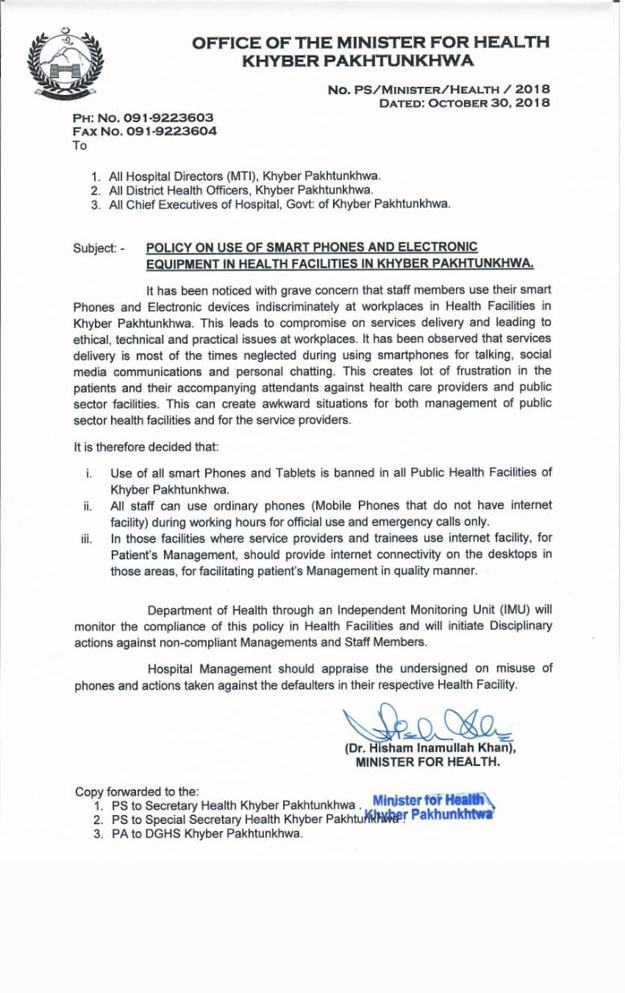