Japan’s Yoshinori Ohsumi won the 2016 Nobel prize for medicine for ground-breaking experiments with yeast which exposed a key mechanism in the body’s defenses where cells degrade and recycle their components.

Understanding the science behind the process, called “autophagy” or “self-eating”, has led to a better understanding of diseases such as cancer, Parkinson’s and type 2 diabetes, the prize committee said in its statement on Monday.

“Ohsumi’s discoveries led to a new paradigm in our understanding of how the cell recycles its content,” it said.

The Physiology or Medicine prize, the first of the Nobel prizes awarded each year, is worth 8 million Swedish crowns ($933,000).

Ohsumi, born in 1945 in Fukuoka, Japan, has been a professor at the Tokyo Institute of Technology since 2009. He told Kyodo News agency he was “extremely honored” to get the prize.

In a separate interview with broadcaster NHK, he said he had “always wanted to do something that other people wouldn’t do”. 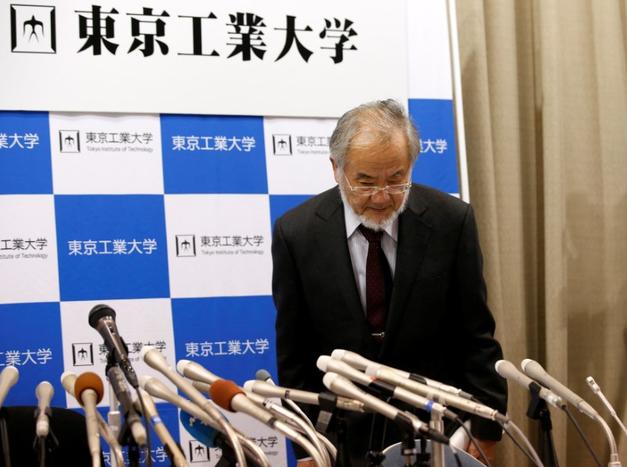 “I thought the breakdown (of cells) would be interesting, and that was my start,” he said.

Ohsumi’s work – carried out in the 1990s and described by commentators as “paradigm-shifting” and “pioneering” – included locating the genes that regulate autophagy. This is important for medicine because it helps show why errors in these genes can contribute to a range of diseases.

David Rubinsztein, deputy director of Cambridge University’s Institute for Medical Research, said Ohsumi had provided scientists around the world with “critical tools” to help them understand how disrupted autophagy can contribute to illnesses including infectious diseases, cancers and neurodegenerative diseases such as Huntington’s and Parkinson’s.