Muslims all around the world are busy in preparation of the holy month of Ramadan. Ramadan 2017 has already started in various parts of the world. First day of fasting is being observed today in various Islamic countries. This year you will see the Islamic Spirit of Social Media as Many famous Personalities and Networking sites honoring the fasting in Ramadan. 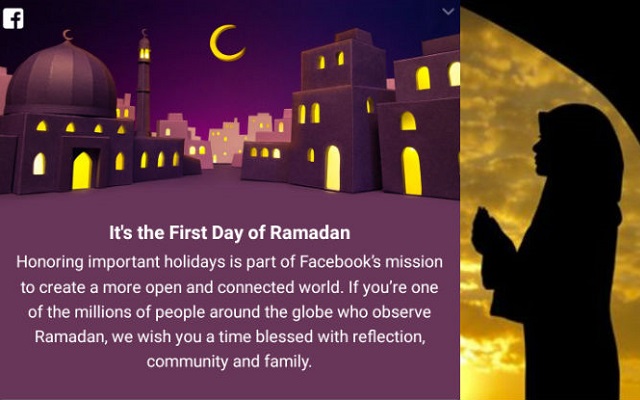 Normally, people talk about anti Islamism about these social networks. But this in not true at all. Facebook wishes Muslim events almost every time in a better way on its app.

The Prime Minister of Canada, Justin Trudeau, also wished Muslims of Canada and world the holy month of Ramadan. 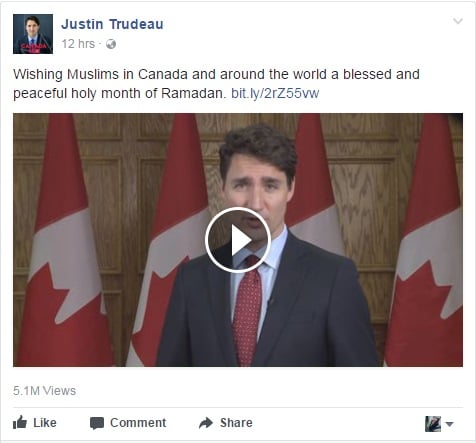 “Ramadan is also a time of community, when Muslims gather with family and friends to pray and share iftar, the evening meal. For all of us, Ramadan is a reminder to appreciate the many gifts we are given, and to give generously to others, in our communities and around the world.

“This year, as we celebrate the 150th anniversary of Confederation, let us take the opportunity to honour the many cultures, traditions, and beliefs that make Canada such a wonderful place to live. Muslim Canadians help make Canada the strong, diverse, and inclusive country it is today.

Next comes the President of America, Donald Trump. Back in March, he specifically said that “Islam hates us“. But i think after so many protest, Trump must have been realized that Islam is the only religion who promote humanity and spread love. There is no discrimination between Muslims and non-muslims in Islam. As now he wished Muslims a “joyful Ramadan“.

“During this month of Ramadan, let us be resolved to spare no measure so that we may ensure that future generations will be free of this scourge and able to worship and commune in peace.”

Last but not the least, Twitter has rolled out various initiatives to help create a more fulfilling Ramadan experience for everyone on Twitter. Several Ramadan themed emojis are available on Twitter throughout the holy month to make the conversations more fun. 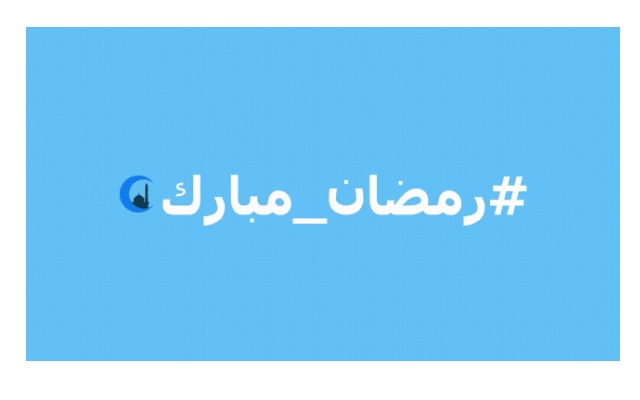