NEW DELHI: A new video has surfaced on the social media, raising questions about continued human rights violations by the Indian army. In the video, India army personnel can be seen beating unarmed young students of Government Degree College Pulwama and demanding them to voice anti-Pakistan slogans.

Speaking to the media, the college students who were tortured by Indian troops said that the Indian army came from the back of the college building, barged into classrooms and started beating them with gun butts.

The injured students while lying on hospital beds in Srinagar said that many of their colleagues fell unconscious due to a severe beating. Some students even received pellet injuries in their eyes and faces.

The video came after a Kashmiri man tied to the bonnet of an Indian Army jeep as a human shield sparked a major controversy – raising questions over human rights violations in the valley.

In a tweet, former chief minister of Indian-Occupied-Kashmir Omar Abdullah expressed his outrage on the incident: 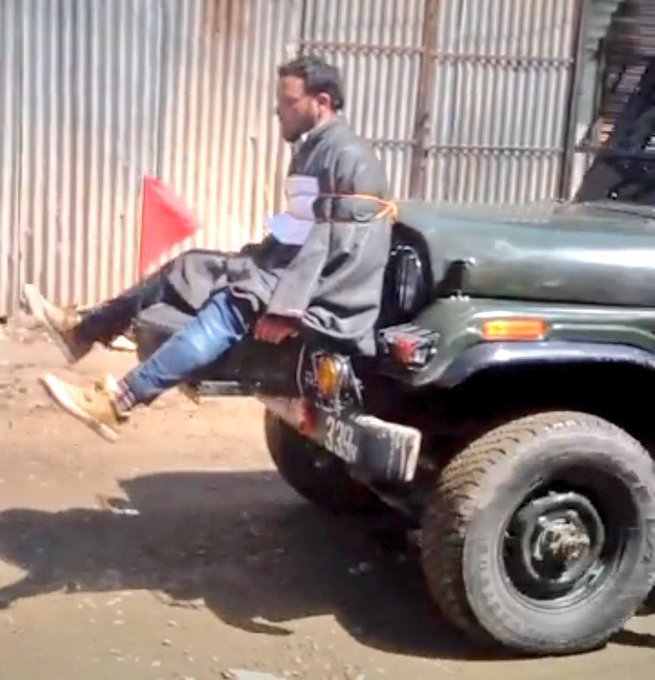 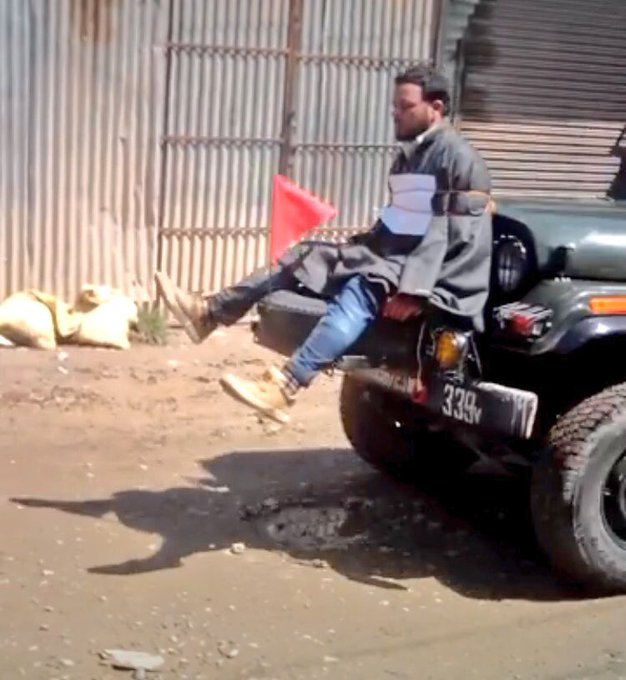 This young man was TIED to the front of an army jeep to make sure no stones were thrown at the jeep? This is just so shocking!!!! #Kashmir

According to press reports, in occupied Kashmir, a complete shutdown is being observed against the cold-blooded murder of a youth and ruthless beating of students by Indian troops in Srinagar and Pulwama districts. Earlier, the Indian troops had shot dead the 19-year-old boy, Sajjad Hussain Sheikh, in Batamaloo area of Srinagar. Meanwhile, the Kashmir University Students Union while condemning the attack on students of Degree College Pulwama called for protests against the brutal act on Monday.