Along with heavy winds and rain, Iota will raise sea levels by as much as 6 metres above normal tides. It is expected to quickly weaken inland, but will dump as much as 76 cm of rain over the next few days.

“This powerful hurricane Iota is already on the front line, it’s already on land. At the moment, the eye of the hurricane is already touching the border of the Haulover coast” in the Caribbean, Marcio Baca, director of meteorology at the Nicaraguan Institute of Territorial Studies (INETER), told a press conference on Tuesday.

Hurricane Iota began whipping a remote coastal area of Nicaragua with catastrophic winds, storm surges and rain on Monday evening, as the region’s leaders blamed climate change for destruction that is pushing millions closer to hunger.

By 0000 GMT, the western edge of the storm’s eye, or the “eyewall” had reached the country, the US National Hurricane Center said. Reuters images showed rain spattering the partially flooded beachside city of Puerto Cabezas on Nicaragua’s coast, and wind rattling the roofs of its one-story buildings.

“We’re all scared for our lives,” said Magdalena Bell, who had taken refuge in a local shelter in Puerto Cabezas.

Along with the wind, Iota will raise sea levels as much as 6 metres above normal tides. It is expected to quickly weaken inland, but will dump as much as 76cm of rain over the next few days.

It’s also the ninth storm to rapidly intensify this season, a dangerous phenomenon that is happening increasingly more often. Such activity has focused attention on climate change, which scientists say is causing wetter, stronger and more destructive storms.

Iota is stronger, based on central pressure, than 2005′s Hurricane Katrina and is the first storm with a Greek alphabet name to hit Category 5, Colorado State University hurricane researcher Phil Klotzbach said. It also sets the record for the latest Category 5 hurricane on record, beating the record set by the Nov. 8, 1 932, Cuba Hurricane.

Eta had hit Nicaragua as a Category 4 hurricane, killing more than 130 people as torrential rains caused flash floods and mudslides in parts of Central America and Mexico. Then it meandered across Cuba, the Florida Keys and around the Gulf of Mexico before slogging ashore again near Cedar Key, Florida, and dashing across Florida and the Carolinas.

Iota was forecast to drop 250-500 millimetres of rain in northern Nicaragua, Honduras, Guatemala and southern Belize, with as much as 750 millimetres in isolated spots . Costa Rica and Panama could also experience heavy rain and possible flooding, the hurricane centre said. 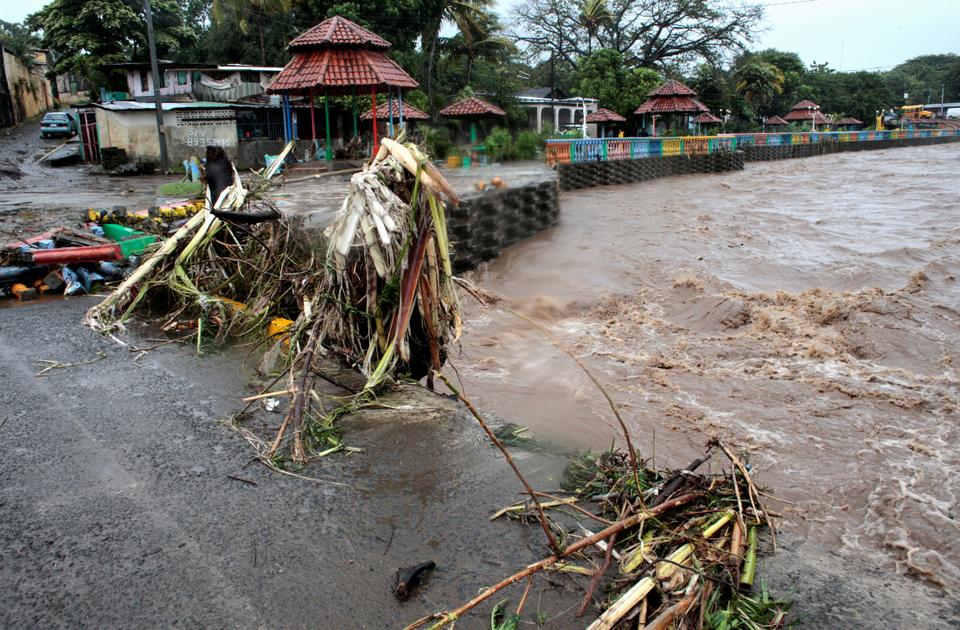 The prospect of more rain was raising the anxiety of those still homeless after Eta.

On Monday, Carmen Isabel Rodríguez Ortez, 48, was still living inside a government shelter with more than 250 people in La Lima, Honduras, just outside San Pedro Sula. Devastated by Eta’s destruction, she quickly broke into sobs as she contemplated the torrential rains of another storm.

“Now they announce more rain and we don’t know what’s going to happen, because our homes are completely flooded.”

Eta was this year’s 28th named storm, tying the 2005 record. Remnants of Theta, the 29th, dissipated Sunday in the eastern Atlantic Ocean.

Over the past couple of decades, meteorologists have been more worried about storms like Iota that power up much faster than normal. They created an official threshold for this rapid intensification – a storm gaining 56 k/ph in wind speed in just 24 hours. Iota doubled it.

Laura and Delta tied or set records for rapid intensification.

The official end of the hurricane season is November 30.

Guatemala’s president on Monday cautioned that Central America would need help from rich countries to stave off more migration, with powerful Hurricane Iota hours from wreaking destruction in the poor region still reeling from recent storms.

“If we don’t want hoards of Central Americans looking to move to other countries with better living conditions, we have to make a wall of prosperity in Central America,” President Alejandro Giammattei said at an event in Honduras with the Central American Bank for Economic Integration.

In 2018, the first of a series of migrant caravans set off from Central America aiming to reach the United States, despite strict migration policies under US President Donald Trump, who has called for building a wall along the US-Mexico border.

Along with the economic impact of the coronavirus crisis, experts have warned the aftermath of hurricane season could fuel a new round of migration from the region.

“A physical wall isn’t going to hold back the needs of the people,” Giammattei added, speaking alongside Honduran President Juan Orlando Hernandez.

Both said Central America has been the worst affected region in the world by climate change, itself spurred by “industrialised” countries.

“This human development won’t be achieved easily and simply through speeches, it will require actions , and actions that come from industrialised nations,” Giammattei said.