AP tally finds 9,300 arrests have been made across the US in connection with recent protests against police brutality.

More than 9,300 people have been arrested in United States protests since the May 25 killing of George Floyd, an unarmed Black man, according to an Associated Press news agency tally published on Wednesday.

According to the tally, Los Angeles has recorded 2,700 arrests since the protests, followed by New York City with some 1,500 arrests. Police in Dallas and Houston, Texas, and Philadelphia, Pennsylvania, have also arrested several hundred people. The toll is likely much higher.

The arrests come amid a crackdown on protests against the killing of Floyd and broader acts of police brutality.

Many have been arrested for curfew violations, which major cities have imposed to quell demonstrations that have at times turned violent, with looting, vandalism and fires.

Some police departments in major cities, such as Houston, say while hundreds have been arrested, “this is an extremely low number … considering the thousands of people in our community demonstrated peacefully”. 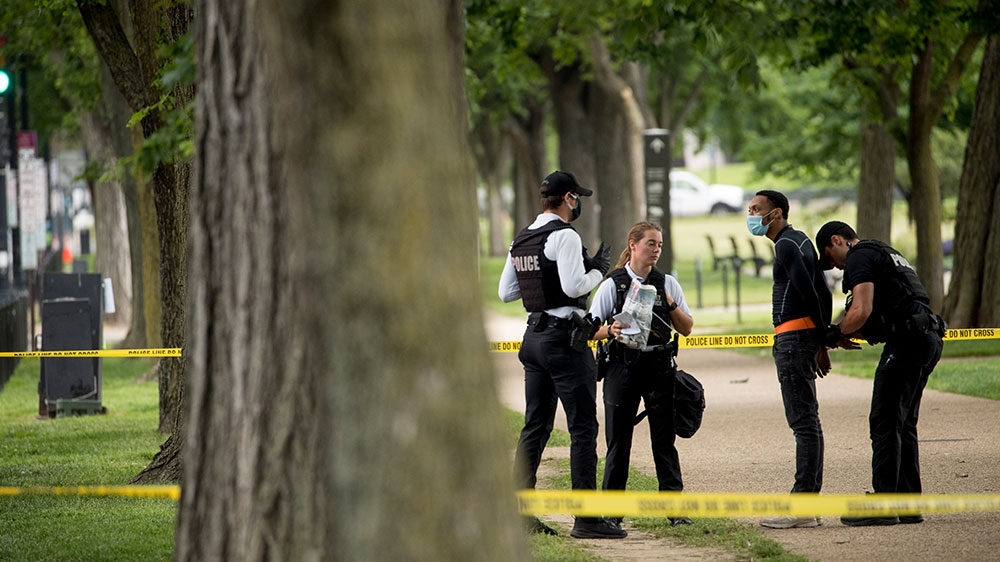 Secret Service agents arrest a man along Constitution Avenue near the White House in the morning as protests continue over the death of George Floyd in Washington, DC [Andrew Harnik/AP Photo]

The tally comes as protests continue to erupt nationwide over the killing of Floyd, who died after a white officer knelt on the 46-year-old’s neck for nearly nine minutes. Video of the incident shows Floyd repeatedly pleading with the officer, saying: “I can’t breathe.” Floyd eventually appears motionless, with the officer’s knee still on his neck.