SWAT: Hira Akbar has become the second student from Swat district after Malala Yousafzai to be nominated for the International Children’s Peace Prize.

Fourteen-year-old Hira is among six students shortlisted out of 200 across the world for the award.

“I’ll continue my struggle for the rights of my fellow students in the district,” she told The Express Tribune at her home in Saidu Sharif.

“The [award]nomination has motivated me to strive for children’s rights across the province,” she added. 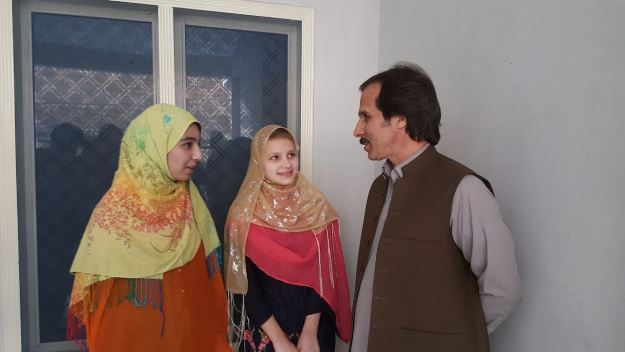 Hira Akbar at her home in Saidu Sharif. PHOTO: Express

Hira, the speaker of the Child Rights Committee’s parliament, has been nominated for the award for her efforts for children’s rights in Swat.

Malala, who was shot by the Taliban militant after campaigning for girls’ right to education, had won the prestigious International Children’s Peace Prize in 2013.

The International Children’s Peace Prize, an initiative of the Dutch based KidsRights Foundation, was launched in 2005 by former Soviet leader Mikhail Gorbachev, when he chaired the Summit of Nobel Peace Laureates in Rome.