Search
HomeNewsNational
By Web Desk on May 18, 2018 National News

QUETTA: The heroics of an assistant patrolling officer of the Motorway Police helped mitigate a major terrorist attack in Quetta late Thursday night.

The provincial capital witnessed a major terrorist bid where five suicide bomber, attempting to storm the FC Madadgar Centre, were intercepted and killed by security forces. 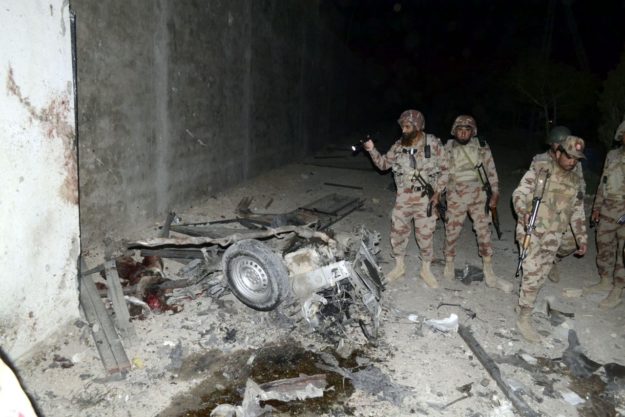 The first suicide bomber detonated an explosive-laden vehicle at the entrance while four others tried to enter the centre but were challenged by security personnel manning the gate. 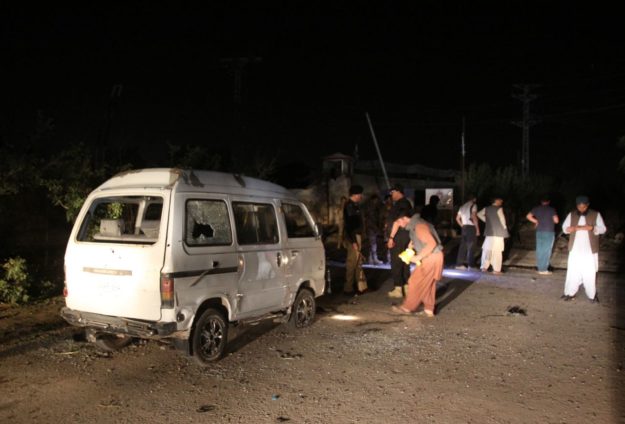 According to the ISPR, four soldiers were also injured in the ensuing exchange of fire and were shifted to the CMH in Quetta for treatment.

The militants mounted the attack in retaliation for the killing of the Balochistan Lashkar-e-Jhanvi chief Salman Badeni, a day earlier, in one of the city’s most secure neighbourhoods near Quetta cantonment. “The failed terrorist attempt was [in]response to [the]killing of [a]key terrorist on Wednesday night in a search operation in the Killi Almas area,” read the ISPR press release.