WhatsApp just introduced 5 new features in its latest update. The app developers are busy working on some brand new features as WhatsApp is the most popular chat app in the world, the Facebook-owned chat app has been introducing many features since the app launched back in 2009. So without further ado, let’s get to the list of new features of WhatsApp.

WhatsApp feature is already rolling out for the latest Android beta version (2.18.97) of the app. It allows users to migrate their account information, groups, and settings to a brand new number without deleting the account. This feature will be quite useful to WhatsApp users who want to ditch their old number. The best thing about this feature is that it will be able to notify all their contacts about having switched from an old number to a new one.

Users can now even narrow this down to contacts they’ve had chats with or any specific contacts. To use this feature of change number, you can go to the WhatsApp Settings and then Account and then select Change Number. It can be shown in the image below.

The feature is currently in the beta version, but it should be coming to the regular version on iOS and Android soon. The feature is for QR codes, it enables monetary transactions. You can send money with QR codes, you will have to enable WhatsApp payments. To use the feature, WhatsApp users have to go to Settings > Payments > New Payment and then QR code. This will open your camera, that will look for a compatible QR code. Once that QR code is recognized. Users can enter the desired amount to initiate the payment. For now, the feature is available in India, and it will be soon launched in Pakistan when the beta testing of the feature is completed.

3. WhatsApp introduced stickers that could be added to your photos and videos.

The new stickers in WhatsApp allow users to tag the current time, a location, on any photos and videos sent to an individual user, or group chat. The feature also lets users search for the sticker they want in the doodle view. The new stickers will appear at the top of the WhatsApp stickers menu. The can be opened by selecting the plus icon next to the text bar on the chat menu, then you can choose from ‘photo & video library’ and finally selecting the emoji icon you desire to be added on your photos or videos. If you want to search in the Whatsapp stickers search bar, users can type in the desired keyword and it will show all relevant stickers.

WhatsApp has an interesting update, which lets you receive voice messages from a bunch of friends and listen to them while using other applications. The new feature makes using your phone very easy, it allows users to listen to voice messages even if we lock our phones or switch to another app, so we won’t have to stick to the WhatsApp interface in order to listen to received voice messages. 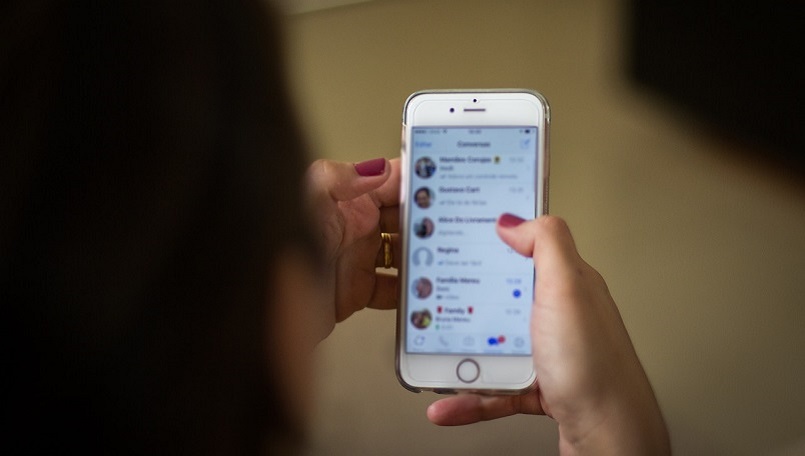 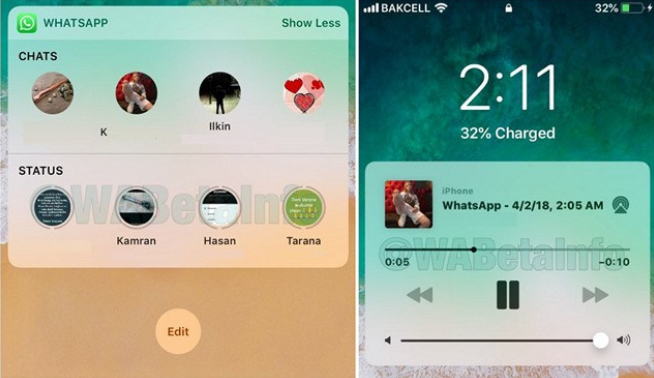