Google has paid homage to one of the most iconic voices of the 20th century with a doodle. Google occasionally pays tribute to famous personalities around the world by changing the doodle on its search page.

You can take a look at the recent Google Doodle here, which depicts Mehdi Hassan, the ‘Shahenshah-e-Ghazal’, playing the harmonium. 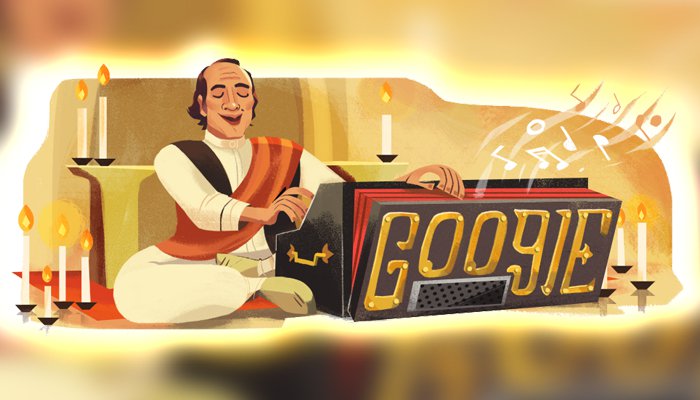 Mehdi Hassan, also known as the King of Ghazal, was born on 18th July 1927 in Luna, Rajasthan, India. The family then migrated to Pakistan after the partition in 1947.

Hassan had his first break as a singer when he first appeared on Radio Pakistan in 1957.  There was no looking back from that moment on, as Mr Hasan went on to become the best Ghazal singer of the region.

He featured in several movies as well as a playback singer. His first ever song for a movie was “Jis Ne Mere Dil Ko Dard Diya” that he sang in 1962 for the movie “Susral”.

Mehdi Hassan’s performed as a singer in more than 300 movies during his career. He was honored by the government as well with accolades like Nisha-e-Imtiaz, Pride of Performance, Hilal-e-Imtiaz, and Tamgha-e-Imtiaz to his name.

Mehdi Hassan died on 13th June 2012 in Karachi after a protracted illness.