“Foolproof” security arrangements have been made nationwide to ensure the peaceful passage of Ashura.

In a statement, Minister of State for Interior Shehryar Khan Afridi emphasised the prime minister’s desires of state institutions securing citizens’ lives and properties. “Ashura is an occasion to pay respect to the martyrs of Karbala. The entire world marks the event in solidarity,” the document read. 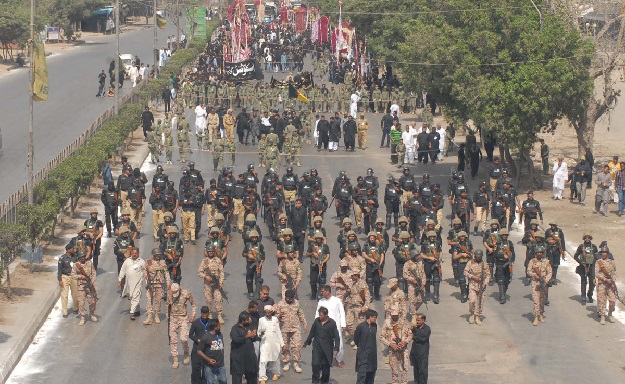 Punjab IGP Muhammad Tahir said police will remain on high alert province-wide. He said proceedings will be monitored round-the-clock on Muharram 9 and 10. Tahir said sniffer dogs and bomb disposal squads will be deployed to secure processions. He said personnel will only allow vehicles and motorcycles to be parked at a distance of 100 metres from mosques and imambargahs.

Two thousand policemen will secure imambargahs and processions in Sialkot. 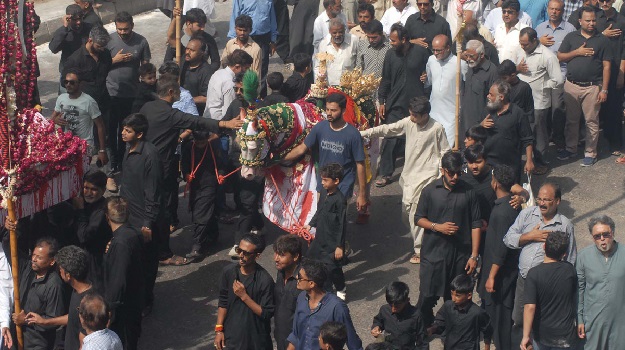 In Karachi, the provincial government has taken stringent measures to ensure the peaceful passage of Ashura. Over 7,ooo policemen have been tasked with securing proceedings. Pakistan Rangers men and personnel from other law enforcement agencies have also been deployed.

The Karachi Metropolitan Corporation (KMC) has removed all encroachments on procession routes. Major thoroughfares have been sealed.