ISLAMABAD: The 13th summit of Economic Cooperation Organization (ECO) concluded on Wednesday with adoption of the Islamabad Declaration.

Prime Minister Nawaz Sharif in his concluding remarks said that Pakistan being founding member of the ECO was committed to progress through regional integration.

He said the summit provided the opportunity for discussing areas of cooperation among the members countries for the benefit of their population.

The prime minister emphasized on greater connectivity and trade links between member countries. “The ECO region is rich in resources and capabilities. It is time to make momentous advancements,” he said.

In his inauguration address, the PM said VISION 2025 will provide achievable opportunities for the region. “ECO sets example of regional cooperation,” said the prime minister.

“CPEC is being recognized as catalyst for regional stability,” he said, adding that Pakistan’s current economic performance is living up to expectations.

The next ECO summit will be held with mutual consensus of the member countries and will be communicated through the ECO Secretary General. 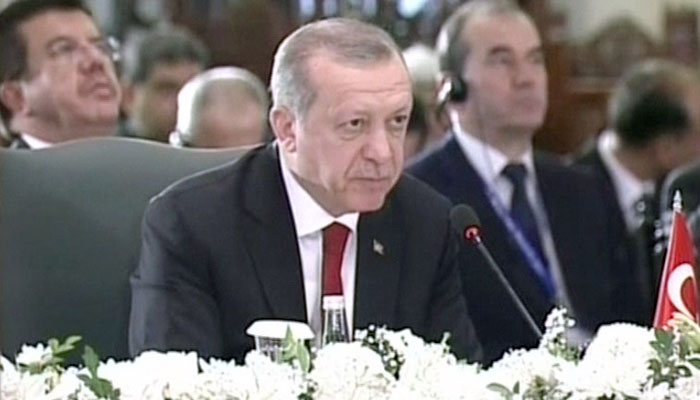 “I invite all member countries to participate in regional development,” Turkish President Tayyip Erdogan said, adding that Turkey has initiated several projects to promote development in the region.

The Turkish president said that it was important for member countries to communicate with each other adding that the region could benefit from the collective strengths of its people.

Prime Minister for Kyrgyzstan Sooronbay Jeenbekov said that promotion of science and technology is important to promote peace.

The summit, taking place after a gap of five years, coincides with the 25th anniversary of the expansion of the bloc established in 1985. The summit’s theme is ‘Connectivity for Regional Prosperity’. Discussions at the meeting will focus on prospects of cooperation in the fields of connectivity, trade, transport and energy.

China has been invited as a special guest in view of extra emphasis at the summit on connectivity and integration.

“Connectivity for regional prosperity is the theme of the ECO Summit,” said Adviser on Foreign Affairs Sartaj Aziz said in an earlier statement, adding that the forum will be helpful in deciding on ways to increase cooperation in areas such as trade, energy, tourism, economic growth, and productivity among other things.

Stringent security measures have been put in place in Islamabad to ensure the safety of the attendees and public. Roads leading to the summit’s venue have been closed to traffic.

A public holiday has been announced in the federal capital on the occasion of the ECO summit.