GAZA: At least 31 people were wounded by Israeli army gunfire and rubber bullets, medics said, in Palestinian protests in the occupied West Bank and the Gaza Strip on Thursday after the United States recognised Jerusalem as Israel’s capital.

Meanwhile, an Israeli siren phone application sounded that rockets were fired at Israel at various locations near the Gaza Strip on Thursday but there was no initial confirmation of any hits in Israel, the military said.

The siren warning sounded on a day of heightened tensions following protests in the Gaza Strip and the occupied West Bank in which Palestinians protested at US President Donald Trump’s announcement on Wednesday that he was recognising Jerusalem as Israel’s capital city.

In the West Bank cities of Hebron and Al-Bireh, thousands of demonstrators rallied with chants of “Jerusalem is the capital of the State of Palestine”, witnesses said.

Some Palestinians threw stones at soldiers. Eleven protesters were hit by live fire and another 20 by rubber bullets, medics said.

A military spokeswoman said soldiers had used “riot-dispersal gear” against hundreds of rock-throwers.

In the Gaza Strip, dozens of protesters gathered near the border fence with Israel and threw rocks at soldiers on the other side. Seven protesters were wounded by live fire, one was in a critical condition, the health ministry said. 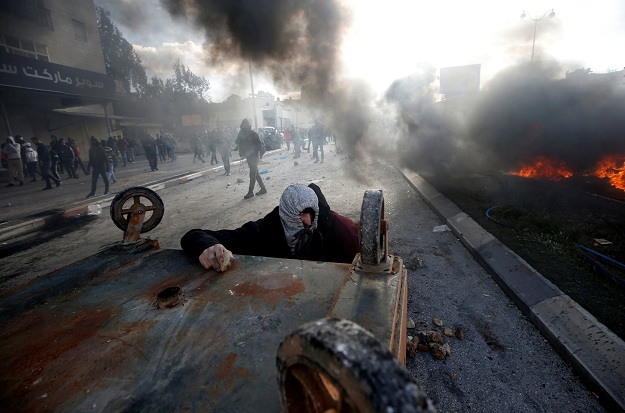 Four people were wounded by live gunfire in the West Bank and another 20 were hit by rubber bullets, health officials said. An Israeli military spokeswoman had no immediate comment.

Palestinian authorities called a general strike in protest at US President Donald Trump’s announcement about Jerusalem on Wednesday.

Palestinians want the capital of an independent state of theirs to be in the city’s eastern sector, which Israel captured in the 1967 Middle East war and annexed in a move never recognised internationally. 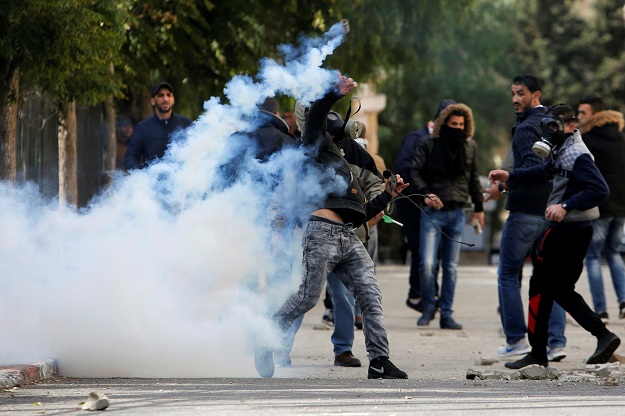 Member of armed groups including from Palestinian President Mahmoud Abbas’s Fatah faction, appeared at a news conference in Gaza, their faces hidden by masks and called for a resumption of armed resistance in the West Bank.

Abbas travelled to the Jordanian capital, Amman, to meet King Abdullah where he updated him on the latest developments, the Wafa news agency said.