China on Wednesday expressed concern over India’s plans to build a road along the remote eastern part of its border, saying it hoped India would not “further complicate” the festering disagreement.

In September, India eased curbs on building roads and military facilities within 100 km (62 miles) of the contested border in remote Arunachal Pradesh, so as to hasten construction of some 6,000 km (3,730 miles) of roads.

The move came as Chinese President Xi Jinping visited India, in a bid to defuse the deep distrust between both countries, despite growing trade and business ties.

A senior official in the Indian home ministry’s border management department said the ministry was seeking cabinet approval for the road in Arunachal Pradesh and had preliminary support from the Prime Minister’s office.

“The minister of state has conceived the idea of building a road that could be about 2,000 km (1,240 miles) long. The project has not been given Cabinet approval but the preliminary nod from the PMO has come,” said the official who asked not to be named because he was not authorized to speak to the media.

“China has already spread their network of roads and rail network near the border. Whatever we make on our territory should not be a concern of China.” 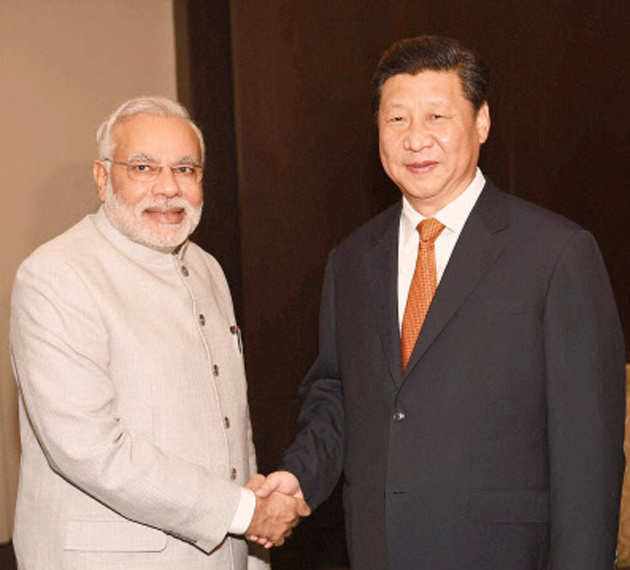 “The border issue between China and India is a problem left over by the colonial past. Both China and India need to work together to solve this problem,” he told a daily news briefing.

“Before the border problem is solved, we hope the Indian side will not take any action that could further complicate the relevant issue, so as to preserve the current situation of peace and stability in the border area and create conditions for the final settlement of the border issue.”

Last month, India and China agreed to pull back troops ranged against each other on a remote Himalayan plateau on the other side of the country from Arunachal Pradesh, ending their biggest face-off on the disputed border in a year.

The two armies had mobilised about 1,000 soldiers each in Ladakh, each accusing the other of building military infrastructure in violation of a pact to maintain peace until a resolution of the 52-year territorial row.

China defeated India in a brief war in 1962 and the border has remained unresolved since, despite 17 rounds of talks.

The two armies cannot even agree on where the line of actual control, or the ceasefire line following the fighting in 1962, lies, leading to face-offs between border patrols.