SLAMABAD: Pakistan Aeronautical Complex, Kamra brought another feather in its cap, when it signed an agreement with Azerbaijan for sale of ten Super Mushshak aircraft to Azerbaijan Air Force.

This contract would also include operational training and technical support and assistance to Azerbaijan Air Force. This landmark agreement will further strengthen the bilateral ties between the two brotherly Countries. 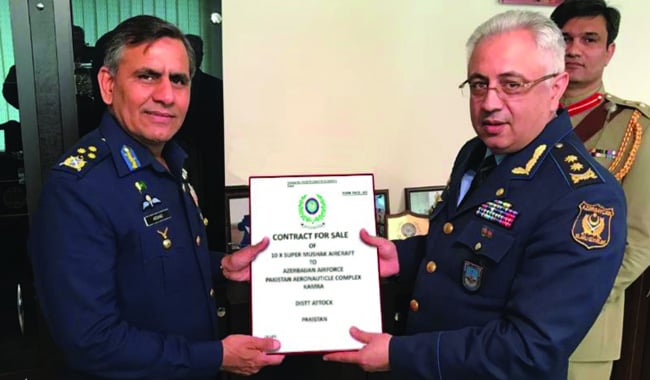 Indigenously produced Super Mushshak aircraft is equipped with most modern equipment and capabilities which makes it one of the best military trainer aircraft.

Approximately 300 Super Mushshak aircraft are being used by the Pakistan Air Force  and Pakistan Army for military training of pilots and other defense related activities.

This contract would not only open new avenues for export of aviation equipment to foreign countries but also help in generating revenue for the country. The aircraft is already in service with Saudi Arabia, Oman, Iran and South Africa.